Let's get this out of the way up front: I'm an eccentric baby boomer. I mute ads on commercial radio stations and do the same thing while watching TV... drives my wife crazy.

I cannot stand the onslaught of drug advertisements—and don't get me started on political ads. 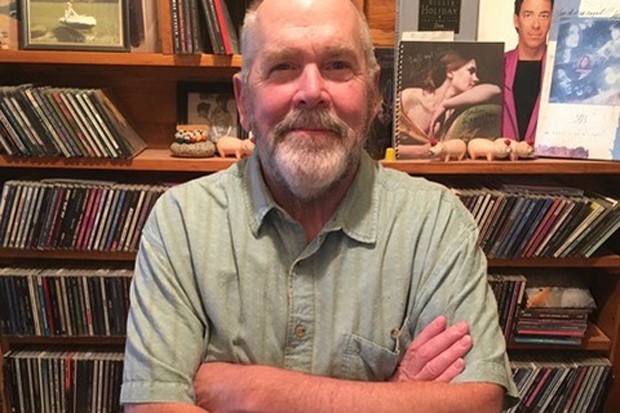 And I'm cheap. I love Spotify, but will never pay for a subscription, preferring to...you guessed it...mute the ads. I'm still fuming over the $1 increase Netflix imposed for its streaming service.

But, being a community-minded, public-radio type of guy, I have no problem supporting the local community radio station, KPOV, as well as the NPR affiliate, KLCC.

And I understand that community stations need to thank their supporters. I tolerate these spots because, for the most part, the supporters and sponsors genuinely believe in the station's mission.

That's why I was pleasantly surprised while surfing the FM airwaves recently. Stopping at 96.5 FM I heard a voice tell me I was listening to JiveRadio, "schizoclectic radio" for Central Oregon. A Frank Zappa tune followed a Willie Nelson song. Frank Zappa? I hadn't heard a Zappa tune since my days growing up near Boston listening to WBCN.

And no ads. I was hooked.

The station's founder, owner, and engineer is Jeff Cotton, who the Source has spotlighted before. Cotton's "street cred" will blow you away.

"I worked for Bill Graham in San Francisco in the '70s and was on a house crew at Winterland as an audio engineer," Cotton told me.

Yes THAT Bill Graham—the rock concert promoter in the '60s and '70s, and THAT Winterland Ballroom, considered one of the greatest music venues in San Francisco.

Without a hint of ego, Cotton continued to floor me with his background.

"I toured with the Grateful Dead—that was my first tour as an audio engineer. The Dead, Jefferson Starship, Heart and The Commodores were my five major national tours," Cotton said. "Musician-wise, on a professional basis, I've pretty much worked with almost anybody you've heard of in popular rock and roll."

Cotton was on the road to live music industry prominence, adding to his experience and industry credibility, when he decided to do his own thing in Nevada.

"In the late '70s I moved up to Reno (Nevada) and tried to be the Bill Graham of Reno. I produced the Hot August Nights concerts and the Coliseum events up there every summer," said Cotton.

Listening to Cotton recall the groups he worked with helped me understand why he coined the term "schizoclectic" for his later work in radio. "I've worked with Chuck Berry, Ray Charles, B.B. King, Bo Diddley, Frankie Valli, The Temptations and Jerry Lee Lewis. It's amazing to me how many people I've worked with over the years." Cotton says his favorite people to work with include Randy Newman and Bonnie Raitt.

Cotton's first exposure to what he now considers "jive" radio was through an eclectic station in northern California.

"Actually, the base DNA of JiveRadio came out of KFAT radio in Gilroy California. Really well known in the '70s, it was the station that, by most accounts, coined the term Americana," said Cotton.

Fast forward about 30 years and Cotton would adopt that programming style for his own radio stations. "I don't claim to have invented it—but it's a sort of no-borders, inclusive music."

In 2007 Jeff, his wife Sheila and Bruce Van Dyke founded the Open Sky Radio Corporation. A 501(c)3 nonprofit, the corporation's mission is "to simply provide information, education and culture to the otherwise culturally empty aether of the region." The region stretched from Surprise Valley, California, south to Gerlach and into the Truckee Meadows of northwestern Nevada.

The Cottons have close friends in Madras and have always liked the area. A twist of fate led them to acquire the 96.5 FM frequency.


"A friend of mine who helps LPFM's and community radio stations get started, Todd Urich of Common Frequency, alerted me that the license was dormant and available," Cotton said.

"I knew there was nothing else like JiveRadio in the (listening) area, so I snapped up the license and built the station," he added.

While they're still working out the kinks with the transmitter on Grizzly Mountain near Madras, Cotton feels good about its overall power. "The station comes in pretty steady from Sunriver all the way to the north side of Warm Springs."

"We want to expand into live music, to carry live concerts. I believe in the magic of a show, a concert that's being carried out beyond the walls of the venue," said Jeff. "As an example, the California Honeydrops played The Belfry recently. I'd like to carry "Live at The Belfry in Sisters, the California Honeydrops" and push it out beyond the venue itself to the wider listening community."

The technology is certainly available for concert broadcasting. And Cotton, concert promoter turned radio visionary, believes everyone will benefit.