Buehler Calls on Leaders to Step Down 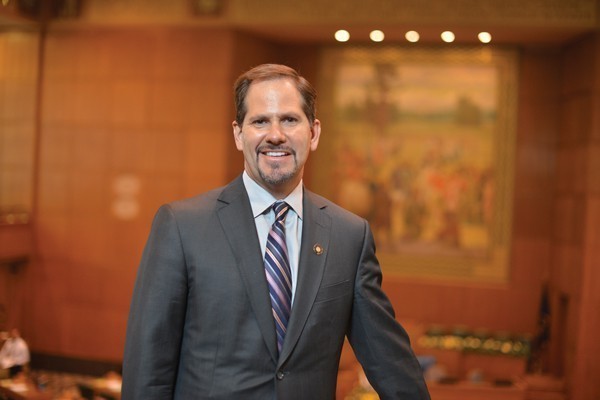 On Aug. 1, gubernatorial candidate Knute Buehler (R-Bend) called upon Senate President Peter Courtney (D-Salem) and House Speaker Tina Kotek, (D-Portland) to step down in the wake of an official complaint the two Democrats mishandled sexual harassment complaints at the Capitol.

“Accountability and change begins with the people in charge who failed to prevent, failed to properly investigate and possible covered-up serious allegations of sexual harassment within the Capitol,” Buehler wrote in a statement posted on his Twitter account. 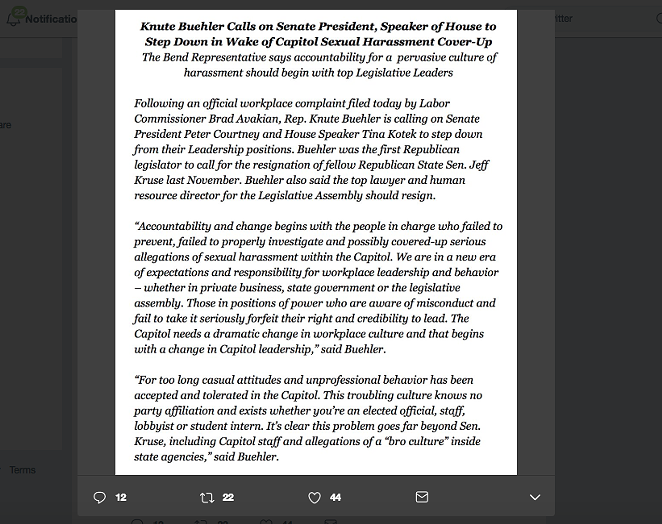 Brad Avakian, Bureau of Labor and Industries commissioner filed the BOLI complaint Aug. 1 writing: “Respondents have permitted a generally hostile environment based upon sex, including by not limited to subjecting multiple individuals in the Capitol to unwelcome conduct of a sexual nature. Individuals subjected to the hostile environment and discriminatory conduct included legislators, employees, lobbyists, and student interns.”

Also on Aug. 1, Kotek and Courtney co-authored a memo sent out to the Capitol Community that read in part, “We are committed to ensuring the that Capitol workplace is open, safe, and accommodating to all those who engage in the legislative process. We are working on several changes to improve our workplace by…”

See related PDF BOLI-Complaint-Memo-8-1-18_2.pdf “We are in a new era of expectations and responsibility for workplace leadership and behavior—whether in private business, state government or the legislative assembly,” Buehler wrote. “Those in positions of power who are aware of misconduct and fail to take is seriously forfeit their right and credibility to lead. The Capitol needs a dramatic change in workplace culture and that begins with a change in Capitol leadership.”