After a host of bugs come in, our Natural World columnist has something to say 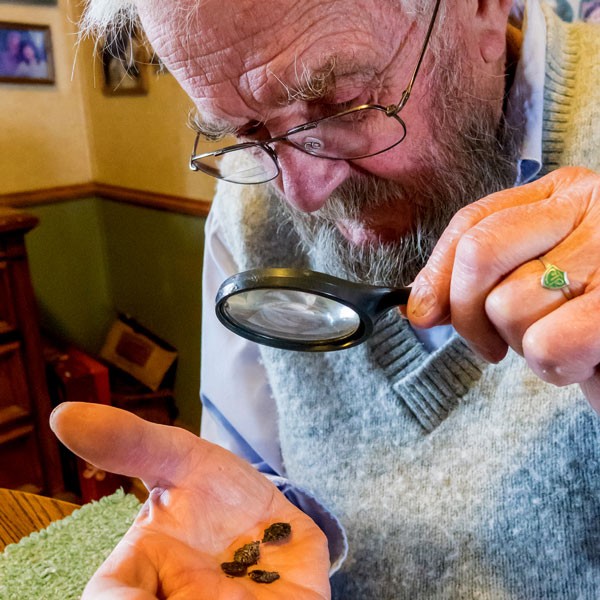 Enough is enough, all you good people! I'm all bugged out!

Thank you for the response to my request for the bugs mentioned in my kissing bug piece, published in the Source Feb. 14. Those of you who sent me notes about bugs in their lives—and especially those who sent me the actual bugs and left them at the Source office and other places—helped me to achieve the end I was looking for: knowing a good cross-section of the bugs that are active around Central Oregon in February and March, and also answering the question of whether any were those repulsive, disease-carrying kissing bugs.

Most of those I received from all you wonderful people are plant suckers: no assassin or kissing bugs. And, as most of them were found in or near woodpiles, it wasn't surprising that most were western conifer seed bugs, while the others are pests of other plants. None—happily—are suckers of human blood.

I very much appreciate the response to my request for bug samples. I had a similar experience back in the mid-'60s when hundreds (if not thousands) of snowy owls from the far north invaded this part of the country, some traveling as far south as San Franscisco.

I was the staff naturalist at the Oregon Museum of Science and Industry that year, and also writing for The Oregonian's magazine insert. As a result of the paper publishing my story on the snowy owl movement, readers responded to my request for owls they observed, and I personally handled over 215 of them. Dr. Matt Maberry, the zoo vet in Portland, flew us around the state in his sweet old Mooney airplane, checking on the notes I received from Oregonian readers.

You might be surprised to know that most of the owls that made it this far were starving to death. Some actually died in my hands when I picked them up from the ground. However, those that stopped in the tundra-like habitat with sand dunes and grasses made a living on the local voles and survived to go back north.

So, thank you again for bugging me out. It's gratifying to know so many enjoy my work and equally enjoy helping me out when I need it. Still, when you go to Arizona and other locations down south, knock any bug off of you that's dark and fat-looking.