Bend-based company, Respect Outside, aims to prevent sexual misconduct and gender inequity in the outdoor industry

Sustainability is a huge part of the outdoor industry. For many companies, part of the mission is to offer greener products, or to make operating procedures more sustainable. But as Gina McClard and Jim Miller saw it, outdoors-based organizations should be dedicating a similar level of effort to creating safe workplaces and fostering gender equality. And thus, Respect Outside was born.

Founded in Bend in 2019, Respect Outside is helping inform and teach businesses in the outdoor industry how to practice gender equality, recognize misconduct, rid a company of biases, create a safe work environment and build trust among teams. "Other industries look to the outdoor industry to be better stewards. We were talking about that, and she [McClard] said, 'What about women's issues?'" Miller told the Source. "We started thinking that this was a service we could offer that would be really well received."

Miller has worked in the outdoor industry for over 30 years, from raft guiding for Mountain Travel-Sobek, marketing for brands and previously owning what is now Tumalo Creek Kayak & Canoe. McClard is a graduate of Lewis and Clark Northwestern School of Law. She's been involved with the Oregon Attorney General's Sexual Assault Taskforce, the Oregon Governor's Council on Domestic Violence, the National Coalition Against Sexual Assault and more. Miller says McClard is the "guiding light" in this effort, even helping educate him at times.

Currently, nine states mandate sexual harassment training in the workplace. Oregon is not one of them.

"What we want to do is move beyond compliance," says Miller. "We want to move beyond the policies and procedures."

Feeling safe and heard in the workplace should be a given. But in an industry that is still male- and white-dominate, Respect Outside wants to break down barriers and blinders to make it more inclusive—and ensure protections are in place. 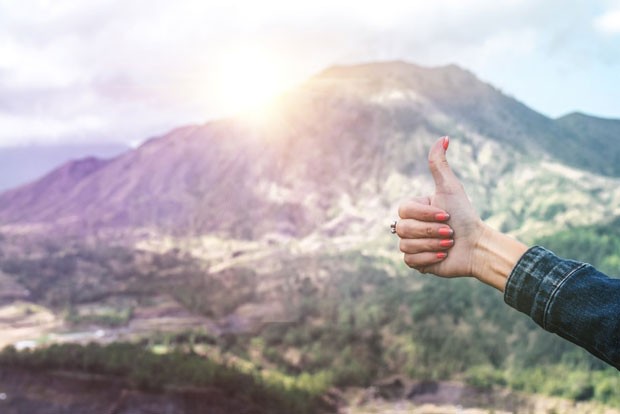 "There's kind of this unique profile of people who work in the outdoor industry that's kind of different. I don't want to call it outlaw, but it's like, 'I am outside of the law.' And in some cases, it's kind of that non-traditional work environment. It's often very alcohol-fueled," Miller says. "It's a different workplace than you see in others. We look at trust, right? Trust is big in outdoor pursuits. Whether you're rafting down the river, putting a lot of trust in the guide or climbing and you're belaying somebody. We want to bring that same level of trust into the workplace that you know and expect in the outdoors."

Respect Outside works to build continuous relationships with the companies with which it partners. It considers each company's specific needs and how to properly implement procedures and plans to fit within that business' culture. When it comes to company policies, as Miller mentions, oftentimes an employee will just sign a form and throw it into a filing cabinet—a practice that screams "good enough."

As a third party, Respect Outside also aims to serve as a bridge to employees who otherwise might not have felt comfortable going directly to HR or filing a report about an issue in the workplace.

"We have had people say that this is bullsh*t, that it's way too far with the political correctness, 'I can't even talk to a woman at the bar anymore.' And I would say, yes, you most absolutely can. You just can't say things that are inappropriate," says Miller. "So, like, 'I can't even hold a door open for a woman?' Yes, you can. As long as you open it for men, too. Treat everyone the same. If you just have that lens of, I'm going to hold the door open for you, I hold the door for women, I hold the door for non-binary people. It's funny, because what it comes down to is—remember kindergarten? And the golden rule? Just treating everyone the way you want to be treated. It is that simple."

In Bend, Respect Outside is already partnered with RuffWear to deliver its trainings and support. While the company started in Bend, Miller and McClard expect to work with companies nationwide.