Some of the big plans from a $268 million construction bond that voters passed in 2017 have started showing up in time for this school year at Bend-La Pine Schools. 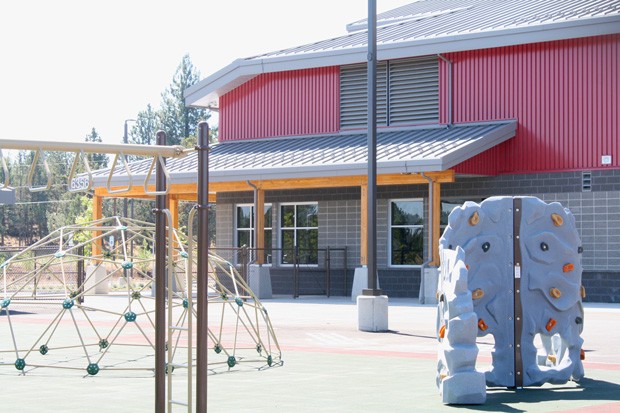 The biggest change is the new North Star Elementary School at O. B. Riley and Cooley roads in north central Bend. A public celebration will take place Thursday, Aug. 29 before the school's first students arrive.

Gehrig said that he and staff are excited to work in the new school.

"The most exciting part is the first day of school," Gehrig said—along with getting students into the new building. "They're the most fun part."

North Star has about 279 students enrolled, with most of the teaching staff brought in from other schools in the district and some staff hired new, Gehrig said. He noted various features of the building—classrooms surrounding a common area; LED lighting that will save energy; security features at the entry where visitors will need to walk into the front office first.

The two-story, 72,000 square foot building with 24 classrooms has capacity for 600 students, according to Mike Tiller, the district's executive director of facilities. With a similar design to the Silver Rail Elementary School built in 2015, it has a gym, cafeteria and library, plus playgrounds and fields. It sits on about 10 acres. It took about a year to build and came in on schedule, Tiller said. North Star's projected expense is about $31.4 million—coming in under the budgeted amount of more than $33.1 million, according to Tiller.

The bond aimed to complete about 150 projects, such as the new elementary school and a new high school, plus various renovations and upgrades at existing buildings. That included plans to replace leaking roofs and windows; upgrade heating, ventilation, electrical and plumbing systems; improve boilers, HVAC and lighting systems; add and renovate classrooms and other spaces; upgrade health and safety features such as cameras, intercoms, technology wiring and cabling; and redesign entrances. Leading up to the bond measure, the community had emphasized the importance of preserving existing assets and maintaining them for future use, Tiller noted.

The school district had stated that more than half of its elementary schools and all of its high schools in Bend were near or over their capacity due to growing enrollment. District enrollment grew by more than 5,000 students from 2000 to 2016 and the trend will likely continue—with nearly 3,000 students expected over the next 10 years. The fifth-largest school district in Oregon, Bend-La Pine Schools has 18,375 students and employs more than 2,000 people, according to district information. The district covers 1,600 square miles and is made up of 34 schools, including North Star, plus two charter schools.

The 50-year-old school on Northeast Neff Road is undergoing a complete interior modernization over a three-year stretch. The first phase completed two of the school's six buildings; the second phase continues on two others; and the third phase in spring 2020 aims to complete the last two buildings by fall 2020.

‘We’ll be ready for the students…It will feel very new for the kids, for sure.’—Steve Stancliff, Pilot Butte Middle School principal tweet this

"It's like gutting a house and starting over," Tiller said of the work that includes new flooring, ceilings, lights, technology, furnishings and other elements.

Steve Stancliff, principal of Pilot Butte Middle School, said the upgraded classroom designs improve the layout, structure and acoustics of classrooms, making them more functional. A reconfigured art room consolidates the art space for ceramics and visual arts—formerly in separate buildings—so that the art teacher can stay in one place.

Workers converted an old woodshed into a design center, a more contemporary space where students can work a creative idea through the research, design and building stages. One such effort, an "evolution of junk," involves students bringing in old items to make them functional in different ways.

The Life Skills Program that serves those with intellectual and physical disabilities is moving from one building to another that has a dedicated kitchenette, bathroom, shower and laundry facilities, Stancliff said. Its more central location makes it easier for those students to access transportation, the gym, outdoor facilities and the cafeteria, he noted.

Stancliff said he's also excited about simple elements such as getting more ambient light through new windows, and about the technology upgrades that allow teachers to be more mobile and not tethered to a certain spot. Total school enrollment remains about the same from last year at approximately 675 students, Stancliff said.

"We'll be ready for the students," he said. "It will feel very new for the kids, for sure." 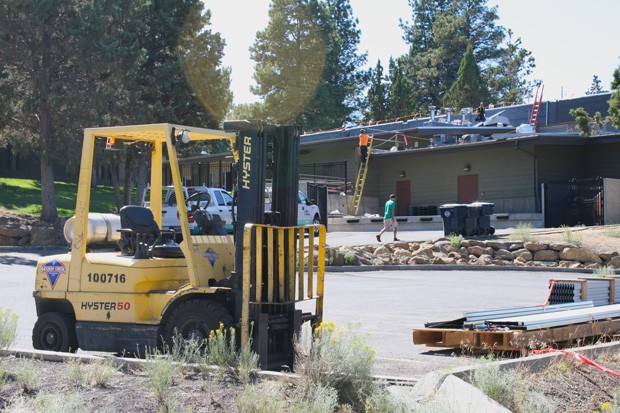 The first phase had included safety upgrades to the entry and moving the administrative offices to the front of the building from the back; updates to science classrooms and infrastructure in labs; and upgrades to the music room that leveled it from a tiered lecture-hall style to let musicians perform as they would in an auditorium, with its sight lines and acoustics, Stancliff said. The change also makes the space more functional for instructors and more accessible for those with disabilities, he said.

The budget for the ongoing work at Pilot Butte is more than $14.2 million, while the projected expense—the best cost estimates to date—now stands at about $13.9 million, according to Tiller.

BLPS has been designing the newest high school for more than a year and has started some construction at the site in southeast Bend off Knott Road and 15th Street. The school could open in September 2021.

That two-story, 260,000 square-foot building will have 60 classrooms, plus career and technical education classrooms, a library in its center and open spaces for groups to collaborate. It will also have two gyms, a 600-seat auditorium and two secure main entries.

It will sit on 50 acres. Another 25 acres connected to the north could host a new middle school in the future. Athletic spaces include a football field with artificial turf, a track, two baseball fields, two softball fields, four multi-use fields for sports such as soccer and lacrosse, and eight tennis courts.

The budget for the new high school is more than $129 million, while projected expenses stand at about $137 million, according to Tiller.

The budget for Marshall's upgrades is more than $6.9 million and the projected expense is nearly $8.2 million, according to Tiller.

Planning will continue for schools. The district will soon start a process that reviews growth, enrollment and capacity and the district's needs over the next several years for sites and facilities, Tiller said. A committee will form in fall 2020 and a report in spring 2021 will detail enrollment, projections and needs going forward.