I just watched four entirely disparate films, and because of that I can't imagine a better time to check in on the current state of movies. This last weekend I went to an animated family film, a new body horror film by the reigning master of the genre, a gentle French drama about motherhood and disturbing fairy tale from the mind behind "Ex Machina" and "Annihilation." All four were good to great in completely different ways and, taken as a whole, prove that there are really no boundaries to the form of cinema.

"The Bob's Burgers Movie" is really just an extended episode of the TV show, focused on a giant sinkhole that opens up in front of the titular restaurant right at a time Bob and family need to sell enough burgers to pay a bank loan back for all the kitchen equipment. All the voice actors and creative team have been working on the show for more than a decade, so the movie just plays like an effortless victory lap that feels like a warm hug for fans of the show. The humor and the heart are front and center, reminding us that even though "Bob's Burgers" might not be as big or popular as the "Simpsons" or "Family Guy," it's filled with its own unique and special charms.

"Crimes of the Future" is David Cronenberg's first step back into the realm of body horror since 1999's "eXistenZ," and boy is he making up for lost time. Viggo Mortensen plays a performance artist who is growing organs in his body that don't have a purpose, so, along with his surgeon/artistic partner, he removes them for an audience in awe of his art. Definitely not for the squeamish, this Body Noir Dream-Mare is at times very hard to look at while being absolutely mesmerizing, with thematic ideas about bodily autonomy and the new human evolution that will only gain relevance as the film ages.

"Men" is a deeply disturbing mind-f*ck that tells the story of Jessie Buckley, a woman who has just gone through witnessing the suicide of her husband and heads out to the English countryside in order to try to heal. She runs into several different horrible men, one after another, who either stalk her, demean her or attack her (and they're all played by the great English actor Rory Kinnear). For fans of that very specific brand of A24 horror, "Men" combines a folk horror fairy tale with a postmodern deconstruction of the patriarchy and a brutal look at generational toxic masculinity that manages to be extremely freaky, while also being a massively metaphorical conversation piece. 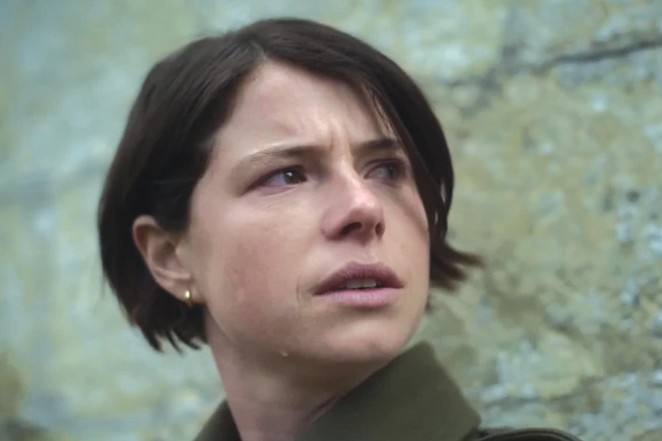 Finally, the French charmer "Petite Maman" is a lovely and tender magical realist exploration of an eight-year-old discovering herself through a bit of time travel. Filmmaker Celine Sciamma lovingly examines the relationship between mothers and daughters in a way that's both universal and personal, allowing the audience to feel their catharsis for their own past regrets regarding family. This is such a beautiful and deceptively profound little movie that, at 72 minutes long, feels like a minor miracle.

If you have already seen (or have no intention of seeing) the new "Top Gun," there are so many more options to choose from. There's literally something playing for everyone right now, regardless of taste. The fact that movies can cover such a wide range of emotion, genre and human experience never fails to amaze me.