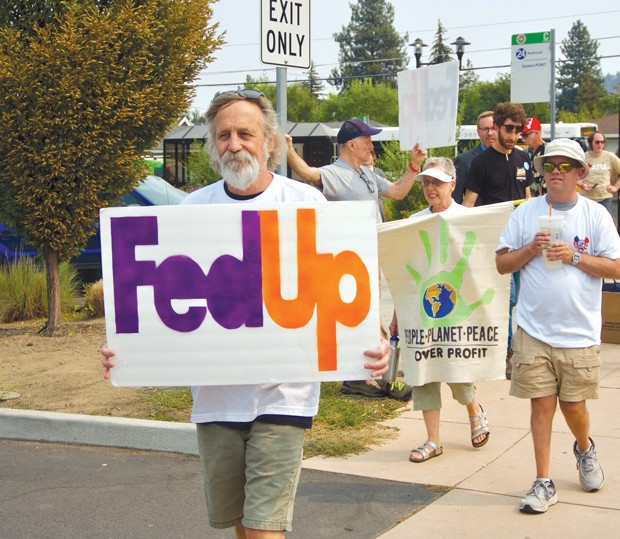 According to Andrew Riley, communications coordinator for the ATU Local 757, CET drivers—which operate the fixed-route and dial-a-ride service in Bend—work for Paratransit Services, a Bremerton, Wash., company which pays drivers an average of $14 per hour. At that pay level, drivers make just over half of the area's median income of $55,625. And, Riley said, they work with poor to no health benefits.

By way of comparison, Riley said Central Oregon Intergovernmental Council drivers—who provide services for bus riders outside Bend's city limits, such as community connectors or rural dial-a-ride services—currently start at $16 per hour and top out at $19.13 after five years. TriMet, which provides public transportation in the Portland area, pays drivers $15.16 during training, $17.16 as operators, and tops out at $31.17 after three years. At Lane Transit District, which serves Lane County around Eugene, drivers start at $19.34 and work their way up to $25.75 after three years. The median income for Portland is $58,423. In Eugene, it's $44,859.

Riley said the CET drivers' contract expired this January, and the two sides have been negotiating a new contract since. He said the negotiations are strained as a result of Paratransit Services' refusal to budge on wages. Riley said the full breakdown in talks happened this September, when Randy Grove, director of human resources and operations for Paratransit Services, called off a mediation session scheduled for Sept. 6.

Christie Scheffer, Paratransit's EVP/COO, said in a press release sent to KTVZ that representatives from the company and the union met Aug. 28 with a federal mediator in an effort to conclude labor contract negotiations and get a signed contract.

"So, while we're working to avoid a strike, our drivers are indeed prepared to withhold service in order to encourage Paratransit Services to offer a living wage and health insurance that drivers can actually afford." —Andrew Riley tweet this

"The union's most recent demand amounts to an increase in transportation costs of over $2 million over four years," Scheffer said in the release.

Without a contract, a strike involving the bus drivers is a possibility, though Riley said the union knows the CET service is vital for Bend and said they're working hard to resolve the dispute without a strike.

"We've made ourselves available to Paratransit Services to come back to the negotiating table to try and find a resolution that works for drivers and the company," Riley said. "That said, it's not reasonable to expect highly-qualified drivers with commercial driver's licenses and medical certifications to accept a wage of $14 a hour with health benefits that are so expensive, they're unaffordable to all but a few."

On the benefits side, Riley said the union is looking to have a similar plan to that of the COIC workers. He said that as of now, the CET drivers have to pay $251 per month out of pocket to purchase a plan with a $3,500 deductible just to cover themselves.

"That's ludicrous," Riley said. "When you're making $14 or $15 an hour, even working full time, that's just unaffordable, which is why only one CET driver has actually purchased the plan out of necessity due to a health issue, and no driver has bought a family plan."

"Over the last four years, our employees have been provided a comprehensive benefits package, and wages were increased by approximately 16.15 percent," Scheffer stated in the release.

Michelle Rhoads, transportation manager for the COIC, which oversees CET, said they are not involved in the pay dispute because wages and benefits are negotiated directly between ATU-Local 757 and Paratransit. Rhoads said it's expected the two sides will reach an agreement and avoid a strike.

"In the unlikely event that there is a work stoppage, COIC-CET is prepared to minimize the impact to the community to the best of our ability including optimizing transit services for the most vulnerable members of our community and providing timely updates," Rhoads said.

"So, while we're working to avoid a strike, our drivers are indeed prepared to withhold service in order to encourage Paratransit Services to offer a living wage and health insurance that drivers can actually afford," Riley said.