You've seen them on the front of your car this week. Here's what they are 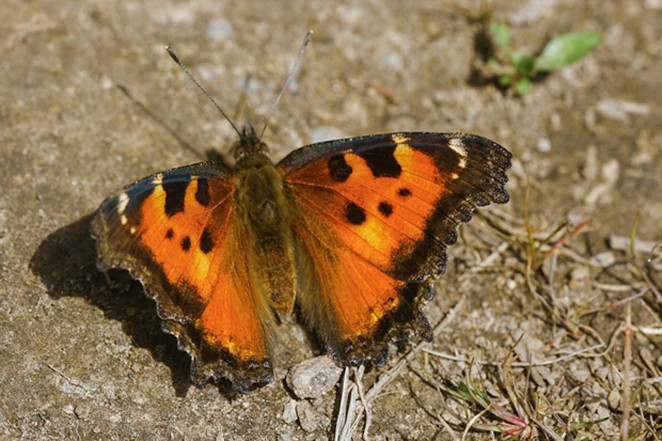 Yes, good people, those are butterflies you see smashing into the front of your car as you drive over the highway from Sisters to Redmond or Bend, and especially in the Cascade foothills.

They are NOT monarchs or moths, and they are not migrating; they're just undergoing a huge population explosion as a means to seek out new territory, and no one knows why. Oh sure, there are scientists who think the emigration is linked to climate change, and it could be, but this has happened before, as recently as last year.

The California tortoiseshell is known for having population "booms" which cause the butterflies to flood into new areas to breed. The larvae eat various species of snowbrush, (Ceanothus) and then go through the process of complete metamorphosis to become an adult.

Metamorphosis, when looked into deeper, is really a phenomenal growth process. The butterfly egg hatches and the larva (caterpillar) grows by eating its plant food and shedding its skin frequently, while the internal organs also grow. Then, when the caterpillar reaches a certain stage of development it stops growing, creates a silk container (the chrysalis) in which it changes from one form of insect to another.

Once inside the silken chrysalis, the caterpillar breaks down into a generic soup. DNA messages tell the soup to develop into three body parts (head, thorax and abdomen), and to create a different kind of breathing apparatus, mouth and digestion parts, a different eye, six-jointed legs, mating devices, wings and a muscular system to make it all move and function. But, if there are parasites about, they lay their eggs in the caterpillar and take over the butterfly's developing body.

When we stomped our feet the chrysalids would vibrate and cause a sound—well, I thought I could hear them ringing like bells. Sue and I still haven't come to an agreement on the sound. tweet this

Our family witnessed a similar event some 30 years back when we were living in Bend. The second hatch of the butterflies that summer moved into southern Deschutes County from Northern California and settled into the snowbrush-covered area west of Bend and all around Tumalo Falls. We found them laying eggs and munching ceanothus from Weed, Calif., to Klamath Falls, and all the way west of Hwy. 97 to Bend.

Sue and I watched the batch west of Bend as they defoliated the snowbrush all around the Skyliners area and on up to Tumalo Falls. When the butterflies went from larva to chrysalis, they defoliated the shrubs, leaving behind bare branches and chrysalids by the hundreds hanging on each bush. It was a remarkable sight!

In any event, we decided to remove a few of the chrysalids, take them home and photograph the adults as they emerged. What an educational experience that was! When the first adult tortoiseshell emerged from its chrysalis we both had our cameras prepared to capture the next one. What a surprise we got! Instead of the expected adult California tortoiseshell butterfly, the chrysalis discharged tiny, bright jewel-like adult parasitic wasps, and next, a bunch of tiny parasitic flies.

Parasites had laid their eggs inside and on the caterpillars, and when the caterpillars spun their silk containers to shelter in as they went through the miraculous process of metamorphosis, they became food for the parasitic wasp and fly eggs instead.

We would never have been aware of the multi-faceted world of ceanothus/tortoiseshell/parasite relationship had we not put these fascinating creatures under observation.

When we witnessed this event back in the late '90s, when the adult tortoiseshells emerged in the region south of Bend to beyond the state border, the California Department of Transportation was forced to purchase special truck radiator-washing equipment and install it along the freeways to blast away the accumulating dead butterflies that were causing serious over-heating breakdowns. Little did we know we'd see it again in the summer of 2018.