Prineville: Small in stature, but a myriad of opportunity

Central Oregon consists mainly of Deschutes, Crook and Jefferson counties, with a diverse collection of cities. Bend continues to maintain the spotlight whenever Central Oregon is discussed in the media, as it has the largest population center east of the Cascades. However, so many wonderful cities are speckled throughout the high desert that deserve recognition as well. Bend is the first choice for many, but the high home-sale prices and denser population have others looking to surrounding areas offering less crowded living and lower home prices.

Comparatively, the median sales price of a single-family home in Bend last month was $524,000. In Crook County and the Prineville area, it was $331,000. This price point is especially attractive to first-time homebuyers who're discouraged from high prices, low inventory and hugely competitive multiple-offer scenarios happening in Bend and Redmond. Prineville-area home offerings vary from brand new construction in developments such as Iron Horse by Brooks Resources and Pahlisch Homes, to older homes closer to downtown. The town also provides plenty of opportunity to own a home on more acreage on the outskirts. 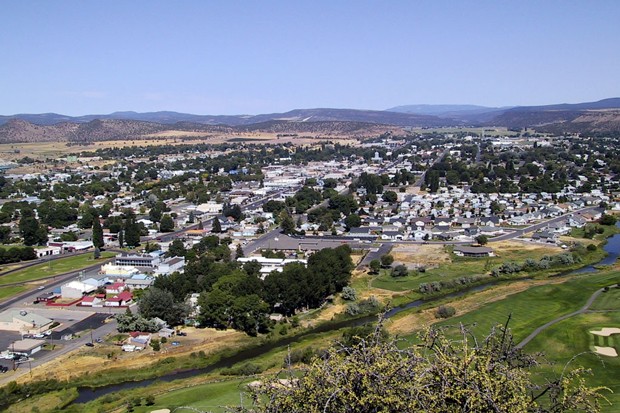 Located 36 miles to the northeast of Bend, 18 miles east of the Redmond airport, Prineville lies nestled in a beautiful former caldera in Crook County, where Francis B. Prine constructed a small cabin near the confluence of Ochoco Creek and the Crooked River in 1868. He subsequently built a saloon, then a store where others followed his lead—and the rest is history.

Prineville was a major city in Central Oregon up through the early 1900s. The economy was doing well until the railroad giants bypassed and snubbed the city, building railways toward the new up-and-coming town of Bend from The Dalles. This forced businesses to relocate closer to locations closer to the railroad. In 1917, after private financing failed, residents decided to take it upon themselves to build their own connection to the mainline 19 miles away in Redmond. This gave way for the timber harvest industry of the Ochoco National Forest to thrive and in turn the City of Prineville Railroad remains still the first, oldest and only municipally owned short-line railway in the U.S.

With a timber-based economy, Prineville has seen its ups and downs. Growth had been relatively steady until Les Schwab Tire Center relocated its headquarters to Juniper Ridge in Bend in 2006, taking over 300 jobs out of the area. The recession of the late 2000s hit the area hard as well. Since then, two major tech entities, Facebook and Apple, have opened enormous data centers, each investing over $1 billion in their facilities.

Visitors and residents of Prineville can expect a charming small-town atmosphere with a cute downtown full of shops, cafes, breweries and restaurants—all close to all of the outdoor adventures offered year-round, including manicured parks, golf, hiking and biking trails and river sports that Central Oregonians crave, but without the crowds.