I think Quentin Tarantino is a misunderstood filmmaker. He's an unembarrassed cinephile who regularly comes under attack for his movies containing sexism, racism, brutal violence, a deep-seated foot fetish and enough bad language to make a sailor blush. Yeah, most of his movies contain those things, but they exist to serve a purpose, not to propagate the ideals behind them. 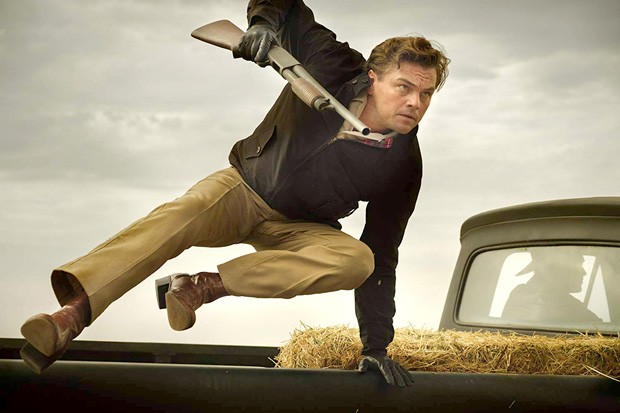 One thing that's sometimes overlooked in this (happily) more politically correct age is that presenting sexism or racism isn't endorsing those things if there's a statement being made by the artist. Tarantino knows that the U.S. is a nation mostly built on violence, xenophobia and the exploitation of women and minorities. He uses our shared past to create alternate histories of this country we'd like to see birthed from his decades of consuming every film ever made.

Tarantino isn't after titillation; he's after emotional catharsis on a grand and uncompromising scale. Because he's such a film geek, all of his big ideas come filtered through the lenses of his inspirations.

"Jackie Brown" normalizes a mixed-race love story disguised as Blaxploitation starring a middle-aged woman of color. "Kill Bill" is the story of an abused woman left for dead whose motherhood gives her the kung-fu power of divine retribution and justice. "Django Unchained" is a revisionist Western that takes our collective guilt connected to slavery and channels it into a heroic fantasy of eternal love and blood-soaked reparations. "Inglorious Basterds" scalps Nazis and gives WWII the ending it deserved.

"Once Upon a Time In...Hollywood" is no different as it lets audiences and critics decide whether they want to be entertained by the surface or be challenged by the subtext. On one level, the film is about an actor named Rick Dalton (Leonardo DiCaprio in the performance of his career), a washed-up Western actor whose acting chops aren't landing him many roles in the summer of '69. His best friend, driver and stuntman is Cliff Booth (Brad Pitt, who is now a full Robert Redford), whose shady past strands him without much work as he spends most of his time driving around the city or getting drunk in his trailer behind a drive-in movie theater.

Dalton lives next door to Sharon Tate and Roman Polanski, and is green with envy of his successful neighbors, several months before the Manson family murders Tate and a few of her friends. Knowing that this is coming adds tension to a movie that mostly plays as a comedy. Even as the film builds toward that horrible night, we know Tarantino is going to play with expectations and, no spoilers, he does so in the least predictable way possible.

So yeah, on one level the film is a love letter to television and the Hollywood of the 1960s, but more importantly the film is (check the title) a fairy tale deconstructing a country that is more comfortable with violence than sex, and the way the greatest generation fought with the hippies to keep control of a culture neither group was ready for. The Manson family is quick to call everyone who doesn't buy what they're selling a "fascist" while Cliff and Rick are quick to deride anyone avoiding their sense of stodgy and outdated conservatism as a "worthless hippie."

There's some manufactured controversy about Margot Robbie (perfect as the angelic Sharon Tate) not having as many lines as DiCaprio or Pitt. Even if we forgot that Tarantino has written some of the greatest female characters of all time (The Bride, Jackie Brown and Shosanna Dreyfuss, to name a few), the point would still be missed. "Once Upon a Time In...Hollywood" has enough respect for Tate not to attempt a demystification; instead, she's a glowing ball of possibility whose murder served as the death knell of a more innocent time and of a future we never got to see. If you want to count how many lines she has, be my guest, but there's a big forest outside all those trees.

Tarantino is a fantasist. Yes, he's a master technician when it comes to his screenplays and directorial work, but he's more interested in giving people what they ask for and then making them question why they asked for it. When he makes a villain we hate, he makes their death ugly, uncomfortable and not fun to witness. He makes his audience complicit in his films, accessories to blood and hate that make us re-examine our own collective unconscious carried through our lizard brain from our deeply buried historical guilt. This is what movies are for.

Speaking of Quentin Tarantino, "Once Upon A Time In...Hollywood"