"Places everyone, places, AND action!" Listening to the detailed planning and logistics which funnels into each production at BEAT Children's Theatre, the operation could easily be mistaken for Broadway. Since its inception 13 years ago, BEAT has hosted over 57 productions. Having recent playbills like "Lion King JR.," "Oliver!" and "Peter Pan" under their belt, Executive Director Bree Beal says they are more than ready to tackle the fan favorite, "Frozen JR."

"When we decided to take on "Frozen JR." we knew we were taking on a challenge. It's tremendously popular and well-loved. Firstly, we know that registration and casting will be difficult, as there are so many young actors who dream of being Princess Anna, Queen Elsa or Olaf. Secondly, we know that visually, we will face the challenge of creating the extraordinary magic on stage that people have come to love in the film or on the Disney stage. Luckily, we have an artistic team that thrives on challenge and loves this show nearly as much as the kids do. They have wonderful ideas for how to create a Frozen world that will both satisfy and surprise," notes Beal.

To fully grasp the amount of work that goes into each program, any notion of child's play should be dismissed. "Our rehearsals for a large production run eight to 10 weeks, three to four times per week," says Beal. "It's a big commitment for families. Our directing team usually starts preparing for a show six months to a year in advance, putting together rehearsal schedules, designing sets and costumes, blocking, etc. Our team consists of a director, assistant director, stage manager, musical director, choreographer, set builder, costumer, props manager, lighting/sound tech and production coordinator. They are supported by our staff and a host of parent volunteers (25 to 50 per show)."

For "Frozen JR.," there will be two full casts of 40 actors each. "Our gracious director, Angelina Anello-Dennee, is taking on two casts because we knew there would be a long list of young performers wanting to participate, and we hope to open as many spaces as possible, while still keeping the quality of the experience high," explains Beal.

The theatre stretches and challenges staff to include as many youngsters in each mainstage production as possible. "In a typical season we put on two musicals and two non-musicals. Casts of 35 to 40 are typical. Occasionally smaller shows with 10 to 15 or great big plays with casts of up to 70 can happen. Whenever possible we do two full casts. This is a huge commitment on the part of our staff... but we find wait lists to be heartbreaking, and we know the kids do too." 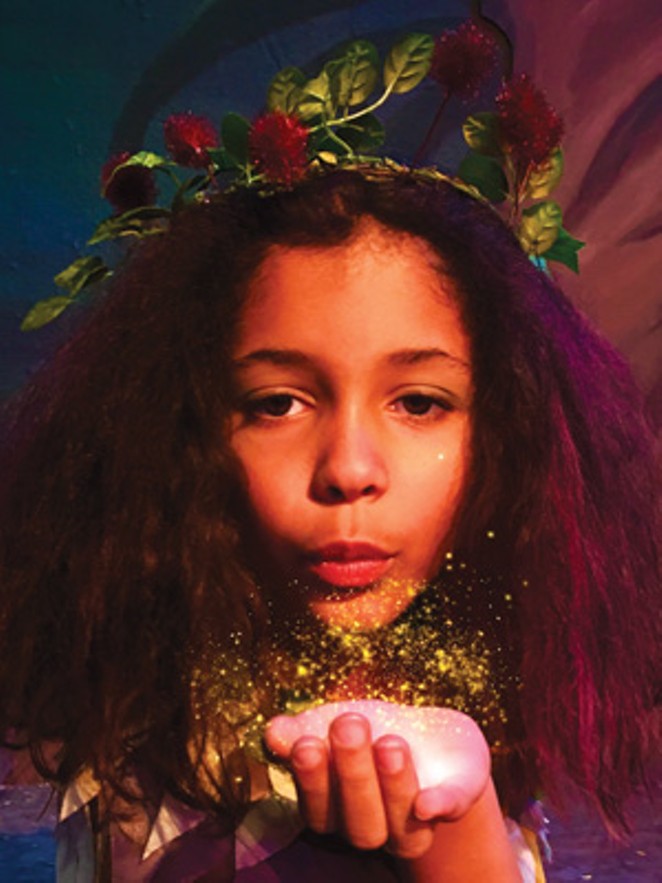 For costumes, arguably the most creative component of theatre, Beal says a designated costumer assembles combinations of items already on hand from past shows, pieces borrowed from other local theaters, and pieces made by volunteers.

BEAT's efforts to bring children to the stage started in 2006 with founders Mary Kilpatrick and Howard Schor and a committed board of directors. Their dream was to create a theatre company that focused not on the final product, but on the growth and empowerment that young people can gain through theatre arts—which remains the goal today. Over the years the company has grown and now offers productions, classes, summer camps, weekend workshops, backstage internships, in-school workshops and more.

While it's clear that the theatre is a magical place for those acting on stage, it can be even more enchanting for the audience. "One of my favorite quotes comes from a first grader in the audience who came to see our production last year of Disney's "Lion King JR." The curtain opened, the music started, the animal characters gathered on stage and the student was heard to declare excitedly, 'There's real people up there!!'"

Beal sums up the vibe of BEAT by sharing, "We are so very grateful for the talented adults and partners in our community who are willing to take time out of their lives to help us create these opportunities for young people.  All the studies show that performing arts education is tremendously valuable for young people of all ages, so "Frozen JR." isn't just "Frozen JR.," it is a chance for a young person to walk into a safe and nurturing environment and challenge themselves, to explore who they are, and who they want to be in this world."

Beal continues, "Yes, we love to tell a beautiful story and to entertain, but at BEAT, what we really love is the moment when one of our actors, or one of our backstage crew, do something they've never done before and beam with pride at their own strength and courage."