Local projects encourage people to contribute toward science and conservation

Looking for a way to contribute something toward understanding wildlife, the origin of our solar system or other scientific pursuits? A number of local groups offer a wealth of worthy citizen-scientist projects that anyone, young and old alike, can pursue. These may vary from looking at light pollution at night to counting butterflies, bees or objects in space. Generally, participants only need some time, a smartphone or computer and a little devotion. Here are a few projects calling for citizen scientists. 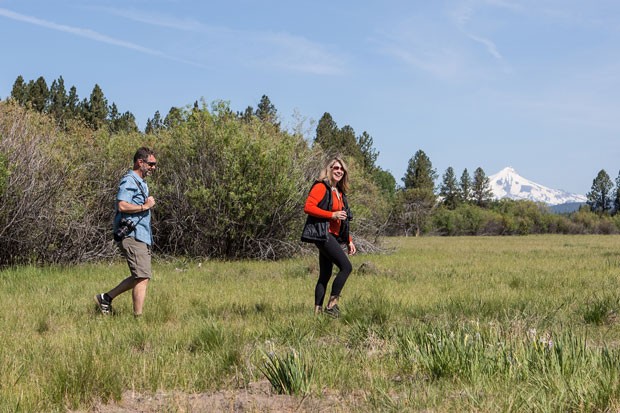 
Last year's Western Monarch Thanksgiving Count in California painted an ominous picture for western monarch butterfly populations. Observers recorded a sharp decline of over 86 percent from the previous year. The Xerces Society and a host of other organizations host the Western Monarch Milkweed Mapper project and need citizen scientists to contribute observations of monarchs and milkweeds (the monarch's host plant) to understand where and when these western monarchs disperse to from their overwintering areas. Volunteers record images of milkweeds and monarch, note the date and location, shoot a cellphone or camera image, and upload it on a website or app. Sign up at monarchmilkweedmapper.org.


Enjoying this story? Your support counts!

This project, sponsored by the Xerces Society and other organizations, is a collaborative effort to better understand the plight of these important native pollinators.

"One of the interesting things about the atlas is that it's set up for people to contribute in a multitude of different ways," said Rich Hatfield, senior conservation biologist. "Folks can go all in and adopt a grid cell on our website and conduct these effort-based surveys, but we're also encouraging folks to submit what we call 'incidental' sightings, which may be from anywhere." Participants can sign up through xerces.org.


Grant Tandy, the observatory manager at Worthy Brewing's Hopservatory, shared a citizen-science project that's a bit out of this world.

"The project looks at objects beyond Neptune called TNOs, trans-Neptunian objects," said Tandy. Formed around the same time as our solar system roughly four and a half billion years ago, these frozen objects exist in a region known as the Kuiper Belt, which orbits the sun.

"Citizen scientists in a network of western communities, from southern California to the Canadian border, coordinate telescope observations to measure the size of these objects during occultations," said Tandy. An occultation is when a TNO passes in front of a distant star and casts a shadow on the Earth that is observable through powerful telescopes. Funded by the National Science Foundation's Division of Astronomical Sciences with support from Cal Poly and the Southwest Research Institute, RECON (Research and Education Collaborative Occultation Network) hopes to better understand the formation and composition of our solar system. Visit tnorecon.net for information and local contacts.


Lights Out Bend, a chapter of the International Dark-Sky Association, encourages citizen scientists to gather data about dark night skies by participating in the Globe at Night project. The project measures the degree of light pollution that occurs in towns and cities across the globe.

"After 4.5 billion years of experiencing nighttime darkness, we are now living on a planet that is brighter more hours of the day than ever before experienced," said Mary Ann Kruse of Lights Out Bend. "The day-night cycle—the Circadian rhythm—is in chaos. Birds, wildlife, insects, plants, humans are suffering ill-effects from loss of darkness." Participants in the program sign up and collect light pollution data each month during the dark phase of the moon by locating a specified constellation and recording the faintest observable star. Visit globeatnight.org to sign up.


DLT is in need of birders to conduct bird surveys on their preserves throughout the year. DLT requires a minimal commitment of at least one survey per month, April to October, although many volunteers conduct multiple counts.

"This program is open to folks of all levels of birding experience," said Rebekah Ratcliff, outreach associate. "These bird surveys expand our database and allows us to analyze pre- and post-restoration activities." New volunteers are required to attend a training session. It's a great way to get to know local preserves, too. Sign up at deschuteslandtrust.org.


The design of iNaturalist is for participants to share the joys of nature and to contribute to a growing scientific database. Shooting a cellphone image and recording a location is a pretty simple way to contribute to citizen-science projects that are linked to the program. Locally, the Oregon Department of Fish and Wildlife encourages submissions of Sierra Nevada red fox sightings in the Cascades. "I'm hopeful that getting the word out more will encourage more postings," said Jamie Bowles, ODFW acting wildlife technician. Sign up at iNaturalist.org.