Dog owners in Central Oregon take their dogs on many outdoor adventures—whether that be a hike, camping or even just a trip to the dog park. But what happens if something goes wrong? When you're away from the home and your vet can't be reached quickly, it's important for dog owners to know what to do. 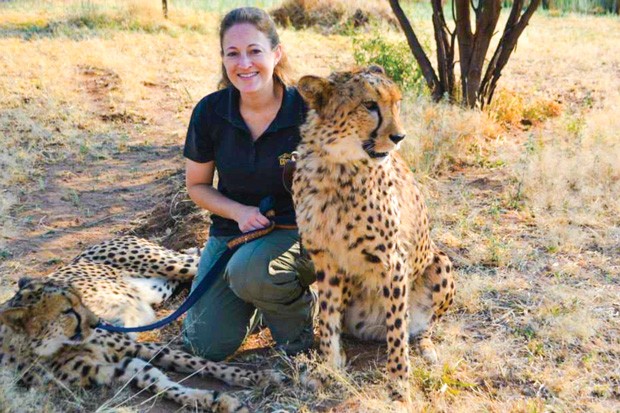 Alpine Veterinary Clinic is working to make sure owners are fully equipped with the right tools and knowledge with their Canine First Aid classes at the Bend Rock Gym.

"It's focused on pet CPR and first aid. Especially with outdoor situations, because here we do so much hiking and everything. People get in remote areas and things happen," says Jenny Cornwell, a veterinary nurse who runs the workshops. "The idea behind it is to give them [pet owners] the knowledge of how to assess the situation and how to stabilize their pet so they can get them to medical care as fast as they can. It's by no means meant to replace veterinary care—it's to help them so they aren't panicked or helpless."

The two-to-two-and-a-half-hour workshops are taught with a lot of audience participation so people can get comfortable with different areas of first aid. In the end, the idea is that owners will be able to identify when there's a real emergency.

"Some of the most important things is one, to try to calm down. Assess the situation—I'll tell people you want to make sure you're safe too," Cornwell tells Central Oregon Pets. "You want to look at what's going on. If you're on a hiking trail and there's sliding rocks; if it's a hit-by-car situation just making sure you're not running into traffic and you get hit. And then knowing when to actually give CPR rather than some minor first aid to get them to the vet."

“Knowing where you’re going is probably the big one. A lot of people just go in blind.”—Jenny Cornwell tweet this

The big sign to look for is change in behavior, such as any limping or signs of disorientation. The same with the animal's breathing—if it moves from the normal pant to a much quicker breathing, you'll want to pay close attention. The other thing Cornwell mentions might seem simple but is important if people plan to take their pet somewhere new: just knowing where you're going. 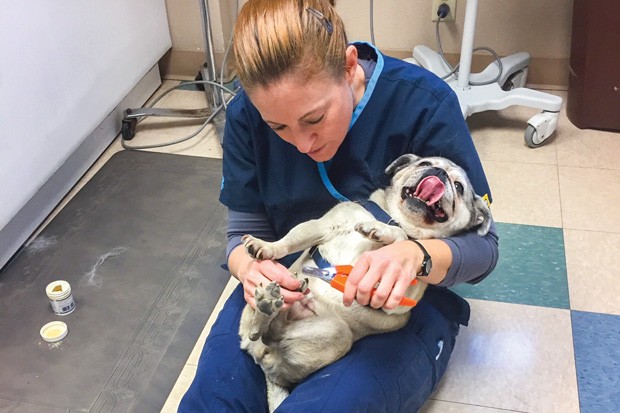 "That's something I'll always tell people. Research where you're going, especially if you know you're going to be in a remote area. Try and see what maybe the closest help you can get to is, if something should happen," she adds. "You can always call Fish & Game as well to find out if they are doing trapping in that area. Knowing where you're going is probably the big one. A lot of people just go in blind."

Cornwell says the classes focus on a lot of seasonal issues. With winter coming, the next class on Nov. 6 will place a special spotlight on issues that can happen during the colder months, just as the previous classes focused on warmer weather activities—like hypothermia in the winter or heat exhaustion in the summer (but yes, you can also get that in winter).

"Be aware of your dog's ability. If they've been sitting on the couch and relaxing for most of the summer and then you go skiing with them, it's like someone who's been a couch potato deciding to run a marathon the next day. It's going to be hard on them," says Cornwell. 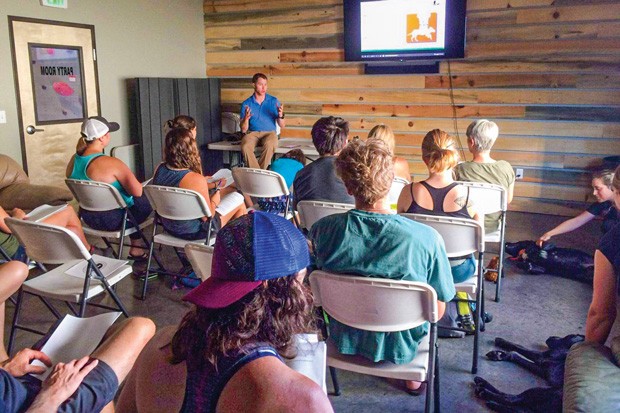 Cornwell also suggests people take their dog's medical information with them in case they both end up injured and cannot voice what the dog's allergies might be or if they're on any special medications.

At the workshops, participants also learn how to build a small first aid kit for pets—one that isn't too far off from a human first aid kit. Some items include a type of muzzle, an emergency blanket, hand warmers, a towel and more. Owners will even learn how to use what's around to make splints and other helpful items in case they're in a remote wilderness area.

This type of outreach is part of the mission for Dr. Allan Kelley, owner of Alpine Vet, to make animal care resources more accessible to the community. Being such a dog-heavy town, the knowledge could definitely come in handy for your pet, or even someone else's pet—and it never hurts to be prepared.