Can Do! | The Source Weekly - Bend, Oregon

If this seemingly endless pandemic has you thinking more about self-sufficiency, let the advice from local homesteaders, gardeners—and even preppers—get you inspired

Public health experts have been saying it for months: The advent of colder weather was likely to mean a spike in coronavirus cases. Now, in mid-November, it's hit like clockwork: An edict from Oregon's governor, ordering bars and restaurants, starting Nov. 18, to move to takeout and delivery only, gyms and fitness centers to close entirely, and retail stores to limit numbers to 75% capacity for at least the next two weeks.

Will the new restrictions lead to more runs on toilet paper, more shortages of Tylenol and other basic supplies? 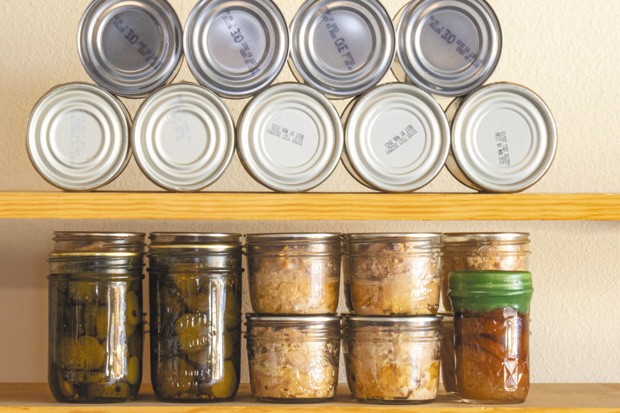 While some of the supply-chain disruptions that led to massive shortages of toilet paper were alleviated over the months that this pandemic has worn on, humanity's penchant for hoarding in times of distress may mean that we'll once again be passing around text messages with local friends about where they've seen the most recent drop of TP.

In other words, the (relative) sweetness of summer, with its long, unending rows of the quilted, the absorbent, the jumbo and recycled rolls could very well be eclipsed by more of those "sorry, come back next time" signs we all dreaded in the spring.

If there was a better period in our lifetimes to turn our sequestered attentions toward self-sufficiency, I don't know when it might be. With the virus still among us, and hunkering down appearing to be the name of the game for the foreseeable future, I got to know some local gardeners, preppers and homesteaders, soliciting their advice on preparing for the future, and even how to reduce the impact that supply-chain shortages can have on our lives.

Can Do! Overcoming a canning supply shortage

While toilet paper shortages may not have been an issue lately, gardeners, preppers and homesteaders alike have seen a shortage of an essential thing throughout the summer and fall: canning supplies.

In a report from North Carolina State Extension in August, the makers of Ball brand jars had this to say:

"Consumers staying home over the last few months due to the COVID-19 pandemic has resulted in shifts in demand for food storage containers like Ball® branded glass jars and lids. During the pandemic, many consumers discovered canning for the first time, and we are thrilled they are turning to Ball for fresh preserving." Translation: The canning aisles at local garden and farm stores currently closely resemble the toilet paper aisles of March and April. 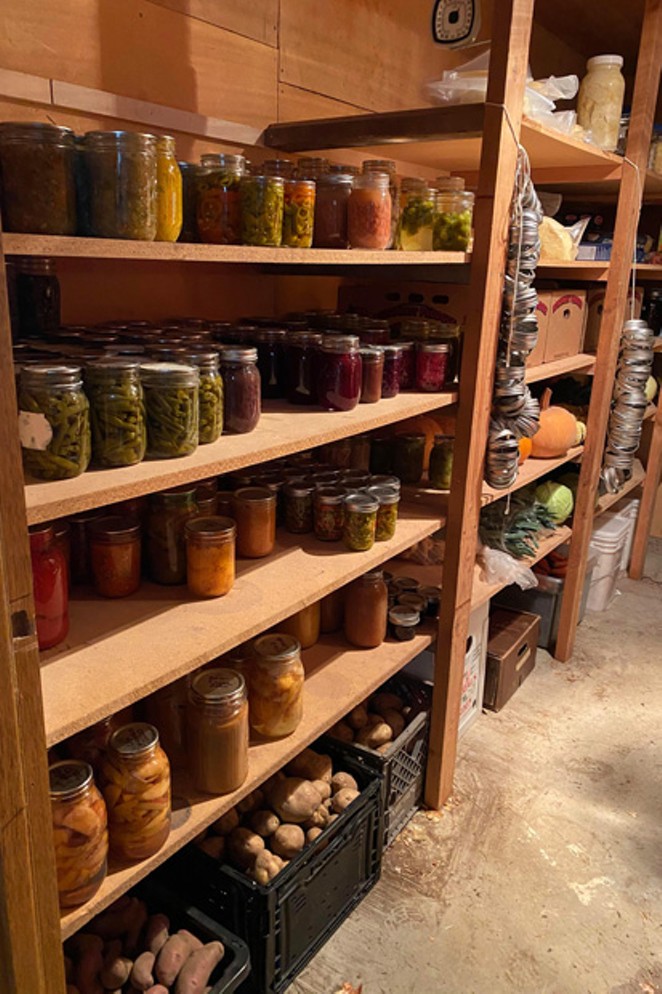 Scoring a few standard or wide-mouth jars from an estate sale or thrift store is one thing—but in order to seal those jars tight, one needs sealable lids. The Central Oregon Gardeners group on Facebook—a group with thousands of members united around growing in the harsh climate of the high desert—has been active with members offering advice about where to find the coveted supplies.

One gardener found a stash of lids on Amazon, only to find that the lids didn't fit the rings. Others reported going to great lengths—such as buying from stores far from home or joining barter groups to trade other goods for canning supplies. Another gardener shared that she plans two years ahead, planning out how many jars she'll need to use far in advance.

Some, like Central Oregon Gardener Diane Tolzman, had to change what they used this year.

"I am transitioning to Tattle lids and Weck jars since the lids are reusable. I had enough jars but ran out of lids at the end of the season," Tolzman wrote. "When I was running low on lids, I froze berries, corn and tomatoes until I got more lids."

While a shortage in canning supplies caught some gardeners unawares, others, who rely more heavily on their own food throughout the year, have advice for those who want to use this time of pandemic uncertainty to re-ignite their efforts toward self-sufficiency.

Cindy Looney lives in a "schoolie," otherwise known as a converted school bus, on land 30 miles from Christmas Valley, Oregon. The nearest power supply is 15 miles away. Her nearest neighbor, 3 miles. Looney, who lives with her adult son, says she's long raised much of her own food, but was also a waitress pre-pandemic. The local restaurant where she worked "will never reopen," she said. 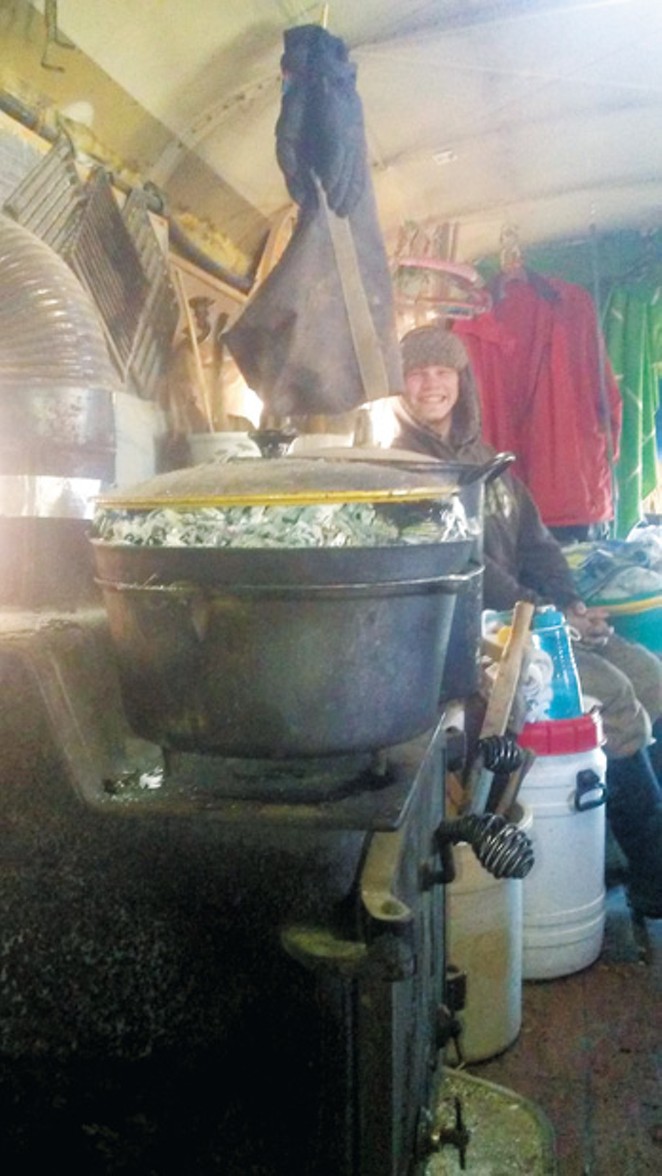 Her family hails from the Ozark Mountains, and she describes her upbringing as "old school homestead-style raising." As she puts it, her gardening style "would be considered organic," Looney says, but, "I consider it old-fashioned."

She has a quarter-acre garden, a quarter-acre berry patch and another quarter-acre she's cultivating as an orchard, on top of raising cows, sheep, chickens and other livestock for her own meat supply. In winter, her livestock roam over the garden beds, fertilizing the ground. In spring, the chickens till the top few inches of soil, helping to kill viruses and bacteria by exposing them to sunlight.

For Looney, growing her food, cooking only on a woodstove and operating an off-grid home (she plans to build a cabin, though COVID-19 slowed those plans) is part of an overall lifestyle that involves possessing over 7,000 jars for food storage.

Looney said she recently encountered a self-described "prepper" who gave her an ill-advised gift. 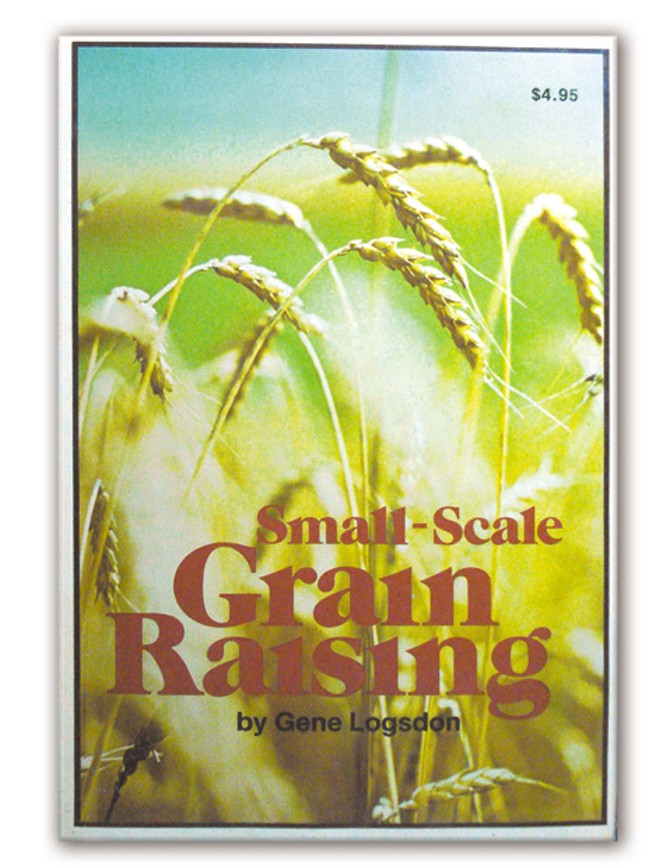 "I was gifted a seed vault, because somebody felt that I needed one. It has 20 packets of seeds in it—half of which don't grow on the high desert. I didn't have the heart to tell them, but my seed vault is a tool tote with three trays and has over 400 varieties of seed in it." The person Looney described, "is very much the prepper mentality—fully admits to it. Yet she can't run a chainsaw."

"First of all, buy paper books. Don't rely on digital books," she advised. "Get them for general use and get them for every individual subject that you can find. My homesteading library is quite extensive. It has everything from... well, one of my favorites is a book out of the 1940s. It's actually written for veterinarians and stockmen, and it's about feeds and feeding. It breaks down every food to its component parts and talks about how each species is different and how you need to feed them differently in order to raise them correctly. That's knowledge that we have lost over the generations."

Three years ago, Todd Stone bought Prepper Up, a store selling guns, ammunition and survival gear in Prineville. Stone, who assures me he is not a "tin-foil-hat wearing" type of guy, says his focus is on helping people stay prepared for any type of situation. Since the advent of the pandemic, business has been brisk.

Water filters are a hot item, as is “tactical gear,” such as storage vests, as well as non-lethal forms of defense, like pepper spray. tweet this

"We've seen probably roughly a 200% increase. That's unheard of," Stone told me by telephone. "We're not just a firearm store. We're quite a bit of other things. We teach a lot of different things, because we're prepping in survival. But yeah, it's been an incredible increase in business."

In pandemic times, when layoffs are common, Stone said his store has gone from four employees to seven. Water filters are a hot item, he says, as is "tactical gear," such as storage vests, as well as non-lethal forms of defense, like pepper spray. Also popular are firearms, though Stone said supply disruptions—fueled by a public filled with fear around their security, and factories working at low capacity due to worker shortages, he recounts— have meant those items are harder to come by.

For newbies who come into the store looking to be more prepared, Stone said he starts off by suggesting they buy a three-day emergency kit. Kits like those, which often contain basic foodstuffs, water and water storage containers, along with first aid supplies—are all the rage among the Instagram-celebrity set these days. You may have even seen the Kardashians pimping high-dollar kits on their pages.

A more sobering source of advice comes from the U.S. government's Ready.gov page, which lists a host of items needed in one's kit. Since spring 2020, the site, on advice from the U.S. Centers for Disease Control and Prevention, recommends the kits include masks for everyone in the household ages 2 and above, as well as soap, hand sanitizer and disinfecting wipes to disinfect surfaces.

Over at the Prineville store, what goes into an individual kit, right now, depends on what's available. "The problem is, again, supply chains," Stone said. "We have to change what we have in the pack based on what's available. Maybe not the same gear, but it always goes to a basic set."

To give people more knowledge and skills, Stone also teaches in-person classes—though with the restrictions around the pandemic, he's had to scale back or put on pause how much survivalist teaching he can do.

Amanda Taylor is a stay-at-home mom who lives on 5 and a half acres in Prineville. She and her family, which includes her spouse, a teenager and a school-age child, started out growing a garden that was a few thousand square feet, to growing over nearly 2 acres. This year, she canned between 300 and 400 jars of food. Sammy Jo Graham of Powell Butte canned a similar amount. "I stocked up before the pandemic hit because I had a feeling that there'd be a shortage," Graham said. "The only thing I've been having issues with his half gallon jars for raw milk."

When the pandemic hit, government officials reminded Oregonians to be "two weeks ready," with enough food, water and supplies to shelter in place for two weeks. Taylor said she stocked up on more staples, such as flour and sugar and rice, but that for the most part, her family had already been trying to grow as much produce as they could

Her advice to those looking to grow more of their own food: Carve out the time.

"I think the most important thing is to just start small with what your family likes the best and work from there," Taylor said. "It really is a big time commitment to put everything up, to can—and not only just stuff that needs to be water bathed, but also the pressure cans. Meat and low acid things... you have to pressure-can, which takes even longer, so it is a time commitment— but it's also worth it in the middle of winter when you can have green beans that you picked out of your garden or you can have tomato sauce you made."

The "bottom line" everyone wants to know: Will there be a toilet paper shortage?

Yeah, yeah, preparing for the future is great and all—but what about that toilet paper? Will we get through the winter without eyeing our paper towel collections with a mix of desperation and shame, or perhaps even caving to order that back-ordered bidet?