A person could be forgiven for being a bit confused about the future of legal marijuana businesses in rural Deschutes County.

First, the County voted—along with the rest of the state—in 2014 to legalize cannabis businesses. Then, in 2016, a panel of experts convened to help write rules for cannabis companies. After persecution by a cannabis-hostile Board of County Commissioners (aided and abetted by an equally hostile sheriff's department) between 2017 and 2019, however, the Board stopped permitting marijuana businesses in 2019. Voters ultimately confirmed this decision at the ballot box in 2020. All existing marijuana businesses in unincorporated Deschutes County are unaffected by the vote. 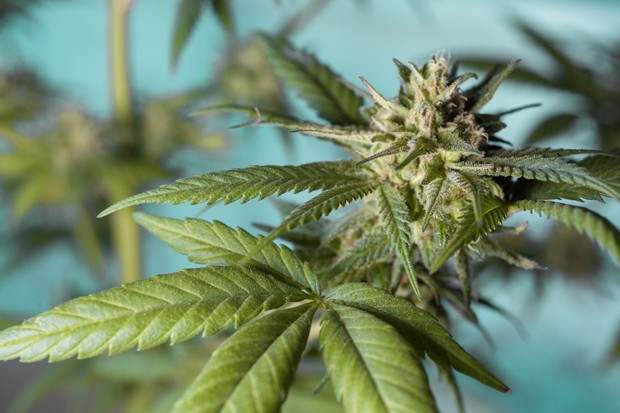 According to Oregon Department of Revenue Spokesman Richard Hoover, speaking to OPB, the County missed out on more than half a million dollars between December 2019 and September 2020 because of its self-imposed moratorium. The County sued the State in December 2020 over the lost revenue, arguing that because existing marijuana businesses in the rural county were not affected, the tax spigot should keep flowing.

Deschutes County's have-it-both-ways grievance, however, was rendered moot in the form of a fix at the statehouse. Representatives Jack Zika (R-Redmond) and Jason Kropf (D-Bend) co-sponsored a bill in the Oregon legislature to allow counties that participate in marijuana commerce to receive marijuana tax revenue if they form a "Cannabis Advisory Panel." The purpose of the panel will be to advise county leaders about how to allocate marijuana tax proceeds.

A few interested parties have already vied for roles on the new panel. Det. Dustin Miller of the Deschutes County Sheriff's Office, who has served as a member of the County's Illegal Marijuana Market Enforcement Team, expressed interest as the Sheriff's designee. Hunter Neubauer, of Oregrown, has thrown his name in as the marijuana production license-holder; Neubauer has been active for years in local and state politics as it relates to marijuana policy.

Matt Hurt and Joseph Stapleton, business owners running two different dispensaries in the county, each offered to fill the role of retail-license holders on the panel. Hurt is the chief operating officer of Cannabis Nation, which has a location in Sunriver. Stapleton owns Hyroot Organics, a dispensary in La Pine.

Finally, in a bid to fill the at-large "member of the public" position on the panel, real estate broker Liz Lotochinski has says she is preparing an application for the at-large position. Lotochinski, a Tumalo resident, served on the County's Marijuana Advisory Committee back in 2016.

"As a rural resident, I wanted to preserve the pastoral vistas rather than having beautiful ranches and farms turned into (marijuana) grow sites," Lotochinski said of her decision to serve on the 2016 committee. "It seems appropriate to come full circle and assist with making recommendations on how the county could/should spend the tax revenue from these businesses."

Lotochinski says that if she's appointed to the panel, she wants to come in with an open mind.

"I don't even know (how much) money Deschutes County will have," Lotochinski noted. "I believe the county has received some federal funds. I'd like to have an understanding of where those funds have gone. Which departments in the county (need it)?"

With the passage of Measure 110 last November, the days of $500,000 annual tax flows into Deschutes County are over. A huge portion of tax revenue from marijuana sales will now be directed to regional drug treatment centers.

As for allocating the remaining funds, Lotochinski favors a holistic approach.

"There ought to be some mental health support for youth," she said. "Let's make sure we have those resources for them... our emergency workers, corrections officers, our patrol, the 911 call center; these people have been maintaining some sense of normalcy for us (during the pandemic). What can we do for them?"

County officials began to invite applications for the public "at large" position on the panel Aug. 26, and the county will continue to review applications until Sept. 13.