Last week, Canada officially approved legalization of cannabis throughout the country— the first G-7 nation to do so, but the second overall. The first is Uruguay, a nation many of you struggle to pronounce, spell or remember it exists. (Don't "ooooooh" me, y'all know it's true.)

Uruguay is a country of 3 million, bookended by Argentina and Brazil, that first legalized cannabis in 2013, and began sales in July 2017. One objective for legalization was to eliminate a robust black market (preferred term: "unregulated market") of pressed brick weed from neighboring Paraguay. Per a March 2018 Brookings Institute study:

*There is no established medical cannabis program.

*Under legalization, home growers may have six registered flowering plants, but the harvested bud may not exceed 480 grams annually. At 17+ ounces, that's just over a pound of bud per year. There are 8,200+ registered home growers.

*There are 83 registered "Cannabis Club" grower collectives, with between the mandated 15 to 45 members. They may grow up to 99 plants, and give each member no more than 480 grams at any one time. Excess bud is to be turned over to authorities. (How do you say "Ha! No chance that's happening, get real." in Spanish? Anyone?)

*Establishing dispensaries is under consideration, but presently consumers may purchase up to 10 grams per week at state-licensed pharmacies, currently the sole option for sales, although pharmacies may opt out of participation. Also, 16 participating pharmacies offer a very small menu of flower produced by only two commercially licensed growers (cue Oregon growers shrieking), with more expected to come online. 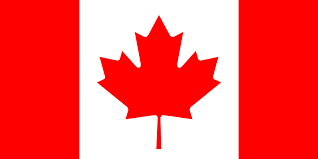 Canada, with a population of 35 million, is our border-sharing Top to America's power drunk, deeply questioning its identity Bottom and ending 90 years of prohibition. They seek to not only develop a domestic recreational market, but expand sales to the overseas medical cannabis market. In 2017, they exported 522 kg (over 1,150 pounds) to Germany, Czech Republic, Israel and Australia, a more than tenfold increase from 2016.

*Recreational sales will begin on Oct. 17, when those age 18 (or 19 in some provinces) may purchase, possess in public and share up to 30 grams of flower, and any residence may grow four plants. They view 1 gram of dried, cured flower to be the equivalent of 5 grams fresh flower, 15 grams of edibles, 70 grams of liquids, .25 g of solid/liquid concentrates or a single cannabis seed.

*The program is meant to reduce the $7 billion unregulated market, and sales are projected to be $4.3 billion in the first year.

*Taxes will be $1 per gram or 10 percent of the total purchase, whichever is greater. Some 75 percent of that will remain with the providence, with 25 percent going to the national government. One study shows the Canadian government could take in $5 billion a year in tax revenue, with that share going to address public health and addiction issues.

*The U.S. may someday take such action, but lately, we've been too busy terrorizing families seeking legal asylum, by stealing and caging their babies and children with no framework to return them, to take time to explore what nationwide legalization of cannabis in the U.S. might look like. Priorities, people.

*So we continue to struggle and stutter start to provide safe access, undertake critically needed cannabis research and provide a balance between reasonable regulation and oversight and hysterical, fear-based policies that overtax the consumer and license holders, while stifling the economic possibilities of cannabis tourism and social consumption. USA #1 !