News you may have missed while doing your "pot weed."

Dallas Cowboy defensive end David Irving went onto Instagram Live this month to announce he was quitting the league at age 25. He then verbally took the NFL out behind the woodshed and beat it mercilessly with a freshly cut, nasty looking switch from the Truth Tree. 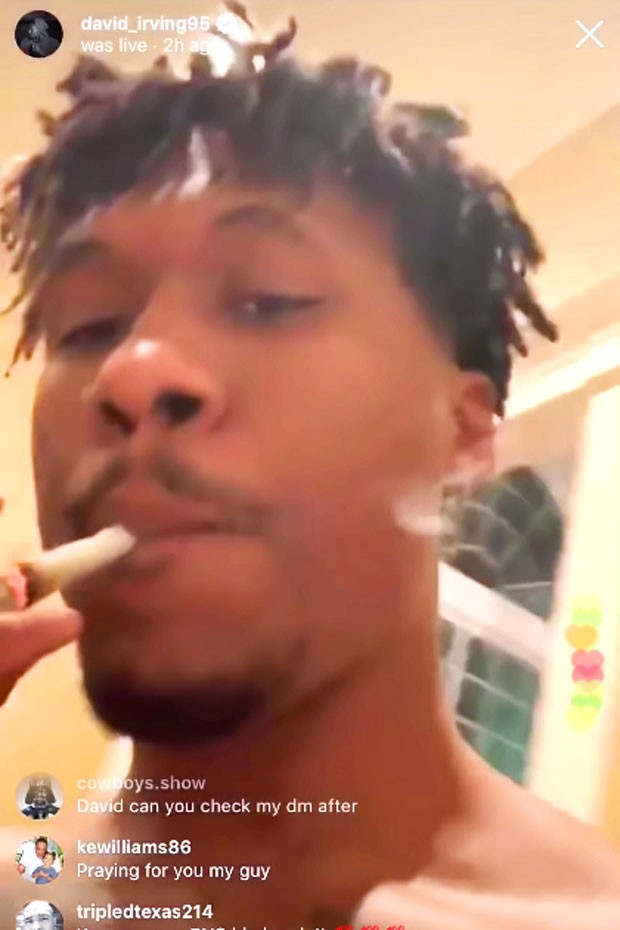 Irving was in the midst of his third drug-related suspension when he told viewers that his motivation for quitting included his belief that cannabis was a safer choice than what the NFL pushes upon players. ESPN reported on Irving saying, "It's funny, you know, some people: 'Oh, you're addicted to weed, you're addicted to this and that,'" he said. "I mean, shit, if I'm gonna be addicted to something, I'd rather be addicted to marijuana, which is medical—it's a medicine; I do not consider it a drug—rather than Xanax bars or the hydros or the Seroquel and all that crazy shit that they feed you."

He added, "I go through a lot of pain. I don't miss games unless it's physically impossible for me to play. ...Nothing helps better. ...It's much better than that opiate shit. ...I'd rather use something natural."

Since his announcement, Irving reports he's fielded numerous offers and opportunities, including many from the cannabis industry.

New Jersey tokers paying too much

On March 7, authorities at a Philadelphia shipping port discovered 614 pounds of cannabis hidden in a shipping container originating from Puerto Rico, bound for New Jersey. While it was one of the largest cannabis seizures in Port of Philadelphia history, the "estimated street value" of what authorities found is worth a quick breakdown.

Per High Times, officials found 252 bricks of cannabis under the floorboards of the shipping container, with an estimated street value of $2.5 million. That works out to $4,071.66 per pound, or $254.48 per ounce. It's possible that there exists a sizable market of people looking for Puerto Rican bricked weed on the streets of New Jersey, but perhaps not at $250 an ounce.

I checked the website Budzu, which collects and compiles prices from user submissions by state and city, and then calculates prices in four pricing categories (dispensary medical, dispensary recreational, street medical and street recreational) by quality (low, medium, high) and by weight (gram to a pound).

Recent street prices were listed as low as $2,400 a pound for Blueberry—most likely fresher than the Puerto Rican floorboard weed—and it hadn't been squashed into 2-pound bricks. That estimated street value of $4,000 per pound? A stretch.

In January, a Colorado senate bill proposed that all cannabis plants be marked with a "chemical tracking agent" to assist law enforcement in tracking all cannabis and hemp plants. Never mind that there exists an effective seed-to-sale tracking system in place, NO ONE WANTS WEIRD SPRAYS ON THEIR WEED, WEIRDO.

This truly horrible idea was soundly rejected by both growers and lawmakers but is now being revived by the state's sole facility for cannabis research, the Institute for Cannabis Research at Colorado State University-Pueblo.

ICR was created by state legislators in 2016 but has lost considerable favor with many of its supporters and investors in both public and private sectors. According to The Denver Post, a donor who gave ICR $250,000 now says, "They've got all this money coming in...hiring people and giving themselves salaries, but no syllabus, no attempt at enrollment. An institute without any education and without any research students or any students there is a hollow institution." According to Merry Jane, ICR has five staff members, but no students. ICR has revealed that its technology involves introducing an isotope into the plant which would remain traceable through its lifecycle. So, please enjoy some foreign isotope with your cannabis! The process and technology to do all this would be patented, and presumably profited greatly upon, by ICR.