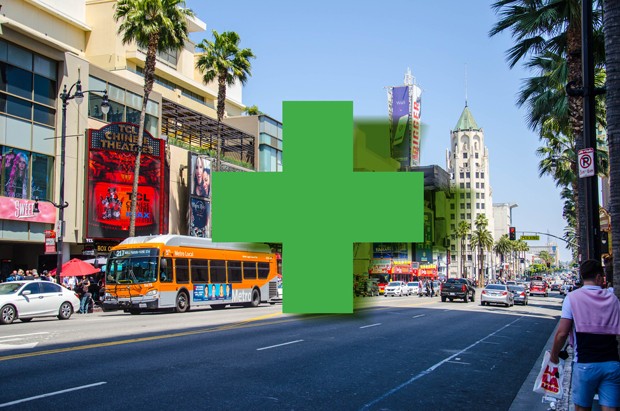 California activated its recreational Adult Use cannabis program on Jan. 1, and as the nation's most populous and prosperous state, expectations were "high." (Get it? Like when you use cannabis, is the joke. #thisisgonnabeagreatcolumn.) The state would prosper greatly, raising abundant tax revenue, and the fact that 'it's gonna be great, so great you guys!' was sold with the sweaty fervor of a coked up sorority girl hyping a shady "party" that won't be so great, you guys.

Let's check in on how the Golden State is faring with its rec rollout. Surely, they've closely examined the foibles and follies of the states that had gone rec prior to them, allowing wise policy choices? Certainly, plans were not put into place that could result in a less-than-desirable outcome? Perish the thought.

Let's start with the much-heralded tax revenue. Beginning Jan. 1, California implemented two types of new rec cannabis taxes: A tax on commercial growers, who pay the state a tax on harvested, dried cannabis, to the tune of $9.25 per ounce of flower, and $2.75 per ounce of leaf. That's $148 per pound on flower, and $44 per pound on leaf. At the time of purchase, a Retail Excise Tax of 15 percent of the sale price is also collected by the state.

The Budget Office predicted that the state would take in $175 million in new taxes during the first two quarters of 2018.

Instead, it took in $34 million, with the cultivation tax a mere $1.6 million of that. It's a difference of $141 million. So, why aren't people flocking to their nearest dispensary?

Those aren't the only taxes. Start with a state sales tax of 8 to 10 percent, plus cities and counties are allowed to impose their own additional taxes, which range from 5 to 15 percent. This results in users paying up to a 45 percent sales tax. (Insert spit take here.) In Oregon, state tax on cannabis is 17 percent and cities may collect up to 3 percent, for a total of 20 percent. Place a 45 percent tax on liquor sales, and let's see how that works out with the subsequent explosion of an "unregulated marketplace" of underground home craft brewers. #doublestandard #equalaccess

On July 1, new quality control regulations were implemented involving stricter standards for product testing, packaging and labeling requirements, and revised potency limits in edibles. Anything that was still in the possession of dispensaries had to be sold by July 1 or be destroyed. (God help me, don't make an "I'd love to help them 'destroy' that" comment. I'm not in the mood.)

This results in users paying up to a 45 percent sales tax. tweet this

Dispensaries desperately slashed prices to unheard of lows, with analysts predicting it would be the lowest prices consumers will pay for at least several years. Those reduced prices will result in lower tax revenue next quarter. Going great so far, California!

New inventory headed to shelves will need to pass through a newly accredited lab, which will be using new equipment, seeking out new reduced levels of pesticide and other contaminants, which will result in some products not even making it to the shelves.

As of March 27, the state of California had issued 26 temporary licenses. Except 26 licenses doesn't mean 26 operational labs. "Most of the labs, by far, are not able to do the testing as required. Some of them don't even exist yet," said Sam David, president of Coastal Analytical, a licensed lab in San Diego.

Most labs, that actually exist, report they expect to be able to process up to 100 to 120 samples per day, which is about to result in an expected bottleneck that could lead to product shortages on shelves for weeks or longer. And patriotic Californians, I'm certain, are not turning to the unregulated cannabis marketplace to obtain product without paying a 45 percent tax on flower that retails for $15 to 20 per gram. $90 eighth, anyone?

Does Oregon's Adult Use Cannabis program need work? Heck yes, especially to maximize a grossly untapped tax revenue channel, the marketplace of tourist/resident consumption spaces and events. But we aren't trying to smother it to death with radioactive taxes of up to 45 percent. Our trials and tribulations and craft cannabis standards have resulted in a program that looks better than what's down south at the moment.