Canoe Trails in the Klamath Basin

Upper Klamath Lake is the largest body of water in Oregon by surface area—approximately 25 miles long by 8 miles wide, but with an average depth of only 14 feet. The lake is the remnant of Lake Modoc, a Pleistocene-aged lake (11,000 years ago to about 2.5 million) that covered over 1,000 square miles, stretching from Fort Klamath to Tule Lake, roughly 10 times the size of today's Upper Klamath Lake.

Historically, native tribes such as the Klamath, Modoc and Yahooscan lived along the lakeshore, harvesting fish, waterfowl, mammals and plants from the waters and surrounding lands. Peter Skene Ogden of the Hudson's Bay Company was probably the first European to view the lake, which he called "Dog Lake" because he traded for dogs with the native people. 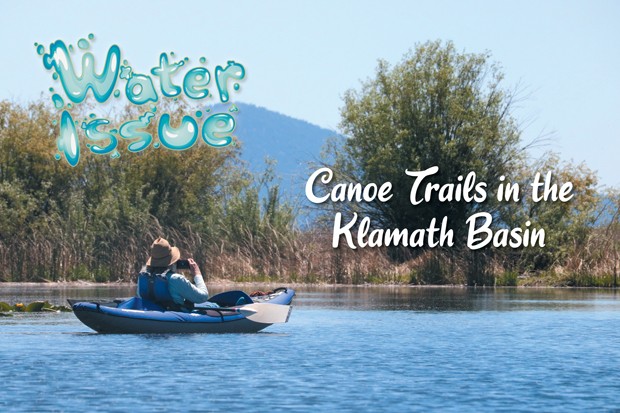 Today, portions of the lake, and adjacent Agency Lake, are managed by the U.S. Fish and Wildlife Service as part of a greater Klamath Basin National Wildlife Refuge complex. Though some roads and trails provide recreational or wildlife-viewing opportunities, the best way to experience these marshlands is by boat.

Launch points for the Upper Klamath Lake canoe trail include Rocky Point public boat launch and Malone Springs (the nearby Rocky Point Resort and Crystal Creek Mountain Lodge both offer private launch points). Both are located off the Westside Road, also known as the Volcanic Legacy Scenic Byway. The canoe trail totals about 9.5 miles and may be broken into four segments that offer options to explore portions of the wetlands between the two public launches.

"We float from Malone Springs to the Rocky Point public boat launch, which is about three hours," said Mark Cobb, owner of Sky Lakes Wilderness Adventures, one of several outfitters that provide tours or boat rentals.

An estimated 80% of the original marshlands have been converted into agricultural or croplands.. tweet this

Malone Springs is named after pioneer James Malone (1852-1939) who homesteaded in nearby Langall Valley in 1874. From Malone Springs, boaters may opt to head upstream along Crystal Creek to the narrow waterway's headwaters near the Crystal Creek Mountain Lodge. The lodge and Sportsman House are Airbnb rentals with kayaks provided for guests to use from the private launch point.

Floating along the forested edge, several other springs join the flow. These habitats provide superb birding for waterfowl, as well as warblers, grosbeaks, blackbirds and flycatchers singing from the bulrushes, willows, aspens and conifers. Muskrats, beaver and river otters are also possible species to encounter along this stretch. Though the beeline from Malone Springs to Rocky Point is about 4 miles, several watery routes split off from the main trail and provide more paddling opportunities. Paddlers who reach the lower portion of the canoe trail where it joins Pelican Bay should be prepared for windy conditions that can make this more open-water section challenging, if not dangerous.

In addition to wildlife, one of the unique botanical inhabitants of these cold-water springs are cobblestone-sized looking gelatinous colonies of blue-green algae or cyanobacteria in the Nostoc genus, known as mare's eggs or troll jelly. Needing cold, low-nutrient water, mare's eggs thrive in springs along the west side of the lake and should be viewed from a distance and not disturbed.

On the east side of the basin, paddlers may explore the Wood River Wetlands and Agency Lake from the Petric County Park boat launch off Highway 427 (Modoc Point Road), just over 5 miles from Chiloquin. Donated by the Petric Family in 1971, boaters follow a series of channels to access the area from a well-maintained launch.

"It's a pretty awesome spot because there's a lot of bird life in there, as well as beavers and otters," said Cobb, the guide.

To the north, Klamath Marsh National Wildlife Refuge usually offers another opportunity to explore a wild marsh by canoe between July 1 through Sept. 30. However, according to Mike Johnson, Klamath Marsh NWR refuge manager, there is very little water in the Wocus Bay at the current time; thus, the canoe trail will not be viable this summer.

Upper Klamath Lake National Wildlife Refuge was established in 1928 (and Klamath Marsh in 1958) to protect portions of these unique marsh habitats surrounded by the southern Cascades and forested foothills. 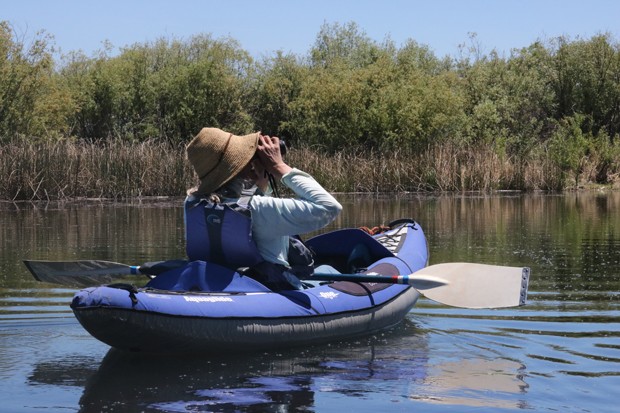 Unfortunately, an estimated 80% of the original marshlands have been converted into agricultural or croplands. Water rights and protection of endangered fish species such as the shortnose sucker and Lost River sucker are often at odds with each other, and dam removal on the lower Klamath is a long-term process aimed at restoring salmon runs into the basin. Though the area's environmental issues are diverse and numerous, a great way to learn about and experience the basin is by just getting out there and paddling through the "tules."