Cans-To-Go: The Beverages of May | The Source Weekly - Bend, Oregon

Cans-To-Go: The Beverages of May

A look into this month's installment of our Cans-To-Go series, trying out new beers in the comfort of home

When things shut down during the pandemic, many people missed the atmosphere of going to a brewery or bar and getting a beer poured for you. I took this as an opportunity to go out and buy four- or six-packs of beers I had never tried before—something I usually enjoy doing when going out to a pub. 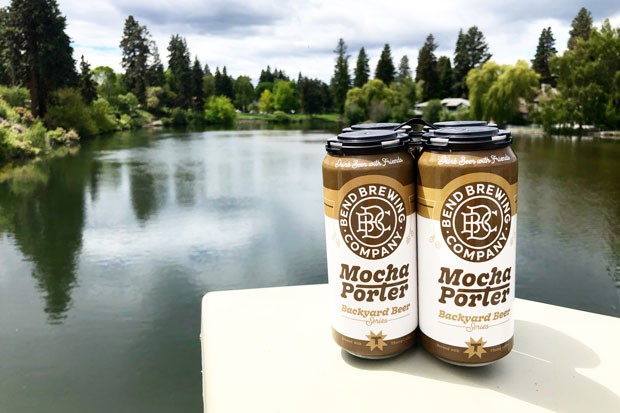 These beverage journeys have become the Cans-To-Go series. Here's a recap of the beers tried in the month of May. Cheers!

The Box Car Rapids is a year-round, award-winning fixture from Riverbend Brewing. Having lived in Bend for almost two years now, I realized I still hadn't tried this one yet. Now I can proudly say I've drunk more than one and will probably have more in the future. At just 5% ABV, Box Car Rapids has so much flavor to enjoy. A slight bitterness helps balance out rich malts, resulting in the perfect level of sweetness. And the pour on this thing is beautiful—a cognac amber glow that shines right out of the glass. It's intoxicating.

The hazy beer trend has been killing it, and I've definitely had my fair share the last couple of years. One of my favorites from the area is GoodLife's Sippy Cup. I had only ever had it on draft before, so I decided to see if it made just as good of a take-home treat. The answer was a resounding yes. The Sippy Cup shines as an at-home beverage; where other hazy beers might become too sweet, the Sippy Cup is light, drinkable and kind of resembles pear juice when poured. The bitterness is a subtle bite that marries well with the rest of the tropical notes. Let this one get all your friends on the hazy train.

When that summer weather starts to heat up, something about a nice cold cider just sounds so good. 2 Towns Ciderhouse in Corvallis is always a good choice here, whether it be its flagships or seasonal releases. Looking to try something new, I went for their Prickly Pearadise. Made with prickly pear cactus fruit and apples from the northwest, the Prickly Pearadise serves true to its name. With bliss in every sip, it nails the balance of flavor that a good cider needs to have. There's a certain crispiness to it that is striking on the palate, too, but in a really good way.

Part of Bend Brewing's Backyard Beer Series, where brewers make their fun beer dreams come true, the Mocha Porter is really a delicious treat in a can. BBC partnered with Thump Coffee and brewed this porter with roasted Guatemalan organic cacao nibs and both Galena and Cascade hops. This is a really nice summer time porter that tastes good in the heat. It feels like you're sipping on a fresh glass of cold brew, just with 6.6% ABV. It's like fun coffee (not that coffee isn't always fun, but you know what I mean). It honestly might be my favorite porter in town.