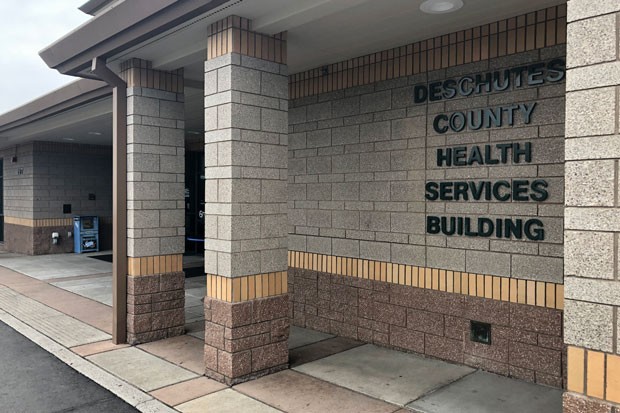 According to a release from DCHS, the amount of detected carbon monoxide was "very low levels" and happened in "limited areas of the building." According to the County, the levels of carbon monoxide detected were well below established industry workplace safety standards. Workers cannot be exposed to more than 50 parts of carbon monoxide gas per million parts of air averaged during an eight-hour period, per Occupational Safety and Health Administration guidelines.

Lee Randall, Deschutes County facilities director, told the Source the original heating system was the likely culprit for the carbon monoxide levels. He said that the County uses the American Society of Heating, Refrigerating and Air-Conditioning Engineers standards for air quality, which sets its unhealthy level at nine parts of carbon monoxide per million. The CO tests in the building were below that level, according to Randall.

Randall said the heating system was slated to be replaced due to age, but now the County's looking into a hot water boiler system that uses less combustion than the current 24 HVAC units that are on the building's roof. Randall said the system they're looking into would have two to three boilers and isolate the combustion from the fresh air intakes.

The building also closed in early March after the heavy snowfall in February. Randall said there may have been some gas leak issues after the system was restarted following the snow removal from the roof. The County then added flue extensions to the maximum height recommended by the HVAC manufacturer to mitigate snow covering the exhaust pipes, Randall said.

The County worked with an air quality testing firm, a mechanical engineer and the Bend Fire Department to evaluate the building's air quality and do inspections to its heating and cooling system during the March closure. During the closure, Randall said the County added a new fire alarm system that included carbon monoxide alarms.

During both closures, people who use the facilities at the Health Department's main building—which provides medical care to many low-income families, including the Women, Infants and Children nutrition program—had to reschedule appointments and the 140 people who work in the building had to do their jobs at different locations.

"The Health Services staff worked hard to provide services to the public during the closures," Randall said.

Carbon monoxide is a poisonous, colorless, odorless and tasteless gas. Although it has no detectable odor, it's often mixed with other gases that do have an odor. So, you can inhale carbon monoxide right along with gases that you can smell and not even know that CO is present, according to OSHA. Carbon monoxide is a common industrial hazard resulting from the incomplete burning of material containing carbon such as natural gas, gasoline, kerosene, oil, propane, coal, or wood—many things used for heating homes and commercial buildings.