Profits will go towards positive values

When Cascade Lakes Brewing opened in 1994 it was the second most profitable brewery in Central Oregon. The Redmond-based brewery was the area's second brewery, and the Rhine Family became the brewery's third set of owners in 2018. General Manager Andy Rhine announced that Cascade Lakes is now joining the ranks of Patagonia, which announced earlier this year that the company was being given to a trust to have all of its profits—estimated at some $100 million annually—to do good such as battle climate change. While far less than nine figures, the Rhines are earmarking every cent of Cascade Lakes' profits to three realms of philanthropy: environmental stewardship, animal welfare and veteran/first responders support—as the brewery's beneficiaries, each focused within Deschutes County. 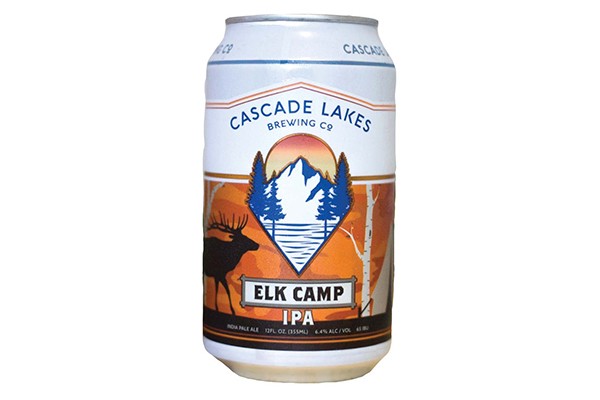 The brewing company had long entangled some of its core brands with these areas of philanthropy. The best-selling Elk Camp IPA yields a dime per can to the Oregon Hunters Association, with the stated mission of protecting wildlife, habitat and "hunting heritage." Pawsitive Pale Ale benefits BrightSide Animal Shelter and, similarly, both Street Dog IPA and Not-For-Profit Pale Ale benefit Street Dog Hero. The company plans to align each beer brand with a different nonprofit by 2024.

"It was like a lightbulb going off," said Andy Rhine, who, along with his sister Esme, is a member of the Central Oregon Trail Alliance. "Once it was said we almost immediately agreed it had so many positive benefits and aligns with our values."

The brewery joins Portland's Ex Novo Brewing as Oregon's only two entirely not-for-profit breweries, though the collection is, on the whole, quite generous in supporting respective communities and environments. And to clarify, Cascade Lakes is not itself a charity with 501(c)3 status, but profits no longer go to the Rhine Family.

As for how the Rhines made their first and only foray into the brewing and hospitality business, Andy Rhine explained that it stemmed from his love of homebrewing. The Rhines have lived all over the U.S. and nearly invested in a brewery in Central Pennsylvania, where parents Bruce and Martha Rhine met at Penn State. Visiting brewpubs became a staple of traveling wherever the Rhines lived or visited. "We'd always seek out brewpubs and go on brewery tours," said Rhine. "We loved the super inviting community created through craft beer." Plus, as a family with varying engineering degrees, engineers comprise one of the most frequent blocs that pivot into the beer biz.

In addition to getting to give more money to the community, Cascade Lakes can direct more of its revenue to employee salaries (which the company claims are "better than industry average") and benefits as well as overall brewing innovation. The gin-barrel-aged IPA I recently enjoyed at the après ski destination pub on SW Chandler was amazing and the cask it had to procure from Redmond's Gompers Distillery is an example of furthering brewing innovation.

Incidentally, Rhine mentioned that the company's third pub (in addition to the one on SW 7th Street in Redmond nearest the production facility) should be open on SE Reed Market, circa March 2023. Once open, the business will jump from roughly 80 employees to around 120.