Casting Vermouth in the Lead Role

It's time to think about vermouth differently. A local sommelier offers his picks

At a recent tasting at Ardent, a celebrated restaurant in Milwaukee, Wisconsin, I asked for a boozy beverage to complement the sweet selection of the dessert course. The sommelier placed a delicate, stemmed shot glass in front of me and poured Dolin Blanc Vermouth de Chambér. I was surprised; I had expected a port, sherry or Madeira. The vermouth was refreshingly sweet and paired perfectly with the juicy hibiscus marshmallow with notes of sour candy. The somm overheard me gawking about the vermouth and I caught him say, "It's often maligned." 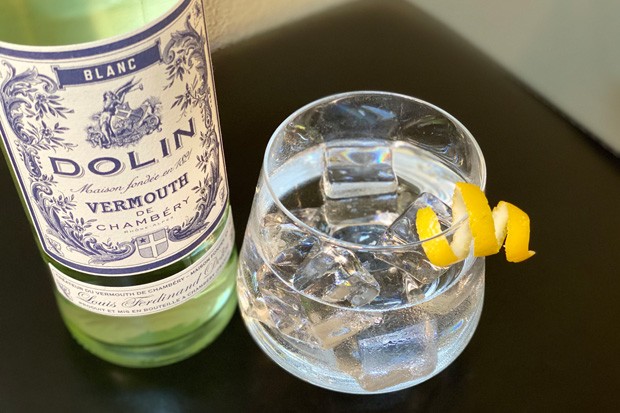 His description stuck with me. Vermouth is often cast as a supporting character in classic cocktails such as the negroni, Manhattan or martini. I definitely treated it that way, only using my Vya sweet vermouth, which smells of Christmas, in Manhattans. I never really thought about drinking it alone.

So what exactly is vermouth?

Vermouth is an aromatized, fortified wine flavored with an array of botanicals (spices, herbs, roots, bark, flowers or seeds). Like many spirits, it was originally used for medicinal purposes. Traditionally there were two main types of vermouth: sweet and dry, but over time a few more were created, including extra-dry white, sweet white, red, amber and rosé. Once opened, vermouth should be kept chilled because it begins to lose its flavor within a few weeks to three months. The back of the Dolin Blanc Vermouth de Chambér bottle has a spot where you can write the open date—a reminder that this isn't something you just set on the bar. With such a short shelf life, it's no wonder dry vermouth is famously used in cream sauces and for deglazing.

I wanted to learn more about vermouth, so I asked local Chef and Sommelier Dave Bodi his thoughts. He told me, "Vermouth is such a fantastic segment of the wine and spirits market. It is also unbelievably versatile due to the eclectic styles and countries producing it. Although vermouth is an invaluable tool for countless cocktails, it functions wonderfully as aperitif as well as a digestif." If you aren't familiar with those last terms, Bodi means vermouth can be used to stimulate your appetite before a meal as well as aid in digestion after a meal.

Vermouth Yzaguierre Blanco Reserva, Catalonia Spain, $18. Founded in 1884, Yzaguierre produces barrel-aged vermouth, among a host of other beverages. The Blanc is best highlighted with a touch of citrus zest on the rocks as an aperitif.