Cascades Theater offers a preview of its entire coming season

This weekend's 'Sneak Peek' season preview at the Cascades Theater is geared up to be at least as much fun as any of the full season's coming attractions. The "Bright Star" piece, for example, will feature choreographed scenes from the musical, conceived by Steve Martin and Edie Brickell. 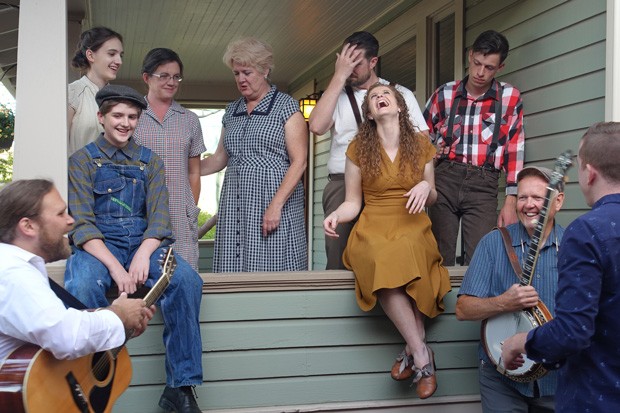 The Source had the opportunity to watch a rehearsal for the Bright Star segment this past Thursday, and it's chock full of knee-slappin' tunes and home-spun charm. Music director and keyboardist Janelle "Janellybean" Musson says she hopes the band performing for the Sneak Peek will also be in the final production in May. The musical ensemble Thursday included Jon Miller on banjo and Steven Whitney on guitar, with actors Stephen Wagner (of Bend Camerata) and Nancy Scher singing the roles of love-lorn editor Alice Murphy and her long-ago beau Jimmy Ray Dobbs.

"It's a bluegrass musical," says Craig Brauner, who makes his Central Oregon directorial debut with Bright Star. He says Bright Star was a natural fit for him, being a Bluegrass fan from Kentucky. "My family, my ancestors, are in the story," he says.

All of the main-stage plays in the Cascades 2019-2020 lineup will be featured in the Sneak Peek preview show. In "The Philadelphia Story," opening Aug. 23, privileged divorcee Tracy Lord becomes engaged, but winds up falling for the reporter assigned to cover her upcoming nuptials. Opening Sept. 27 is "These Shining Lives," based on the true story of a group of women employed to apply radium paint onto glow-in-the-dark watch faces. The women become sickened with radium poisoning and work to win compensation from their employer. 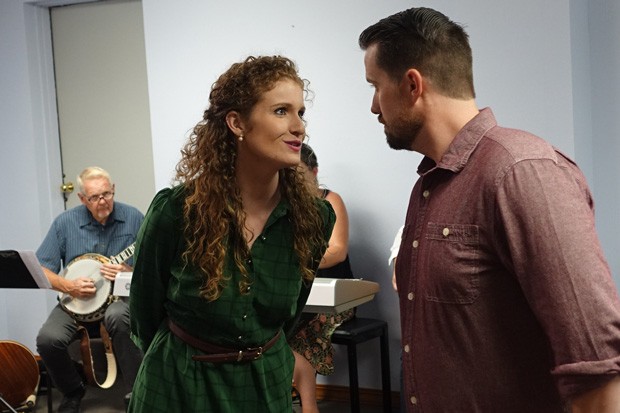 "Miss Bennett: Christmas at Pemberley" (Nov. 29-Dec. 15) is a sequel to Jane Austen's "Pride and Prejudice," set two years later as Mary, who watched as her sisters found romance, finally sees her own chance to find love. Next comes Agatha Christie's "The Spider's Web" (Feb. 14-March 1), a parody of mystery plays in which the writer discovers a dead body in her own home and feels she must hide the corpse before her husband arrives with his VIP guest.

Tickets for the Sneak Peek preview will only be available at the door, opening one hour before each performance.