Cattle Mutilations and a Satanic Cult?

Experts weigh in on the disturbing, ongoing mutilations of livestock in Central Oregon

Over the course of the past three decades, over 10,000 animals across the U.S. have been systematically and inexplicably mutilated.

In 1975, Kansas ranchers Stanley and Carol Post discovered one of their cows dead—a hematoma on its head, its genitalia and udders surgically removed. Around the same time, they found a calf with its eye taken cleanly out of the socket; the end of the optic nerve cauterized to prevent bleeding. During the same year, Democratic Senator Floyd K. Haskell contacted the Federal Bureau of Investigations, urging that they look into the 130 mutilations that had taken place throughout the state of Colorado. Meanwhile in Oregon, people reported a total of 73 cattle mutilations. 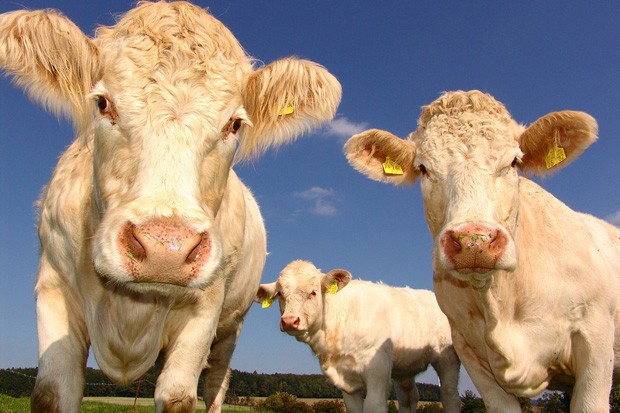 Reports died down after the early '80s and didn't pick up again until recently. At the end of July 2019, a dead bull showed up on Silvies Valley Ranch in Central Oregon. Within 24 hours, ranch hands had discovered four more carcasses. The cattle's tongues and genitals had been surgically removed, and they had been completely drained of blood.

It's a tabloid-worthy topic, seeing as a great deal of conspiracy theory surrounds the mutilations. The events have certainly had no lack of media coverage, leading to a host of crazy conjectures ranging from Bigfoot to government corruption. The popular opinion, however, seems to be extraterrestrial activity – sneaky aliens coming down to Earth, mutilating livestock and creeping back to their UFOs, tote bags full of souvenir cow penises. Another widespread speculation is the involvement of Satanic cults.

Interestingly enough, according to local experts, this may be the most likely theory.

Scott Duggan, a livestock agent in Central Oregon and Warm Springs, and a livestock extension agent for Oregon State University Extension Service, offered some professional insight. "I'd be a liar if I didn't say it had us all pretty stumped," he said. "Our first thought was poisonous plants. Lupine was really prevalent this spring... but killing a bull is no small feat." Duggan explained that if the cattle did die as a result of lupine consumption (which isn't likely), crows and magpies may have eaten their eyes—but what about the precisely removed genitalia, and the fact that the animal had been completely drained of blood? David Bohnert, a ruminant nutritionist and extension beef cattle specialist, also with OSU Extension Service, offered his professional opinion as well.

“It’s got to be some group doing some strange ritual. Human activity certainly seems possible. It is absolutely the strangest thing ever.”—Scott Duggan tweet this

In an email to the Source Weekly, Bohnert wrote, "I believe that someone killed the bulls. Death of healthy cattle on rangelands is normally due to one of three situations. These are: 1. Naturally occurring causes such as poisonous plants and unfortunate circumstances/accidents such as drowning, lightning, etc.; 2. Predation (wolves, cougars, bears, etc.) and; 3. Humans killing for fun, rituals, food, etc."

Bohnert continued, "The time of year that the bulls were killed, and the locations of the animals where they died would make it highly unlikely that this was due to poisonous plants," he continued. "Also, it does not appear to be predation, based on the condition of the bulls. This leaves human causes as the most likely explanation in my opinion."

Duggan added, "It's got to be some group doing some strange ritual. Human activity certainly seems possible. It is absolutely the strangest thing ever." He went on to explain that cattle in Central Oregon are on high alert due to an increase in wolf attacks. In order for humans to successfully approach the cattle, they would've had to use a tranquilizer gun.

Colby Marshall, vice president of the Silvies Valley Ranch, explained just how difficult it would have been to bring the bulls down in a recent interview with The Oregonian. "How somebody put these bulls on the ground at what would be arguably a fairly close range — and to do it in a way that didn't leave any signs, no trace evidence, no footprints, no struggle marks from the animal, no broken limbs — I have no idea," he said.

For now, the cattle mutilations remain a mystery.

The owners of Silvies Valley Ranch are willing to pay a $25,000 reward for any tip that leads to an arrest and conviction.