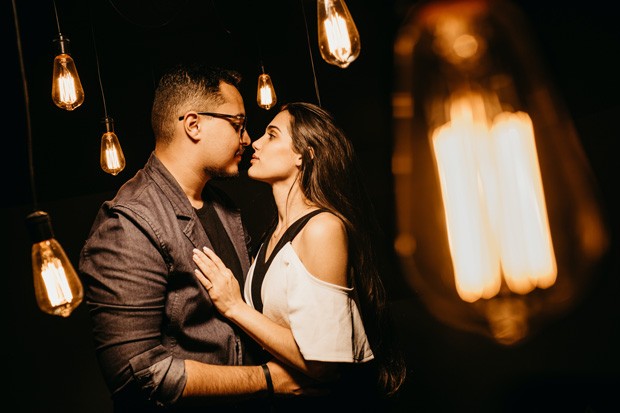 I'm a woman who just turned 30, and so is my best friend, who just got out of a three-year relationship. She's now on the rebound hard — hitting on her co-workers, going on multiple dates every week, hooking up with different guys all the time, etc. I can't decide whether to admire her confidence or be concerned that she needs constant attention and validation from men. Do you think this is healthy behavior? Should I tell her that she needs to stop acting out and work on healing from her relationship in healthy ways?

Nothing like women celebrating other women: "Yay, you, getting in regular workouts doing the walk of shame!"

I get that you mean to help. Uh, help your friend, that is. However, it appears we women evolved to help ourselves by "helping" other women, or as I like to call it, "benevolent meangirling." This plays out, for example, in telling a hot friend in a fabulous little dress, "I have to be honest, that makes you look a bit trampy," and engaging in other acts of humanitarian frankness to help keep her from giving men whiplash and jamming up her evenings with lots of dates.

These acts of female frenemyship are often subconsciously motivated, which is why we can tell ourselves we just want the best for our friends while in fact serving our own evolutionary best interests. Hidden treachery is actually a primary feature of "female intrasexual competition" (women competing with women).

Women are mistakenly seen as the sweeter, kinder sex. You hear people sigh, "If only we had women in charge," as if this would lead to world peace, universal basic income, and cats that paw-dial 911 when their owner dies instead of eating their face. But this view of women as the better half of humanity is psychologically naive. Women aren't less aggressive; they're just differently aggressive.

Aggression gets a bad name because it gives rise to uncomfortable emotions such as fear and, sometimes, to unexpected workplace activities, such as murder-suicide. However, aggression is actually a vital evolved motivation for getting our needs met so we can survive, mate, and leave surviving children to pass on our genes.

Research on sex differences in male and female aggression by psychologists Anne Campbell, Joyce Benenson, and others suggests that while male aggression is direct, manifesting in, say, yelled threats, a punch in the nose, or a barstool upside the head, female aggression tends to be indirect and thus hidden.

Though there are women who get physically violent with each other, Benenson explains that this happens rarely, and usually just in certain contexts (like impoverished neighborhoods). Generally, women fight other women with poisonous veiled aggression such as mean gossip, ostracism, shaming, and sneaky sabotage dressed up as concern for other women's welfare. Campbell contends that covert female aggression likely evolved out of women's need to avoid physical confrontation, which could kill them or damage their reproductive parts, leaving them unable to fulfill their role as an infant's primary caregiver.

Depressing as all this twisted sisterhood stuff surely seems, an inclination to behave a certain way isn't a mandate. So, if you'd prefer to be the sort of woman who acts in her friend's best interests, you can be. However, the reality is we often think we know what's best for somebody else, especially when we believe they're harming themselves. In fact, a person sometimes needs to go a bit wrong to get right again.

When (and if) what they're doing ultimately proves unsatisfying, they'll stop. Telling them to stop can actually be counterproductive, even if you feel sure you have their best interests at heart. Research by psychologist Jack Brehm finds that telling people what they should do seems to make them rebel and do exactly the opposite, like by continuing to do whatever they'd been doing, but louder and harder.

A more effective technique — one that's proved successful in addiction treatment — is "motivational interviewing." It starts with asking a person what they value deeply and ultimately want (romantically, in this case). After they reflect on that and answer, ask them how whatever they're currently doing, whatever behavior they're engaging in, aligns with their values and goals.

This technique might not get you immediate answers (or any answers), but you might inspire your friend to reflect on behavior she might be engaging in somewhat automatically. And how nice if you're doing this through some insight of your own — for example, on sisterhood ideals like, "There's a special place in hell for women who do not create space for other women," and how this can play out in reality: "I want to get your shoes in the shot, doll. Just take two more steps back" (right into that open manhole).