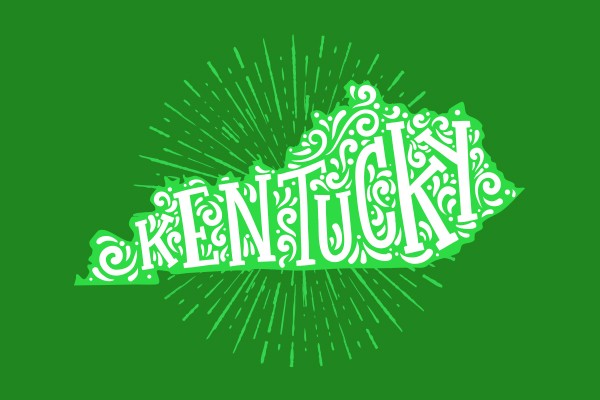 There's been a great deal in the news about CBD recently, so this week, we're focusing on the cannabinoid everyone's talking about.

Its uber-rare that I type the words "Mitch McConnell did the right thing today," because he almost never does, but here we are. The U.S. Senate majority leader and senator from Kentucky announced that when he returns to the Senate in April, he plans to introduce the 2018 Hemp Farming Act, which will remove hemp from the list of controlled substances and legalize it as an agricultural commodity. (This is actually the second time McConnell has done the right thing by hemp, as in 2014 he supported a pilot hemp farming program in a Farm Bill.)

At a press conference with the Kentucky agriculture commissioner, McConnell stated, "We all are so optimistic that industrial hemp can become sometime in the future what tobacco was in Kentucky's past." (Well, except for the slavery used to harvest said tobacco for decades, and untold cases of terminal cancer, heart and lung disease, and other fun health issues which tobacco has had going for it.)

His bipartisan-supported bill "will also give hemp researchers the chance to apply for competitive federal grants from the U.S. Department of Agriculture – allowing them to continue their impressive work with the support of federal research dollars." The Feds financially supporting hemp production and research is great, but don't worry that some of that money might support anything smokeable, as he noted his bill will help in "recognizing in federal statute the difference between hemp and its illicit cousin."

First, people from Kentucky should forgo using the term "illicit cousins," in any capacity. And while it was never addressed in so many words, I'm confident in stating that this enthusiasm for seeing Kentucky become Hemptown, USA, has far less to do with the literal thousands of petrochemical industrial and personal care items that hemp can replace and more to do with the liquid gold that CBD oil has become. The Hemp Business Journal calculated that the market for CBD will hit $2.1 billion in sales of consumer products by 2020, a 700 percent increase from 2016, and $450 million will be CBD sourced from hemp.

With CBD legal in 43 states, we've hit a point where you can now get CBD-infused lattes in Brooklyn. But finish yours before flying to Tennessee, as February 2018 saw the execution of "Operation Candy Crush," a joint task force of law enforcement from local, state and federal agencies raiding 23 retailers in Rutherford County, arresting 21. The charge was selling CBD-infused edibles, which has been legal to do in Tennessee since 2017, so long as the products contain no more than .03 percent THC. This action was taken after the county sheriff received a call from a concerned parent who said that their child had come into possession of some CBD-infused candies. The stores were shut down and cash seized, but the next day a judge ruled that the cash be returned and the stores allowed to open, and resume selling a completely legal product. (The judge did not tell Sheriff Rutherford to get a life.)

The good sheriff would be better served by embracing CBD, in light of a new preclinical study by the Scripps Research Institute as reported by Science Daily. In it, researchers applied CBD gel once a day to rats which "had a history of voluntary daily alcohol or cocaine self-administration, leading to addiction-like behavior. Various tests were performed to see how they reacted to stressful and anxiety-provoking situations and behavior in tests of impulsivity, a psychological trait associated with drug addiction. The researchers reported that CBD effectively reduced relapse provoked by stress and drug cues; CBD also reduced anxiety and impulsivity in the drug-experienced rats."

And although the CBD was completely absent from the brains and plasma of the rats 72 hours after application, researchers found that five months later, these same rats "still showed a reduced relapse induced by stress or drug cues." Although confined to alcohol and cocaine, it could show promise as a tool in treating those with opioid addiction, as well.