On June 19, 1865, Union Army General Gordon Granger proclaimed freedom from slavery in Texas. Since then, Americans continue to celebrate Juneteenth and emancipation in the United States. The annual holiday will be celebrated locally this year, thanks to several nonprofits and community organizations coming together to host a family-friendly event.

Speakers will share the history of Juneteenth in our community. Music, food, dancing and educational exhibits will be available all day. The organizers say an event of this type is more important than ever this year, "Given the increased awareness and widespread protests that have occurred over the past 12 months around longstanding injustices and inequities in our society." 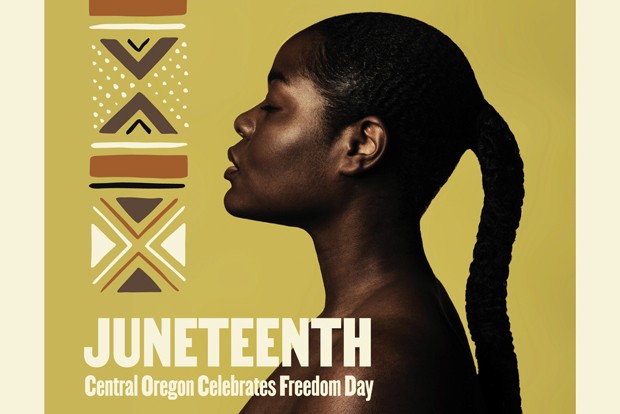 In addition to raising awareness, The Father's Group event page states the focus of this year's event is on the housing crisis in Central Oregon. Education around the systemic issues that lead to housing inequity in our area will be offered. Service providers, city officials and more will be on site throughout the day to collaborate on solutions and share resources.

Related In a Housing Crisis, Put the Focus Back on Locals: With prices rising astronomically and no end in sight, it's time for local governments to increase their efforts to help provide housing for those who live right here

In a Housing Crisis, Put the Focus Back on Locals
With prices rising astronomically and no end in sight, it's time for local governments to increase their efforts to help provide housing for those who live right here
Editorial


Another event scheduled for Juneteenth aims to raise awareness about the history of white supremacy in the local community. The Central Oregon Black Leaders Assembly is planning the second annual Take Back the Butte March for June 19. According to COBLA and the Deschutes Historical Society, in the 1920s, Pilot Butte was used by the KKK to burn crosses and hold meetings. COBLA hopes the march provides an opportunity to bring Central Oregonians together to address the past and move forward in unity.


Related Take Back the Butte: Hundreds gather on Juneteenth on Pilot Butte—the site of KKK rallies in the early 20th Century

A journalist and sometimes historian with Midwest roots, Megan found home in the PNW. When not covering local news & events, she spends her days desperately teaching her old dog new tricks and relearning to grow food in the fickle high desert.
More

Put the Leaves to Work in Your Yard
Top Stories