Central Oregon and the Space Race

Fifty years ago, on July 20, 1969, the Apollo Moon Module Eagle landed on the moon and Buzz Aldrin and Neil Armstrong took some big steps for mankind. To commemorate the 50-year anniversary of that event, the High Desert Museum has a new exhibit, titled "Moon Country: Oregon and the Space Race," which highlights Central Oregon's role in training the astronauts of that era by exposing them to the area's unique volcanic landscape. The idea was that Central Oregon's landscape most closely resembled the landscapes astronauts would find on the moon.

The exhibit shows rarely seen images of astronaut trainees traversing the otherworldly basalt terrain of the Lava Lands, Paulina Lake and McKenzie Pass while situating the moon landing and Space Race in both a national and local context. While the U.S. government was trying to beat out the Soviet Union, and the rest of the nation was working through issues of equality and poverty, Central Oregon was moving away from the lumber industry and laying the groundwork to become, inevitably, a tourist destination.

My favorite part of the exhibit—on display until November—is the tale of how a sliver of Central Oregon lava rock made its way to the moon, after local building inspector Floyd Watson asked Astronaut Jim Irwin to take it there. Whether or not these men realized it, they were collaborating on a fantastic art project. If you believe, as I do, that art is an act—whether a performance, installation, or otherwise—by which something seemingly insignificant (a sliver of Central Oregon basalt, for example) is elevated to an aspirational level by placing it in a new or unique context (on the moon).

Another fun thing about the exhibit: Visitors can take a picture of themselves behind the cut-out of an astronaut suit with a lava field as the backdrop. 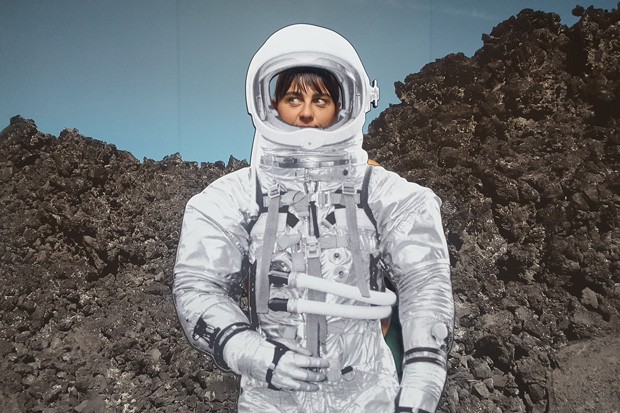 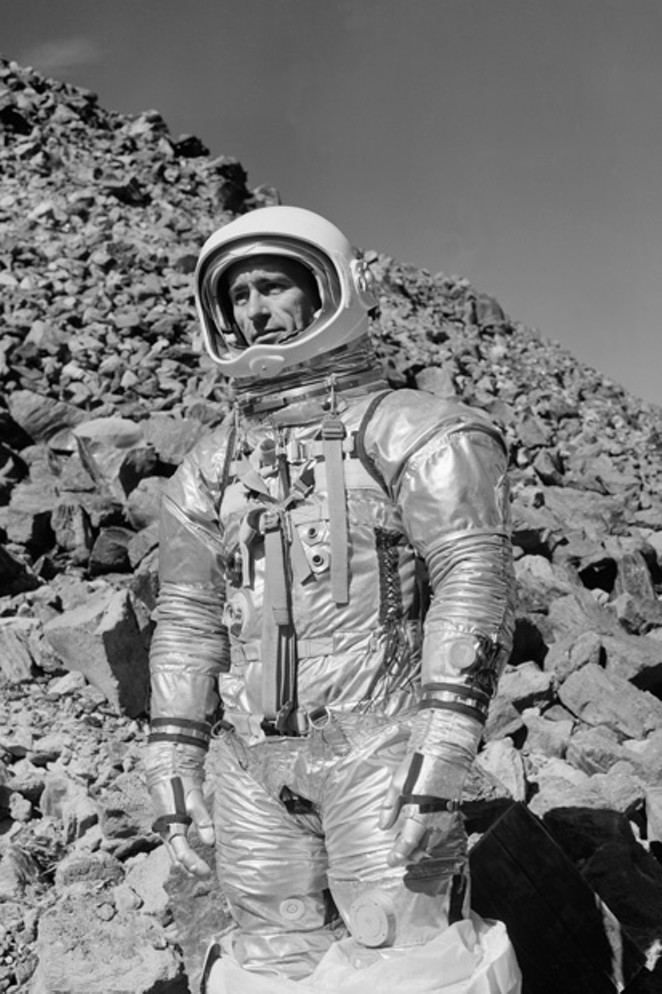 In further celebration of this 50th anniversary moon walk, "American Experience" on PBS has aired a three-part documentary called "Chasing the Moon." It's now available to watch online at OPB.org or during its re-broadcast on Central Oregon's local OPB station July 23 and 30 from 8-10pm.