Central Oregon Now and Then

Distilling and moonshining in the high desert 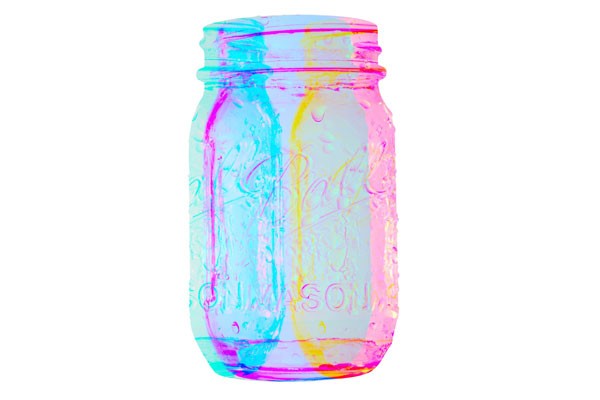 Today, small batch distilling is creating a niche for award-winning spirits—but distilling in the high desert has been happening for more than 100 years.

When asked about his impetuous knack for creating fine libations, one local distiller says it's about making great spirits. The key is "local grains, water and passion." Way back when, another necessary ingredient was moxie.

What do you need to distill? Local grains, water, passion and... a bit of moxie. tweet this

Moonshining was a common practice by local settlers around the turn of the 20th Century. Homesteaders capitalized on the demand and remoteness of the high desert to operate small, crude distilling plants. A simple mash of grain, sugar and water was the foundation for the 'shine. Distilling was accomplished by evaporating alcohol from the mash. The can and coil had to be made from copper, as using any other metals would react with the alcohol and poison the liquor chiller.

Local enforcement, dwindling liquor supplies and mounting prices forced men who made the skull popping-brews into hideouts in the land of caves and juniper berries.

The Volstead Act, or the National Prohibition Act, created the 18th Amendment in 1919. The amendment prohibited the production, sale and transport of intoxicating liquors. It didn't, however, define "intoxicating liquors" or provide penalties, and didn't specifically prohibit the use of intoxicating liquor. At the time, 1 out of every 7 gallons of liquor in the U.S. was moonshine, and it was believed that a billion dollars was lost in revenue every year.

The isolated Central Oregon plateau led to the creation of the Dry Squad, or Prohibition Enforcers. These Dry Squads were members of the Bureau of Prohibition, and "Revenoor Action" accounted for more law enforcement than any other more actions in the high desert than anywhere else in Oregon. So-called "revenoors" were Prohibition agents, granted wide powers to search for and seize alcohol. The Dry Squads supposedly protected innocent citizens against bandits while searching for contraband on the highways.

When prohibition came into law at 1919..."1 out of every 7 gallons of liquor in the U.S. was moonshine, and it was believed that a billion dollars was lost in revenue every year." tweet this

Dry Squads scoured the high desert in search of moonshiners running illegal operations that consisted of "dugouts," usually an excavated shelter covered with logs, tar paper and dirt and a catchment for rain and snow. Shiners used large cellars to house a still and mash barrels. The dugouts usually employed hatches to let out the mash fumes. Some bold individuals even pursued moonshining in their basements. Confiscated stills were commonly displayed on Bend's Greenwood Avenue, next to the jail, and later hacked up. Officials spilled the contraband onto the streets while the thirsty looked on.

In 1926, a gunfight erupted in the junipers, 45 miles southeast of Bend, during the search for an unregistered still. Revenuers removed a window from the "dugout" and found 10 barrels of brewing mash. To catch the culprits, they hid for 18 hours.

Vayle Taylor, a 25-year-old resident of the Ewing Ranch and member of the so-called "Bear Creek Gang" was killed in an "accidental shooting" during the stakeout near the Crook and Deschutes county lines. In the end, authorities found just one quart of alleged moonshine. County officials and state men broke up the stills and set fire to the "dugout" and the adjoining shelter. The officers were later exonerated.

The remaining members of the Bear Creek Gang set out to get the revenuers, setting their sights on dynamiting the Congress Apartments in the Whiskey Flat area, a westside neighborhood where Scandinavian immigrants lived. The intent was to kill the prohibition officer, A.P. "Buck" Marriott and family. The story is that a barking dog thwarted the placement of more explosives, so the gang only managed to fire a blast that involved 20 to 30 pounds of TNT and dynamite. An entire box could have killed all occupants of the apartments, but as it stood, there were only minor injuries and major property damage.

Prohibition led to corruption and was repealed by the 21st Amendment in 1933, but moonshining revived anyway, due to the mounting prices of liquor. The people who bucked Prohibition where equated to those involved in the Boston Tea Party.

Today, the distillery scene has come out of the shadows, and people can visit several small batch distilleries here in the high desert, producing award-winning spirits including whiskey, vodka, gin, cordials—and yes, even moonshine.