On Monday, the Supreme Court ruled that LGBTQ+ workers are protected from job discrimination, confirming that Title VII of the Civil Rights Act of 1964 also covers sexual orientation and transgender status. The existing federal law prohibited sex-related discrimination in the workplace. As President Donald Trump's first Supreme Court appointee, Neil Gorsuch, wrote to the court, "Those who adopted the Civil Rights Act might not have anticipated their work would lead to this particular result. But the limits of the drafters' imagination supply no reason to ignore the law's demands." 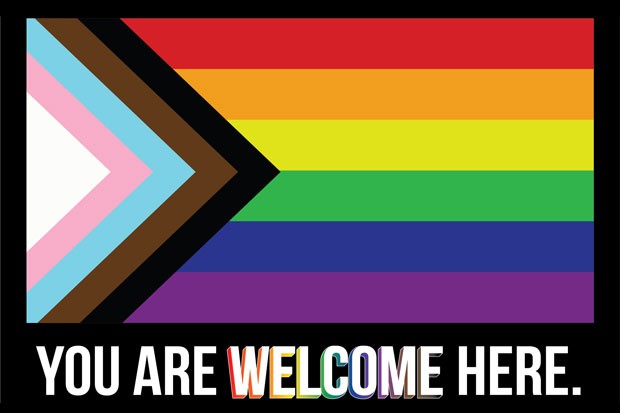 June marks LGBTQ+ Pride Month, and although community members may not be able to engage in the colorful group festivities they're used to, there will still be many opportunities to celebrate love and acceptance.

"PrideFest was all set to be held in Drake Park this coming Saturday," explained Jamie Nesbitt, president of OUT Central Oregon, an LGBTQ+ advocacy group geared toward promoting inclusivity, visibility and community engagement. "We were planning on redefining the festival as 'High Desert Pride,' and we had tentatively reserved the park for September 12 after we caught wind of the statewide shutdowns and regulations. Towards the end of May we were told that September wasn't going to happen, and that we wouldn't be able to hold a festival in Drake Park at all. We drew something together to let the community know that we were still thinking about them, and we started to come up with some activities and opportunities that would fulfill the need for a Pride celebration."

"The thing we're the most excited about is the Local Business Unity Project. An artist out of Portland, Daniel Quasar, redesigned the Pride flag to include different colors that represent transgendered people, people of color, basically everybody. We asked if we could license it from him, and we took his design and added text to the bottom that reads, 'You are welcome here,'" Nesbitt explained. "We've been making stickers available to local businesses, so that they can display them in their windows and let customers know that the business is a place that's welcome to everyone. This is something new to Central Oregon, and we've gotten a really great response so far. We've had business owners from Eugene, Portland, Hood River, even California reach out and request these stickers. They should now start to be seen in windows throughout Bend; we've already distributed 130."

“Because we were supposed to celebrate Pride on Saturday, we want to encourage people to celebrate Pride around town. If you own a business, decorate your shop. Dress up. Go to downtown Bend, look for flags in shop windows and visit businesses that are supporting the Local Business Unity Project.” —Jamie Nesbitt tweet this

Business owners (and anyone else) interested in picking up a sticker can either contact info@outcentraloregon, or visit Central Oregon Locavore or Recharge Sport. Stickers are free, but donations are accepted.

"Because we were supposed to celebrate Pride on Saturday, we want to encourage people to celebrate Pride around town," Nesbitt continued. "If you own a business, decorate your shop. Dress up. Go to downtown Bend, look for flags in shop windows and visit businesses that are supporting the Local Business Unity Project." 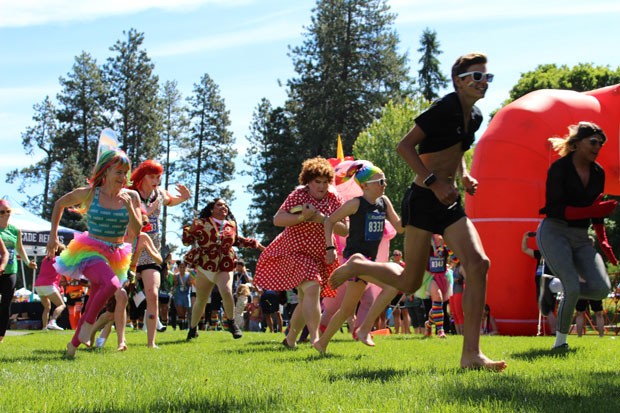 Nesbitt also confirmed that several other Pride-related events were currently in the works, offering community members more opportunities to celebrate unity and equality.

"Last year was the first Pride 5k," he said. "As of now, we're hoping that the event can still take place in September, but we're organizing a virtual 5k in addition. People can walk or run their favorite routes dressed up in colorful outfits. We're currently gathering prizes for those who participate. On June 21 we're hosting a program called 'OUT in Focus,' a collaborative project with BendFilm that's aimed at further highlighting diversity and promoting inclusion. We'll be screening lesser-known films every month, providing community members an opportunity to discuss what pride means to them and share their unique voices. We really want to provide a platform for those who identify as LGBTQ+ and other marginalized characters."

More information on the events is available at outcentraloregon.com.