Challenging Beers for the Past 25 Years

Portland's Hair of the Dog plans a birthday bash 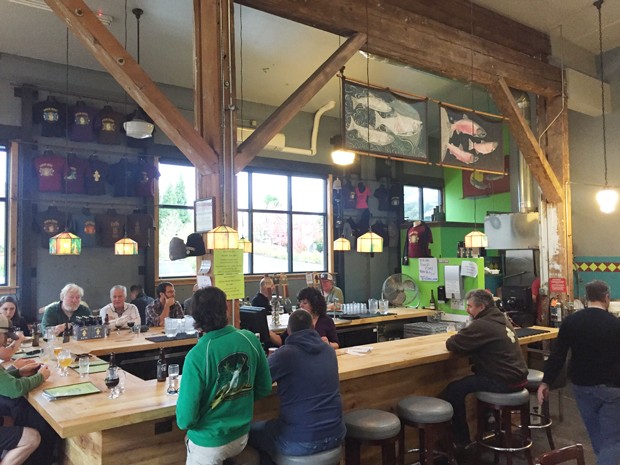 To the Central Oregon resident who only occasionally pays a trip to Portland, it can often seem like the city grows a couple new breweries with every visit. Such is the feeling that pervaded at a recent visit to Beer O'Clock, a hip Pearl District taproom which serves as a showcase for whatever's new and fresh in the local scene.

On the tapwall right now there, for example, is Fighting Pretty Battle Brew, a refreshing blonde ale brewed with raspberries and blackberries. It's made by Dirty Pretty Brewing, which debuted during Portland Beer Week in June. It was once the now-closed Ross Island Brewing, but received a rebrand and facelift after being purchased by Chefstable Group (the company behind famous Portland restaurants including Lardo and St. Jack). Also new in town is West Coast Grocery Co., located in a neat little corner building in southeast Portland, and offering sandwiches, salads, and 12 varieties of beer that span every genre thinkable (including five IPAs, of course).

But even in a beer scene as overheated and exploding as Portland's is, some things never change. Few places exemplify this as much as Hair of the Dog—offering its incredibly unique take on barrel-aged, bottle-conditioned beers since 1993.

"I never knew what I wanted to do when I grew up, but I knew I wanted to make something," says Alan Sprints, HOTD's founder. "My first exposure to beer was a few sips from my dad's glass; pale, fizzy and not very pleasant. As a youth I was fortunate to be able to try beers from all over the world. The beers that I enjoyed the most and captured my interest were the full-flavored beers imported from Europe."

That attitude is well reflected in the tap list scheduled for next weekend, which marks the institution's 25th birthday. As one would expect, the brewers intend to celebrate in style. Vintages and collaborations will be the name of the game, and the list includes highlights such as Adam from the Wood 1978 (an old ale aged in 40-year-old Heaven Hill bourbon barrels), Putin (an imperial stout from 2015, brewed with Dutch brewery De Molen), and both versions of Collage, a strong ale made with Deschutes Brewery in 2012 and 2016.

So why not visit Portland next weekend and get the best of both words—the newest beer and the oldest beer from one of the world's great beer cities?