No parking reservations needed; a "jump the line" program draws the ire of locals

Ski and snowboard time is nearly upon us, and preparations for the winter riding season are well underway at Mt. Bachelor. On Monday, the ski area announced its winter operating plan for the 2021-22 season, including its plans for parking, lift operations and more. Some of those plans immediately drew ire from locals—most notably, Mt. Bachelor's plans to allow skiers and snowboarders to pay to skip ahead in lift lines. 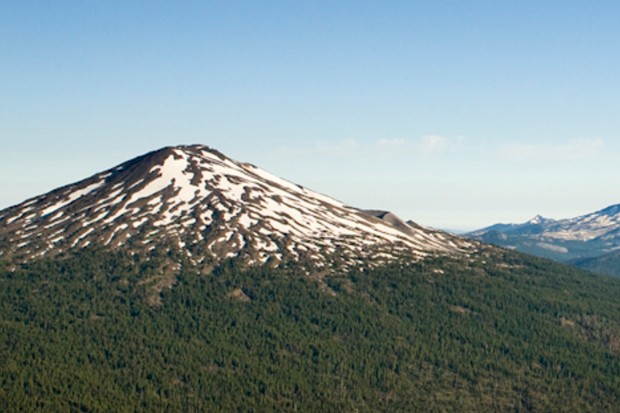 The "Fast Tracks" program is "a daily add-on pass that gives you access to dedicated express lift lanes that bypass the lift line," Mt. Bachelor's website describes. The Fast Tracks pass costs a minimum of $49 and varies in price depending on conditions. It's available on most of Mt. Bachelor's lifts, including the Cloudchaser, Little Pine, Northwest, Outback, Pine Marten, Red Chair, Sunrise, Skyliner and Summit lifts. People can start buying the passes as early as Nov. 1, but the number of Fast Tracks passes will be limited each day.

A petition against Fast Tracks

Locals reacted instantly to the announcement of the Fast Tracks program. Dan Cochrane, who describes himself as "an Oregon native, avid snowboarder since 1983, and Bend local since 1993," started a petition against Fast Tracks on Change.org just after the announcement, asking "Mt. Bachelor and PWDR Corp to cease and desist Fast Passes." The petition had garnered nearly 3,000 signatures by the time this story went to press—one day after it was started.


As the petition describes, "Since POWDR Corp has taken over, it has become clear that profit over people is the new motto. It could not be more ironic and tone deaf that during a time of social and equitable justice awakening that this Corporation has decided to double down on this new motto and bring forth an elite system where individuals can pay an additional fee to effectively 'cut in line' by way of a fast pass."

Cochrane argues that the announcement of the Fast Tracks program is even more unfair because Mt. Bachelor and its parent company, POWDR Corp., did not announce the program until after the early-bird deadline for season passes had passed.

"Why didn't they announce that prior to the passholders getting their passes?" Cochrane shared with the Source. "It felt really underhanded. To be frank, I'm not surprised—but we've got a very tight-knit, old community here. We all moved here for this mountain."

Cochrane said he's also upset at Mt. Bachelor's removal of the 12-day pass—one of the passes previously available that allowed riders to ride for 12 non-consecutive days on the mountain. "That was a local pass for the people who couldn't afford the full pass," he said. "This is just a furthering of the slap in the face to the local community."

Pro File: Lucas Wachs Loves Pillows, Puppies and Powder Stashes
A homegrown local ski professional has put the brakes on traveling during the pandemic, focusing on local snow... and baking
By David Sword
Outside Features

POWDR announced Monday that it is launching Fast Tracks at four of its resorts around the U.S., including Copper Mountain in Colorado, Killington in Vermont and Snowbird in Utah, along with Mt. Bachelor.

"Unlike our counterparts in other areas of the hospitality and event industry, the ski industry has yet to embrace the concept of providing options for guests to upgrade their experience," Wade Martin, co-president at POWDR said in the release. "We are exploring the opportunity to solve for our guests greatest pain points by becoming one of the first adventure lifestyle companies to provide upgrades that maximize the on-mountain experience."

Representatives from Mt. Bachelor did not respond to our requests for comment on the response to Fast Tracks by press time.

Mt. Bachelor also announced Monday that it would return to its first-come, first-serve system for parking at the ski area this season. A few "limited premium paid parking" spaces will be available at the Sunrise and West Village lodges this year, but parking will largely remain free. The first-come, first-serve system represents a change from the 2020-21 season, when a COVID-induced reservation parking system was in place. That program saw some riders turned away from the mountain when they were unable to obtain a parking pass.


This season, Mt. Bachelor is also offering a new app to help visitors navigate the mountain. The app, available for download as of Nov. 1, includes weather tracking, a chairlift alert and a feature allowing people to see the wait times at each lift and a "Find My Friends" feature, among other features.