As we pass the halfway point of any given year, it's always nice to look back at all the pop-cultural shenanigans from the first few months just to see how the year is shaping up artistically. With movie theaters closing, new books going straight to digital and all television shows halting production months ago, 2020 has been a bit of an entertainment wasteland. Yes, there's more streaming now than ever before, but quantity has definitely taken over for quality these last few months and (if we're being honest) it's not a trend going anywhere anytime soon. 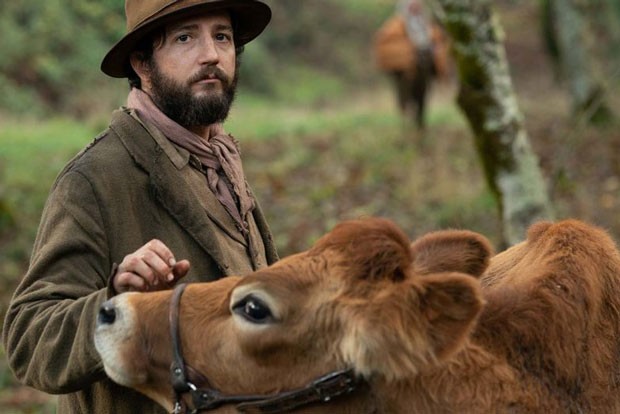 With all that said, let's take a look at the best 2020 has offered so far in the realm of movies, television and everything in between.

Emily St. John Mandel's "The Glass Hotel" is the book of the year so far, with her taking the haunting and elegiac prose of her earlier masterpiece, "Station Eleven," and applying it to a much larger canvas. I won't say anything about the story, but those who loved Peter Heller's "The Dog Stars" will find a lot to connect with in "The Glass Hotel."

"Weather" by Jenny Offill (the remarkable author of "Dept. of Speculation") follows a librarian who becomes a therapist of sorts in this beautifully humanist exploration of the similarities we carry between us overpowering our differences.

If you need books that remind you of the goodness of humanity, then these two are a perfect place to start.

Nothing has made me laugh harder than FX's hysterical "What We Do in the Shadows," which expanded the mythology so deeply in season two that it has even surpassed Taika Waititi's film as far as wackiness goes. There's nothing else like it on TV and, if you're willing to surrender to its rhythms, it only gets funnier as it goes.

For those who love a bit of hard sci-fi, Amazon's "Tales From the Loop" is part anthology show about a mysterious small town full of scientists and part profound study of reality and the interconnectivity of society. It's like if "The Twilight Zone" episodes all took place in the same small town.

Hulu's "Devs" is the perfect balm for everyone missing the speculative excitement of early "Westworld" but looking to avoid the navel gazing of...well, current "Westworld." From the creator of "Ex Machina" and "Annihilation," "Devs" takes on some of the biggest science fiction ideas since Asimov.

The second half of 2020 will hopefully see the releases of the dozens of movies that have been delayed so far this year, but luckily we've still been given a few bangers so far.

"Da 5 Bloods" (Netflix) is a big, messy swing for the fences from Spike Lee that came out in the perfect moment, sandwiched between COVID-19 and Black Lives Matter so perfectly that it feels tailor-made to our national consciousness. It's not a perfect film (Spike Lee sometimes wears his influences a little too broadly on his sleeves), but it's a damned beautiful one.

"Shirley" (Hulu) is a mesmerizing psychological study of author Shirley Jackson, writer of "The Lottery" and "The Haunting of Hill House." The film isn't an average bio-pic; instead, it's a deconstruction of an artist's obsession with their own muse that is at turns perversely romantic and deeply disturbing. Elisabeth Moss deserves an Oscar for this.

My favorite movie of the year so far, however, is much gentler than "Da 5 Bloods" and more humanist than "Shirley." A24 and Oregon filmmaker Kelly Reichardt have teamed up for "First Cow," which follows a white drifter and a Chinese immigrant in 1820s Oregon who are stealing milk from the area's only cow to start a pastry business. Sweet, subtle and tender, "First Cow" is a timely and heart-warming look at the American dream from the perspective of societal outsiders. A masterpiece.