Checking In With Sen. Ron Wyden

March 31, 2020
comment
I talked to Sen. Ron Wyden this morning, ranking member of the U.S. Senate's Committee on Finance, who is still in Washington, D.C. preparing for future legislation to respond to the coronavirus crisis. We chatted about unemployment reform, vote by mail and more.

Questions for Wyden are in italics and the conversation has been lightly edited for clarity. 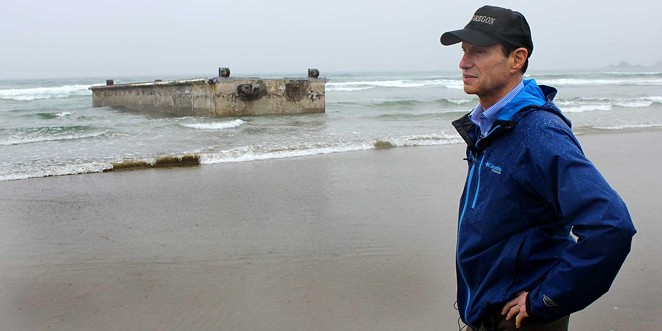 Source Weekly: There’s a great story circulating in national and state media outlets that you helped push for more unemployment benefits using the calculator on your iPhone while in negotiations with Treasury Secretary Steve Mnuchin and Sen. Charles Grassley last week. But you’ve been working on unemployment insurance reform for over a year now. Why did you chose to focus on this last year, even when unemployment rates were at a record low?

Sen. Ron Wyden: What was clear to us well over a year ago [when we first began researching reforms] was that the Unemployment Insurance system was in a time warp. If you go back and trace its history, it began in 1932 in Wisconsin—there haven’t been significant changes since then. Back then no one thought about the gig economy, freelancers, independent contractors, the self-employed. 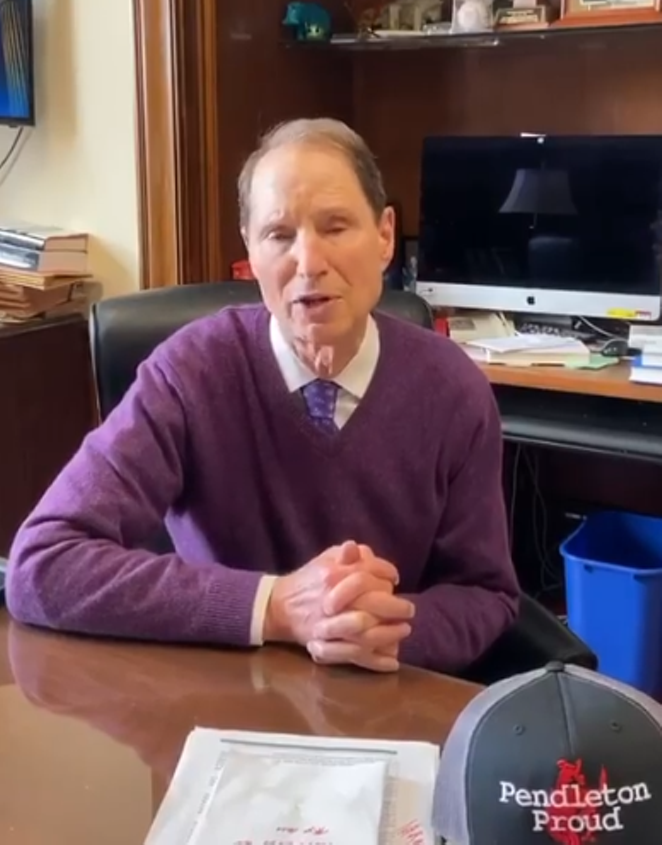 The Oregon economy is two sides of one coin. One side is workers, who have gotten clobbered, lost their wages, lost the ability to pay the rent, buy groceries, pay for out-of-pocket medical expenses, prescriptions that aren’t covered… they are really hurting.

As ranking Democrat on the Senate Finance Committee I negotiated with Mnuchin and Grassley, and we agreed that unemployed workers will not only get their full benefit under the existing law, but for the next four months, they’ll also get $600 a week. This is designed to replace wages.

The other side of the coin in Oregon is small business. There are a few big businesses in metro areas in the state, but it is, overwhelmingly, a small-business state. The CARES [Coronavirus Aid, Relief, and Economic Security] bill includes a tax credit for employers who retain their workers, expands loans and grants for small businesses, and forgives small business loans over the upcoming period [with some requirements.]

SW: You were first elected as Oregon’s U.S. Senator in 1996 in a vote-by-mail election, and you’ve continued to advocate for it nationwide. Along with Sen. Amy Klobuchar (D-Minnesota), you introduced the Natural Disaster and Emergency Ballot Act of 2020 last week which, if passed, would guarantee mail-in paper ballots for every voter in the U.S. Will the rest of the country eventually follow Oregon’s lead?

RW: It’s a product of the times. Of course we’ve had this in Oregon for several decades, it’s cost effective, people like the convenience, there’s a rigorous protection of the integrity of each vote with signature verification.

We may be faced with a challenge this fall: Vote by mail or no voting at all. Given these two choices—in the worst-case scenario—I don’t think it’s a close call, this is what I say in conversations with Republicans. All those years when I was pounding away at vote by mail we saw a lot of states expand absentee ballots, and cut back on requiring an excuse to get an absentee ballot. This is already a trend, we would just be upscaling the status quo.

(Note: The CARES Act signed by President Trump on Friday, includes $400 million in election security grants to help states prepare for the coronavirus during upcoming elections. Wyden said this was a step in the right direction.)

SW: You have been talking with leaders at hospitals in Oregon throughout the COVID-19 crisis. What have you learned about how the federal government can support hospitals right now?

I spent a big chunk of yesterday working through the hospital issues… I had a call with Joe Sluka [President and CEO] at St. Charles… The reason it is so important that we support them is because traditionally hospitals have been able to do elective procedures paid for with commercial insurance, which tends to pay more.

Now hospitals are stepping up and saying ‘we’re going to focus on COVID-19 patients, we have to push through the pandemic first.’ This has put a lot of hospitals around the state facing a cash crunch. I was able to add a provision into the CARES Act of $100 billion for hospitals. Some of this will replace forgone revenue [the hospital would have made from elective surgeries]. The second is surge provision funding. A small rural hospital for example can use the funds to expand their entryway to test and screen people before they enter their hospital.

Wyden will also be speaking (along with Oregon U.S. Sen. Jeff Merkley) Thursday, April 2 at noon as part of the Bend Chamber of Commerce COVID-19 Impact Webinar series. This is a free event and requires registration to access the Zoom link.