Chefs and their Pets

Do chefs' dogs have the refined palates of their humans? We set out to find out 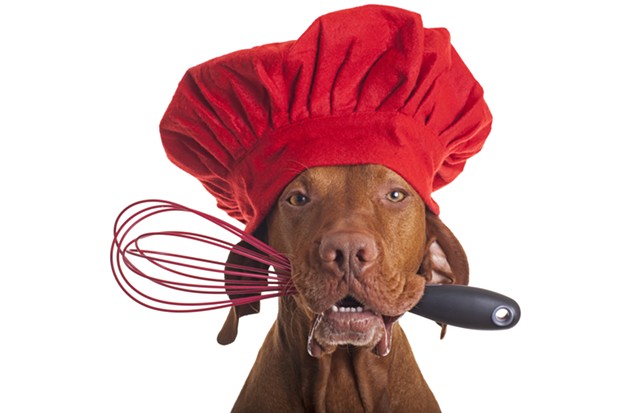 Do chefs dogs have a culinary advantage? Do they dine beyond the kibble and get special chef-made meals? Do they get leftovers at their humans' restaurants? In honor of the Dog Days issue, we did some investigating to find out. 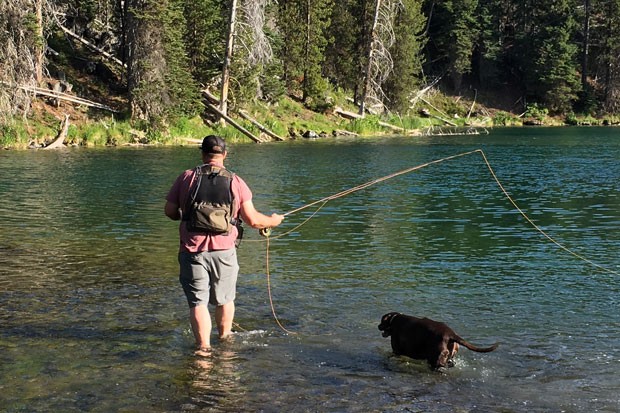 Finn is a 7-year-old Lab Pointer mix whose human is Rich Winiarski of Big Ski's Pierogi. Finn's breed is known for having a people-pleasing sweet temperament and the ability to hunt. Winiarski and Finn are adventure partners, hunting for mushrooms and hiking and fly fishing together. They have a favorite fishing hole, but we couldn't get them to disclose the location. Winiarski told us he cooks for Finn. "He literally eats whatever I eat. I like to share." He teases that Finn is Polish by adoption; that's why his favorite snack is pierogi, the filled dumpling that's a national dish of Poland. We asked Winiarski what Finn would order off of the Big Ski's Pierogi menu and he said, "Golumpki (stuffed cabbage roll). He loves any meat but also loves cabbage, so the beef and pork combo plus cabbage is a win- win!" Try Finn's favorite at either of the pet-friendly Big Ski's Pierogi locations at Good Life Brewing or The Podski on Arizona Avenue. 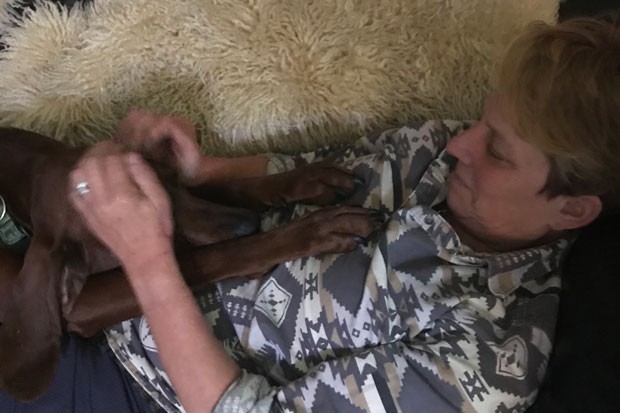 Chef Bethlyn Rider of Bethlyn's Global Fusion has a small pack of pups, including RB, a 7-year-old Redbone Coonhound, Beetle, a 14-year-old Dachshund, and Rotty, an 8-year-old Border Terrier. Rider hangs out with her dogs in her backyard and takes them on long hikes. Rider said she does cook for her dogs. "RB steals our steaks and salads. Caesar salad is his favorite, and of course, Sunday night family time with the dogs and popcorn." If her dogs could order from her menu, Rider thinks they would order, "pulled pork tacos, a Cuban sandwich and a Japanese nori salad." The patio at Bethlyn's Global Fusion is pet-friendly. 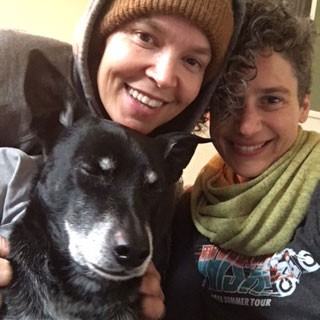 Amy and Courtney Wright and Moki

Co-owners of Sunny Yoga Kitchen, Amy and Courtney Wright, have Moki, a 10-year-old water-obsessed Heeler-Terrier mix. They said, "We love to spend our days off with the handsome guy." On days off they head to the mountains for hiking, camping, trail running and canoeing. Moki perks up when Amy is in the kitchen. "I don't cook for him, but I do give him scraps of fruits or vegetables I might be prepping for a meal." With that, it makes sense Moki's favorite snack is tomatoes. When asked what Moki would order off of the Sunny Yoga Kitchen menu, Amy said, "He would order the Burmese pork bowl, no doubt. Because we only feed him vegetables and fruit if it's 'human food,' whenever I'm cooking meat he drools like crazy." The Burmese pork bowl is pork with sambal chilis, garlic, ginger, onions and cilantro served over rice and topped with a sunny-side-up egg. Sunny Yoga Kitchen's sidewalk patio is pet-friendly. 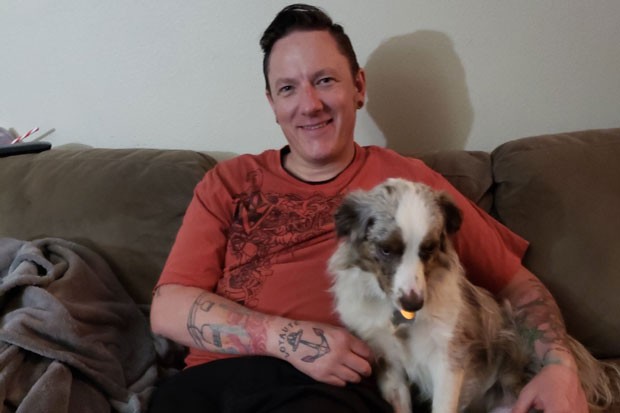 When we asked Josh Podwils if he cooks for his dog, Ranger, he said, "not really." That's no surprise—how would he have time? Podwils is the executive chef at Brother Jon's Alehouse and produces monthly French-inspired pop-up dinners at Loyauté. Ranger is a very shy, 19-month-old Mini Australian Shepherd with one blue and one brown eye. Podwils said, "I like to hang out with Ranger at my in-laws' 3-acre farm, where there's lots of room to run and have adventures with his dog friends, Zeke and Hazel." When Ranger isn't herding his furry friends, his favorite snack is chicken jerky or rawhide chews. What would Ranger order from the Brother Jon's Alehouse menu? Podwils said, "Filet mignon with mashed potatoes and gravy."