For some LGBTQ+ community members, boycotting new restaurant is an individual choice, but not a public display

Some Bendites are excited for Chick-fil-A to open its first franchise in Bend this week, as exemplified by comments on the location's Facebook page. One commenter, who wrote she's "beyond excited," called it the "lord's chicken."

Others are preparing to boycott the fast food restaurant entirely due to the chain's history of donating to anti-LGBTQ+ causes. 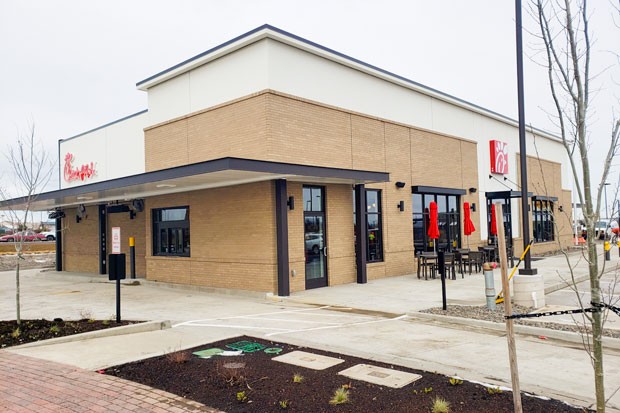 In 2017 and 2018, the Chick-fil-A Foundation donated over $2 million to The Fellowship of Christian Athletes and $165,000 to the Salvation Army. The Fellowship of Christian Athlete's "Statement of Faith," as listed on its website, reads, "We believe God's design for sexual intimacy is to be expressed only within the context of marriage. God instituted marriage between one man and one woman as the foundation of the family and the basic structure of human society. For this reason, we believe that marriage is exclusively the union of one man and one woman."

Several locations nationwide have banned Chick-fil-A from opening because of its ties to anti-same-sex marriage organizations—including airports in San Antonio, Texas and Buffalo, New York, as well as five universities. Following those bans, the restaurant chain announced in November that it would cease donating to the above-named charities. In a statement released by WCVB Boston, LGBTQ+ activism group GLAAD announced they would treat the announcement with "cautious optimism." Zach Stafford, editor-in-chief of the national LGBTQ+ publication, The Advocate, tweeted "THE GAYS HAVE WON."

So how do local same-sex marriage advocates feel about the chain opening in Bend?

"I'm certainly not pleased about it," said Kit Foreman of Bend, a longtime LGBTQ+ activist. "And I know I'm going to be disappointed by the number of people who call themselves 'allies' but will still support Chick-fil-A."

An early January press release from the company stated that the restaurant, located along Highway 97 on Bend's north side, would bring nearly 100 full and part-time jobs to the area.

But Cait Boyce, president of Central Oregon chapter of Parents and Friends of Lesbians and Gays, said the number of jobs is small compared to the overall impact. "Why are people saying it's a great thing, because of the jobs it provides? Really, when you take a look at the numbers, the jobs provided are pretty insignificant," she said.

“They treated each team member with respect and were diverse in their hiring practices. They never brought their religious views into the workplace, and strove to make the work environment inclusive and fun.”—Ryan Patrick Ray tweet this

While it's too soon to poll local employees about their experiences, former Chick-fil-A employee and gay man, Ryan Patrick Ray, offered insight on his time spent working for a franchise in Florida.

"Chick-fil-A is a great company to work for, as long as you have great operators, which I was lucky enough to have," he explained. "They knew about my lifestyle, and they didn't hold back advancement when it was deserved. They treated each team member with respect and were diverse in their hiring practices. They never brought their religious views into the workplace, and strove to make the work environment inclusive and fun." He noted that the pay was good (he moved from $10 per hour to $14.70 per hour in less than a year), and said he's still invited to every company Christmas party.

Boyce believes the support the restaurant chain gets from members of the LGBTQ+ community and its allies is attributed to a lack of education regarding the company's donation record. She also noted that while a fair number of community members are willing to boycott the chain, attempting to protest on a large scale is unrealistic.

"It should be boycotted; it should be protested. But protesting is a hard thing to do in this day and age, because people work. Even if there was a major protest, it might drive a few customers away, but I doubt it would make a major impact. People might agree, and think, 'Oh yeah, I'm against that. Until I want a chicken burger.'"

She explained that rather than attempt to organize a PFLAG protest, she would lead by example. "No way I'm going to walk into a Chick-fil-A, it goes against everything I stand for. I've never wanted a chicken sandwich that badly, I'll tell you what."

Despite frustrations, no groups have announced local protests, and those opposed will boycott the restaurant on an individual basis. "I absolutely believe that people can vote with their dollars," Foreman said. "A great way to effect change is to refuse to support a business, and to encourage your friends to do the same." When asked about any organized protests, they said, "At this point in the process, I don't know how much of a difference it would make. Change is multifaceted—protesting, putting money into things you support, personal boycotts... I think a combination of all these things is what makes a difference."

The chain has an official ribbon cutting scheduled for Thursday.