Instant fiesta: Just add any of these local Mexican-style beers

Isn't it loco to think that we have Austrians to thank for Mexican lagers? German immigrants greatly influenced non-indigenous brewing in Mexico, but the quintessential Mexican lager is a style more formally known as Vienna lager because in 1864 Napoleon imposed an Austrian-born emperor. Though he was executed by Mexican forces in 1867, Austrian brewers kept emigrating and creating beers like Negra Modelo.

The hallmarks of Vienna lager are that it's brewed with Vienna malt—imbuing a reddish hue and lightly toasted bread and toffee flavors—and Continental noble hops such as Czech Saaz or German Hallertauer. Mexican lagers evolved to become more synonymous with blonde, adjunct lagers such as Corona (the best-selling imported beer in the U.S.). 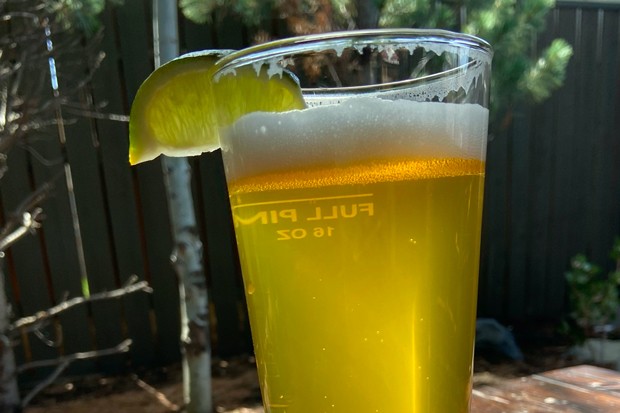 Whether it's the heavy reliance on flaked corn, or more likely, the dexterity and time-consuming nature required to brew an excellent lager, American craft breweries largely ignored lagers in favor of ales. When they did attempt them, they were predominantly thin and golden, modeled after Czech or German pilsners. But between Corona being the top import and the once-dirty-little-secret that many craft brewers have a stash of Pacifico or Tecate, Mexican-style lagers are finding footing across Mexico's northern neighbor. To anyone who complains that some of them include maize in the grist (to lighten the body, not cheapen the cost) and are therefore not true craft beer, how's that mango-marshmallow-mochi milkshake IPA you're Instagramming?

The key with corn is that it is highly fermentable, so it contributes to the alcohol content, but the svelt body makes said beers highly "drinkable" or "crushable." And with 80-degree days already upon us before the unofficial start of summer drinking, a.k.a. Cinco de Mayo, here are five local Mexican-style beers to ring in the season.

Crux Fermentation Project, "Chicano Batman" (4.7%). This beer was created by Crux's assistant brewmaster, Jonathan Cano, who's also an inaugural recipient of the Michael Jackson (the late beer writer, not the King of Pop) Foundation Sir Geoff Palmer Award for Brewing. It's built on a mélange of dark and chocolate malts while still spiced with various noble hops. A lighter one called "Fernando Valenzuela" (4.6%), brewed with flaked maize and some lime-throwing Motueka hops, is nothing to balk at.

Sunriver Brewing, "Deseo" (5%). Here's a beer that was intended to taste like the customary lagers, but ended up adhering to the Bavarian Purity Law. When Deseo's brew day arrived, nary a flake of corn was found in the brewhouse, so the result isn't just an all-malt light lager but one that earned a gold medal in the Latin-American or Tropical Lager category at the North American Brewers Awards. Brewed with less Vienna malt than similar beers yet with more hops (Czech Saaz and Oregon Mt. Hood), it's served in a pilsner glass with a lime.

GoodLife Brewing, "Buena Vida Mexican Lager" (4.7%). This has all the traits of the Mexican beers frequently purchased by the "suitcase." From the pale, straw color to the mere kiss of grassy, noble hops, although it contains flaked maize, it still ends up with bready flavors over corn tortilla.

Boss Rambler, "Bajaveza Cerveza Clásica" (4.5%): Neither over-thought nor overwrought, Bajaveza aims to deliver a classic Mexican lager without any of craft's bells or whistles such as dry-hopping. The result is light, crisp, and muy refreshing. Available exclusively in tallboy cans.

Worthy Brewing, "Salted Lime Gose." In lieu of a Mexican lager, Worthy's celebrating Cinco with a beer that negates a lime wedge in favor of hand-zested limes, and a fair amount of the juice, directly in the beer. Gose is a sour wheat beer with a trace of salinity, in this case the use of Jacobson sea salt. It's mostly associated with the German cities of Leipzig and Goslar, but its citric and salty bite make it a natural pairing for the chicken tinga at Worthy Taps & Tacos.