Citizen Involvement is the Oregon way. Local officials should remember that when voting on plans | Editorial | Bend | The Source Weekly - Bend, Oregon

Citizen Involvement is the Oregon way. Local officials should remember that when voting on plans

Citizen committees are a vital part of local government—and not everyone has to be an "expert."

For the past 16 months, members of the Deschutes County Solid Waste Advisory Committee have been meeting with the goal of making recommendations for a waste plan that would serve the region into the future. With Knott Landfill set to be full within 10 years, the committee has worked to develop recommendations that would help the community reduce the amount of waste it puts in the landfill. They are also recommending strategies to reuse and recycle more materials—as well as recommending strategies to increase the recovery of food waste, mostly in the form of increasing composting among households. The committee also recommended further exploration of how the community could better handle construction waste, as it makes up about 25% of the waste at the current landfill. 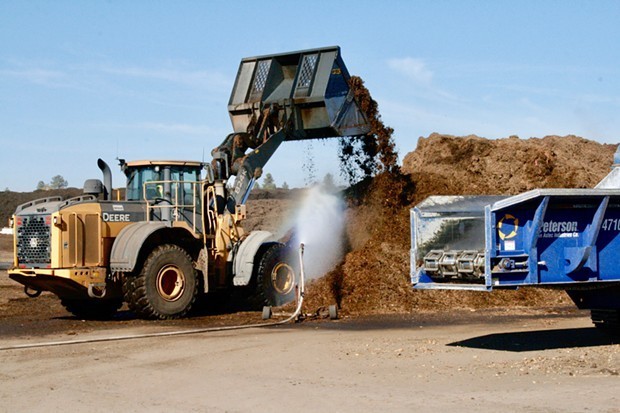 There has been a solid effort and a great deal of work put into this project on the part of the committee. The group is made up of a host of people appointed by the county, including community organizations such as The Environmental Center, local city representatives, local waste haulers and also citizen volunteers.

The Deschutes County Board of Commissioners was expected to vote on the plan Sept. 18—but didn't. Commissioners cited a few concerns. Commissioner Tony DeBone weighed in about the need to include the private sector in addressing the waste system even though the draft plan did, with an appendix.

However, the most disappointing part of the meeting came from Commissioner Phil Henderson, who chimed in at the 9th hour with a number of concerns. One was about the need for food waste reduction—citing it as a "big city" effort that might not be appropriate in this region. This comment came in spite of the fact that numerous groups and individuals in the community see food composting as a way to significantly reduce waste. The City of Bend's pending climate action plan, if adopted, would also address food waste. Republic Service—now the parent company of Bend Garbage & Recycling—has already completed a successful pilot program with 600 local customers, in which people have been adding kitchen scraps to their yard debris bins. As of Oct. 1, that optional service expanded to include all Cascade Disposal and Bend Garbage & Recycling customers.

Henderson also "questioned whether such recommendations were a goal of the committee and if the committee had the right people to evaluate such issues." According to the minutes of the very first meeting of the Solid Waste Advisory Committee from January 2018, its members were to be tasked with "providing input on how Deschutes County processes solid waste after the Knott Landfill reaches capacity by evaluating disposal options and examining other aspects of the solid waste system: collection, recycling and transfer." In other words, it was certainly the committee's goal to "provide input" in the form of recommendations. As to whether the committee had the "right people?" Of course; they were approved by county officials. Were they experts in solid waste? Some of them, yes. Some, no—nor were they required to be. 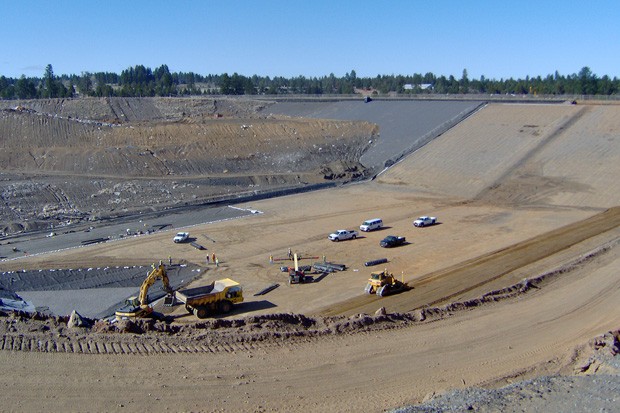 Local people, organizations and businesses have been volunteering their time and energy over the past year and a half in order to tackle the very mundane but important task of helping shape a waste plan for Deschutes County. While it's not unheard of to have a county commissioner question portions of a plan before voting upon it, it's disturbing when a commissioner holds up the entire process because he is uninformed about the basic tenets and mission of the program presented. To add insult to injury, rather than humbly ask for an extension so that Henderson can perhaps buy himself some time to get up to speed on the issue, he doubled down, insulting the commission tasked with coming up with a solution by asking whether they were the "right people." Here's some helpful info on citizen involvement from "Putting the People into Planning: A Primer on Public Participation in Planning," a 1996 manual focused on citizen involvement programs for communities in the state of Oregon. Albeit decades old, it captures the spirit of citizen involvement in our state:

"'Citizen involvement' means participation in planning by people who are not professional planners or government officials. It is a process through which everyday people take part in developing, administering, and amending local comprehensive plans and land use regulations. It is citizens participating in the planning and decision making that affect their community."

Many hands and many hours go into developing a set of recommendations, such as the county's solid waste plan—and those hands most certainly include laypeople who have no other base of knowledge, besides being residents of the community. Phil Henderson would do well to remember that when commenting upon such recommendations. Citizen involvement is the Oregon way—and local elected officials do themselves and the community no favors in thinking otherwise.