City May Fund Services for the Unhoused

The Bend City Council debated various building tax levies for funding services for the unhoused during its Nov. 4 City Council meeting. The number of local people experiencing homelessness went up by 60% since 2015, according to the Central Oregon Homeless Leadership Coalition, to an estimated 969 people in 2020.

City Manager Eric King introduced the proposal as a response to a request for funding for the planned Central Oregon Veterans Village, which may be completed sometime this winter. 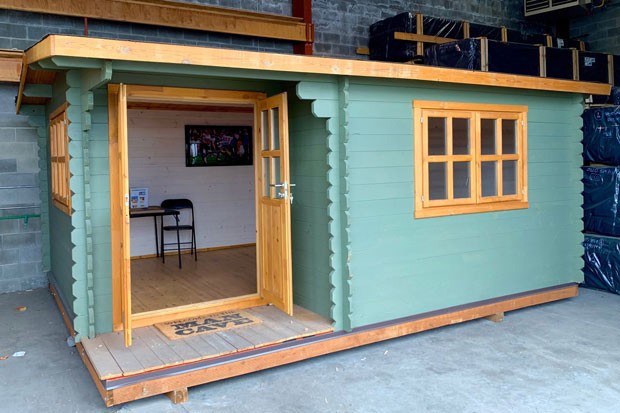 "We've taken this opportunity to broaden that conversation towards the need for more services and more housing options for those families earning less than 30% of the Area Median Income," King said. According to the U.S. Department of Housing and Urban Development, the 2019 Area Median Income in Bend was $78,600 for a family of four and $23,580 for a family of four earning 30% of AMI.

In 2006, Bend was the first city in Oregon to implement a .33% construction excise tax on almost all new building permits, using the money for affordable housing, Lynne McConnell, the city's affordable housing manager, explained. Since then, the state has gone back and forth, first restricting new CETs altogether, then lifting the ban in 2016 with a host of restrictions and caveats for new residential CETs.

New CETs on commercial and industrial buildings don't have the same restrictions from the state, McConnell explained. If the City decides to move forward with an additional tax on these structures, 50% of these funds could go toward supporting services for people without homes, and 100% of the new funds would stay within the City's control.

"While this is a trying time for our commercial center... We haven't done the calculations yet, but we were expecting some bad, bad news when COVID first hit and it has turned out in a lot of ways to not impact the City in the way we expected," McConnell said. "Our construction activity is very steady and increasing."

Last year, the City had approximately $75,000 in Community Development Block Grant funding that it could use for homelessness services, according to City Councilor Bruce Abernethy.

The best practice for managing a successful housing project for people experiencing homelessness is to have the funding for services for them lined up before the building is constructed, McConnell said, noting that the lack of long-term funding for the transitional homelessness services has been a historical challenge across Oregon.

Councilor Justin Livingston spoke against the levy, saying an additional tax could "kill a project." Instead, he suggested the City use money from the General Fund.

"I'm opposed to all of the fees," said Councilor Bill Moseley, who argued the City should let the free market build housing. "I'm not in favor of re-allocating from one group of people to another like this."

Both Councilors Abernethy and Barb Campbell encouraged the City Council to move forward with an ordinance for a .33% additional commercial/industrial CET before the end of the year. King promised to have the language prepared for a first reading of the new law by early December.