In July, the City Council will vote to repeal its ban to comply with the new statewide ban on single-use carryout bags

Although Gov. Kate Brown hasn't signed the bill into law, she is expected to do so soon. According to Anne Aurand, City of Bend communications director, the state bill is similar to Bend's, but also adds in banning plastic restaurant take-out bags. Also, the state bill set the fee for purchasing single-use, non-plastic bags at at least 5 cents, compared to the 10 cents in the City's code. 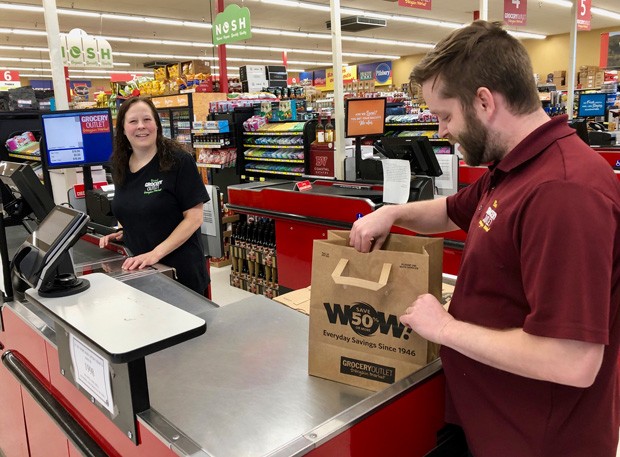 Aurand said informational materials and enforcement will become projects of state government, but the City is supportive and still encourages residents to "Bring your bag, Bend!"

The statewide bill doesn't stop shoppers from using plastic bags for the packaging of bulk items such as fruit, veggies, nuts, grains or small hardware items like nails, bolts or screws.

According to the text of HB 2509, a "single-use checkout bag" is defined as a bag made of paper, plastic or any other material that is provided by a retail establishment to a customer at the time of checkout—and is not a recycled paper checkout bag, a reusable fabric checkout bag or a reusable plastic checkout bag.

Instead of providing the single-use bags, according to the state bill, retailers may give its customers reusable fabric checkout bags at no cost as a promotion on 12 or fewer days in a calendar year. They may also provide recycled paper checkout bags or reusable plastic bags at no cost to people who have a voucher issued under the Women, Infants and Children Program, or use an electronic benefits transfer card issued by the Department of Human Services (EBT).

Blake Shappell, store manager of Grocery Outlet, said his store stopped using single use plastic bags earlier this month. Shappell and one of his cashiers said they understood why the City is setting aside its bag rules in lieu of following the state—especially because it will give customers more time to get used to the new rules.

In December 2018, when the City Council preliminarily approved to "Un-bag Bend" it did so without unanimous support. Councilor Bill Moseley said during the Dec. 5 meeting that he thought it was more of a state government decision, and Councilor Justin Livingston said flatly that he wouldn't support the ban at all, citing a study done by the University of Arizona on the health risks of reusable bags.

Retailers who violate the bill could face a Class D violation and a maximum fine of $250, according to the text of the state bill. Each day a retailer commits a violation would be considered a separate offense.