Cliff Bentz should not waste his chance to lead | Editorial | Bend | The Source Weekly - Bend, Oregon

Cliff Bentz should not waste his chance to lead

Rep. Cliff Bentz (R-Ontario), voted against certifying Pennsylvania's electoral votes, and then doubled down and voted against impeaching the current president

By now voters in Oregon's Congressional District 2 are becoming increasingly concerned that for the next two years they're going to be represented by a partisan politician. In the wake of the mess that was the siege at the U.S. Capitol, our new Congressman, Rep. Cliff Bentz (R-Ontario), voted against certifying Pennsylvania's electoral votes, and then doubled down and voted against impeaching the current president.

In a statement, Bentz wrote, "the current rush-to-judgment impeachment proceedings have only succeeded in dividing our country even more." Contrary to Bentz's feeling, Republican support for impeachment was not unprecedented or universal in the region. Rep. Jaime Herrera Buetler, a Republican from Washington, was among those who voted in favor of impeaching Trump. 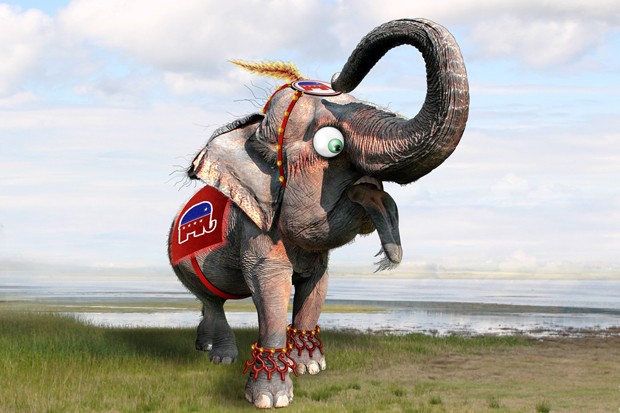 It's disappointing that in a time when more federal action is needed—in the form of stimulus funds for desperately struggling businesses and individuals, and the need for a swift plan to roll out vaccines—we seem to increasingly have a representative who's willing to hitch his horse to an ousted president. If this past year has taught us anything, it is that the issues that most need addressing do not pertain to the politics of "the base." The issues that all of us face now involve basic needs: Food. Shelter. Safety. Health. Gainful employment. These are not partisan issues.

According to the U.S. Census Bureau's 2019 Community Survey, the population of the 2nd District was over 840,000. Nearly 200,000 of them live in Deschutes County—a county that saw a marked "blue wave" in this last election. Inside the 2nd District, as of 2019, were over 68,000 people without health insurance. There were over 119,000 people of Hispanic or Latino origins—with over 105,000 of Mexican descent. There were over 44,000 who worked in retail trade, and over 36,000 working in accommodation and food service. And while the most recent figures showed the 2nd District trending Republican by 11 points, it is shrinking.

If conservatives, and Bentz himself, truly want to stop "dividing our country," as he stated last week, then the first step is to stop worrying about a confused base that has been deluded by falsehoods, and to truly accept that the recent violence in the U.S. Capitol is the party's nadir and it is time for change. No amount of spin is going to improve that.

For us here in Deschutes County and in Bend, almost a quarter of the population of Bentz's district, Bentz has some explaining to do. Already an outsider here, his recent votes have only alienated this part of the district and left one of the fastest-growing cities in the nation wondering, "how do we get this guy to pay attention to us?" It shouldn't be that hard.

It's too late for Bentz to take back his votes on the electoral college and impeachment. But it is not too late for Bentz to take a deep breath and look around at the incredible opportunity he was given in winning this district. It is a diverse district and one that is craving change—and more importantly, balanced representation. What Bentz can do, in the spirit of being a better representative, is to step out of the white-hot spotlight and do the hard work of fact finding what this district needs. We guarantee it does not lie over the cliff he seems hell bent on flinging himself.

We simply are asking for reasonable leadership to help lead us out of the ongoing medical, social and economic hardships that currently plague us all. Cliff Bentz, we're counting on you.