The owner of the proposed Thornburgh Resort withdrew an application to purchase about 400 acres of property from the Department of State Lands on July 29, after a significant amount of backlash to the sale from nearby Eagle Crest residents, environmental advocates and people who recreate in the area. 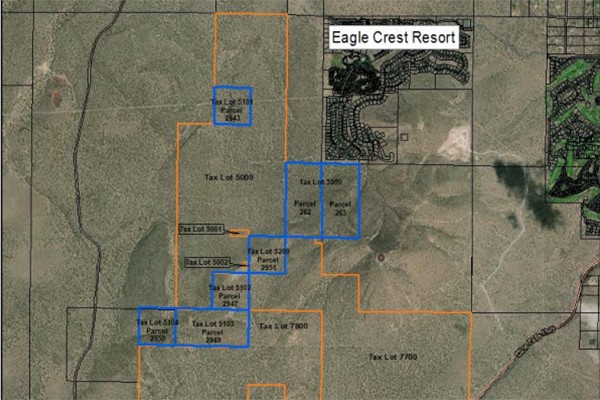 The 400-acre property, called the Cline Buttes Tract, is surrounded by private property owned by Kameron DeLashmutt, Thornburgh's developer. He leased 160 acres of the land in 2005, a year after he began planning and permitting the land for the Thornburgh Resort. DeLashmutt later leased the remaining 240 acres that was transferred to DSL from the Bureau of Land Management — after DeLashmutt relinquished a $150,000 mining claim — according to a letter DeLashmutt's lawyer sent to the DSL.

The proposed sale of the property shot off alarm bells from environmental activist group Central Oregon LandWatch. A March 3 press release from COLW included a call to action, inviting readers to provide public comment to the DSL and invited people to sign a letter asking the DSL to reject the sale. Over 4,500 people, business and organizations signed the letter by the time the sale fell through.

"It's a monumental victory for a community that spoke out in unison and had its hopes and dreams on the line. And the applicant's decision to withdraw their application signals that the land will remain public and for that LandWatch and many in our Central Oregon community celebrate," said Ben Gordon, executive director of Central Oregon Landwatch.

In his letter terminating the offer to acquire the sale, DeLashmutt says he's "disturbed by the inaccurate statements being made about the history of this lease, the purchase application, and the Thornburgh resort project," levied during a public hearing on the sale on March 10. DeLashmutt told the Source in March he intended to keep the land as open space, minus the development of a road. The terms of the lease allow for construction of a road, and DeLashmutt this week said the sale isn't necessary for the resort to proceed.

"The resort's approved plans have roads across the DSL lands, which are specifically approved under the lease. It did not need to purchase the land to get anything further. In retrospect, when DSL suggested that Thornburgh purchase it, we should have simply declined," DeLashmutt wrote in an email to the Source.

DeLashmutt says DSL approached him in late 2020 asking him to purchase the property during routine discussions about the lease. Though the sale fell through, DeLashmutt still holds a lease on the property through 2031. Three days before he opted out of the sale, an extension of Thornburgh's controversial water right permit was denied by the Oregon Water Resources Department. 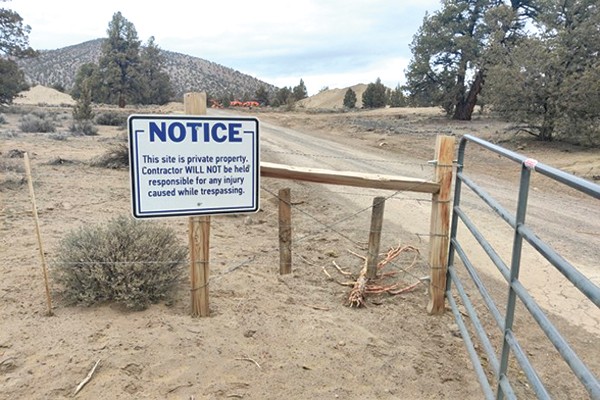 One of the main criticisms levied at Thornburgh is the 9.28 cubic feet per second it's permitted to pump under a 2013 application. That could amount to up to 6 million gallons a day, but annual allowable volume of 2,129 acre-feet would mean an average of about 1.9 million gallons a day. OWRD decided that DeLashmutt hadn't met the condition to build wells by the time the water right expired. Gordon, from COLW, considered the decision a win, saying the water rights the development needs to water fairways and fill ponds have been forfeited.

However, DeLashmutt said Thornburgh is proceeding as planned and that he can leverage other water rights he owns that are currently kept in the watershed, noting he'd recently applied to send 200 acre-feet of water to the struggling North Unit Irrigation District for temporary drought relief.

"We currently have an approved master plan for the entire resort, additional plan approvals to construct 300 single family lots and 37 cabins lots, site plan approvals to build 24 cabins, the golf course and lake, the golf clubhouse, welcome center and gatehouse are all approved," DeLashmutt wrote. "We are implementing those plans now."