When it comes to learning and achieving, a few successful Bend athletes see themselves as both mentors and mentees

"If I have seen further it is by standing on the shoulders of giants."

Teachers, advisors, guides, counselors, coaches, confidants: All people whose role is to bring out greatness in others. The modern world is wrought with crossroads, confusing choices and rapid-fire messages. Mentorship is one way to clear the path toward success. From Jesus and Socrates, to Steve Jobs and Yoda, those who mentor are a vital link in human development, and in the quest for knowledge.

“In individual athletics you can see the outcomes of the work you put in…or don’t. If you don’t train, it’s difficult to win.” —Andy Fleming tweet this

I sat down with some local people who are committed to mentorship—both offering it and receiving it.

Andy Fleming is a school counselor at Summit High School. A former collegiate soccer player who loves running, Nordic skiing and cycling, Fleming has helped coach the Summit cross country team since 2012. Working with close to 400 students in his counseling role, he wishes he had more time for mentoring. 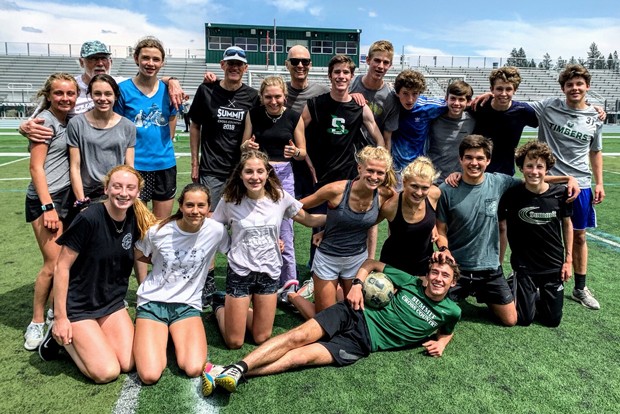 "My goal is to connect with as many students as I can, giving them as many opportunities as possible. Get them into the right classes and work as a middleman (for communicating) to teachers," he says. "My job is to counsel on both the academic and social spectrums. I help students navigate the multiple voices they hear from teachers, parents and coaches," he says.

Fleming says his background in athletics has taught him that putting in the work breeds success. "In individual athletics you can see the outcomes of the work you put in...or don't. If you don't train, it's difficult to win."

Mentorship for the mentor

Fleming moved to Bend six years ago and began coaching at Summit, where he coaches under the watchful eye of Head Distance Coach Jim McLatchie—a former national champ back home in Scotland.

"Jim really took me under his wing and taught me more about coaching than I ever thought possible," says Fleming. "He taught me the art of coaching. If athletes are invested in the training, he is invested in assisting them attain the goal," Fleming says. He's quick to point out that it's "Their goal (the athlete), and not his (McLatchie).

Summit has seen serious success under these coaches, who also include McLatchie's wife, Carol. The Summit girls won the Class 6A state championships in November, and also won the Nike Cross Nationals in December.

Over time, Fleming and McLatchie built a friendship, running together and enjoying weekly dinners. "We developed a mutual trust within training and in developing the running team," he says. "He is an incredible role model, and I am fortunate to have him as a friend."

Fleming's role within the cross country squad is that of a volunteer these days, but it has put him in a unique position to observe the team and its members. Izzy Max, and her twin sister, Fiona, are two of those members.

"They are the best teammates. (They) include all the athletes from all the events. Although they are at the top of their games, they support all the other teammates, whether they are cheerleading or assisting in training. They are the first to say hello, ask how things are going, and incredibly inclusive," says Fleming. Working with Izzy most of the time, Fleming says, "She is the kind of athlete that inspires both the athletes and the coaching staff. She helps create and maintain a culture among the team, where they set goals, push hard and train every day. It's pretty amazing."

In terms of mentorship and ongoing learning, Fleming counsels students to take an active role. "Go out of your way to form relationships with people. Search for your opportunities. Don't wait for a mentor to find you. Interact. Actively seek and find your mentor," Fleming advises. "At every stage of life, we have a 'rucksack' of experiences. I tell students to fill that pack. Surround yourself with people who have experiences that interest you. Move away from the ones who don't," he says passionately.

"Want to travel to Europe? Find people who have. Integrate. Try to add value to your relationships. If you don't think you have anything to add, ask how you can help. You don't have to be a world-class runner; you can find a way to be involved and add to the overall experience of the community."

"I think perhaps a part of the difference is how the relationship forms. As a teacher I am in a role as the facilitator," he says. Currently teaching at both Bend and Skyline High Schools, Fox teaches graphic design, photography and a social justice class called Design Justice. He also coaches mountain biking and cyclocross with Bend Endurance Academy. "Coaching, on the other hand, includes many of the skills of teaching and, in addition, is about encouragement, analysis and directing athletes," says Fox. "I see mentorship as more of a sounding board and a discussion, more of shared knowledge and teamwork."

“I see a mentor as someone who is on the same path and striving for something similar, someone that I can talk to about what it is we are working on.” —Matt Fox tweet this

Fox sees mentorship as a unique relationship with no authority figure.

"It can improve learning, because there isn't any sort of dynamic of 'who has the knowledge and who doesn't.' It puts both people in the relationship on a level playing field and creates more of a discussion and feedback loop where questions, constructive criticism and brainstorming are really valued," he says.

Fox also says he learns a lot from fellow teachers, who serve as his mentors.

"These are people who I can run ideas by, share questions and talk about what I am working on. I like to think I fill this role for a number of teachers, as well. I also have friends who I race and ride bikes with and I think of them in this role, too," he says. "I see a mentor as someone who is on the same path and striving for something similar, someone that I can talk to about what it is we are working on."

Enjoying the ride and learning from peers

"I know for a fact that I would never be where I am today without my peers, mentors and coaches," says Natasha Visnack, a competitive rider for Bend Endurance Academy. "My peers have pushed me to ride faster, train harder and enjoy more. When I first started, I only knew cycling as a 'suffer-fest.' The older team members—my mentors—showed me that (there is) more to cycling than just intervals and climbs," she says. "My coaches worked with me every ride to help me build skills that have helped me place at national events, given me the drive to take gold, and to be a mentor myself," says Visnack. 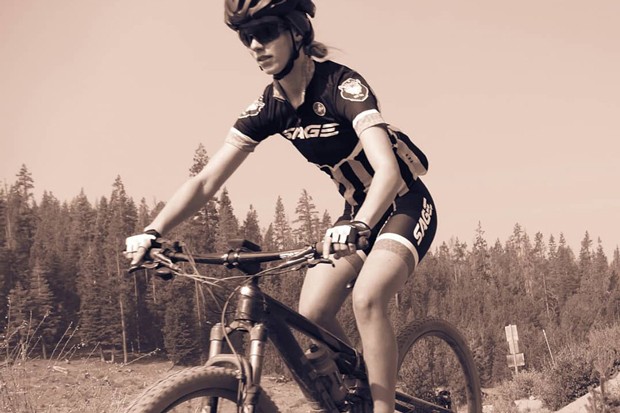 Mentorship to Visnack involves "passing down experiences and being a strong role model on and off the trail." Encouragement and communication are key. "I think mentorship is less about being taught and more about the communication of experiences. While a coach may include some of their own experiences into coaching, the main goal of coaching is to have the student learn. Mentorship on the other hand is less about actual teaching of a skill and more about allowing the mentee to understand the sport/activity better by getting another perspective on it."