Sebastian's Seafood and Specialty Market lives up to the hype

If there's anything I miss from my childhood (other than my sweet, sweet innocence), it's the crushing weight of choosing which place to eat at the mall food court after playing video games at the arcade but before heading to the movies. I obviously want an Orange Julius, but Sbarro and Hot Dog on a Stick are side-eyeing me, promising me easy-to-carry treats to walk around Spencer's Gifts while inhaling.

The minds behind Bend's Grove Market Hall in Northwest Crossing must have been feeling the same way I was, because the space truly feels like the next evolution of a mall food court, but without a random Foot Locker to get in the way. But instead of low-rent cafeteria food that most food courts were filled with, The Grove has multiple high quality restaurants to choose from, the centerpiece of which is Sebastian's Seafood and Specialty Market.

"My inspiration for Sebastian's is driven by my family's hard work and success," says owner Sebastian Galletti about his inspiration to open a combination of a market and café. "My father, grandfather and my two uncles have been distributing seafood for 40 years now from their family-owned business, and now sell fresh and frozen products to more than 16,000 grocery stores in the nation. I have been working with seafood all my life since I was 16 (11 years). Seafood has always been exciting to me, but retail is where I decided I wanted to pursue my career. For two years, I helped run and manage a seafood market with my family. This market did not have a cafe, and that was one of many things I wanted to add to this concept." 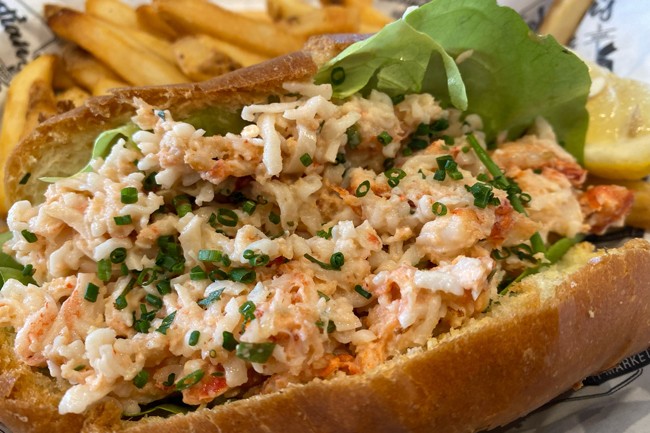 I'm going to get this out of the way right up front: my mom considers herself an expert on the fish and also the chip. I think she and I have gone to every spot in Central Oregon that serves fish and chips, and I've sat in awe as she scientifically breaks down what makes them good versus when they're disappointing. So when I say my mom raved that Sebastian's makes the best fish and chips she has had in Bend, it's a compliment not lightly given.

The fish is sometimes made with cod, sometimes halibut; whatever is the freshest and most exciting catch of that day. The two massive pieces of cod were breaded lightly and perfectly crisp without overpowering the tender and buttery fish that absolutely melted in my mouth and made my mom consider interrogating Sebastian himself on his cooking techniques. The tartar sauce was also legit, the best I've ever had, finding that delicate balance between the dill and lemon while enhancing the fish instead of masking it. 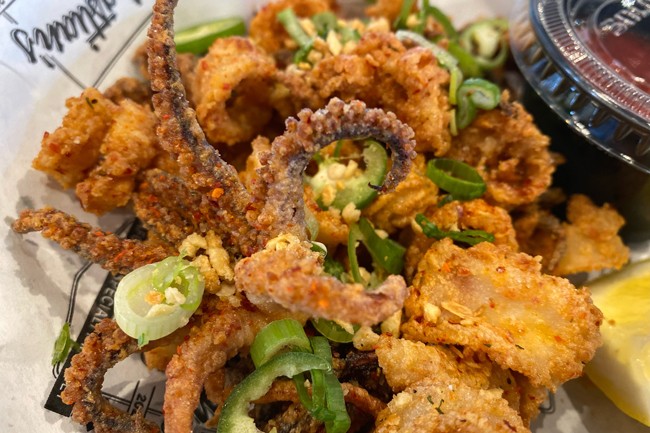 I haven't had a decent lobster roll since the last time I was in Seattle, so when I saw Sebastian's was offering them on the menu, I had to go for it. The bun was perfectly crispy and the lobster was so fresh and tender that it managed to burst with flavor with every bite. It was the perfect combination of claw, knuckle and tail meat, feeling like a genuinely authentic Connecticut-style lobster roll.

Biting into a lobster roll so juicy and fresh was like a beautiful bit of time travel, transporting me back to the Oregon coast and its biting wind and overcast skies. "Sourcing seafood is the trickiest part of this whole operation, but we have found a way to get past that hurdle," says Galletti. "Not only do we use local suppliers up and down the Pacific Northwest coast, but we also fly in a lot of our fish through Fedex. Flying our fish in has been the key to this operation because we can get our fish a day earlier. We fly it in directly from the source to ensure we always have fresh products."

We tried as much as we possibly could until we were full to bursting. The lobster bisque was light and sweet, the calamari was golden brown and perfectly crunchy (completely avoiding the rubberiness so many local places fall victim to). We also purchased some crab cakes and salmon candy from the cooler, which were both delicious and stuffed us until we were deeply uncomfortable.

With the combination of the food court vibe and the Oregon coast freshness, lunch at Sebastian's filled me with great memories of Astoria and Newport while also reminding me of a simpler time, wandering around indoor shopping malls as a kid.