Empathy is taken for granted as a beautiful thing, but it has a dark side

My boyfriend's enabling of his failure-to-launch 26-year-old son is seeming like a deal breaker. Though his son's very likable, he's been fired from every job he's had, including a well-paying delivery job I recently got him, after they perceived liability from his reckless, race-driving ways. His dad lent him a truck, pays the insurance, pays his cellphone bill, and keeps rescuing him on his rent. He spends his days video gaming, getting stoned, and online dating. I was looking forward to getting married, but I don't want my house at risk when his son calls for a bailout. I'm also not sure I want a man who doesn't advance his kids to independence. 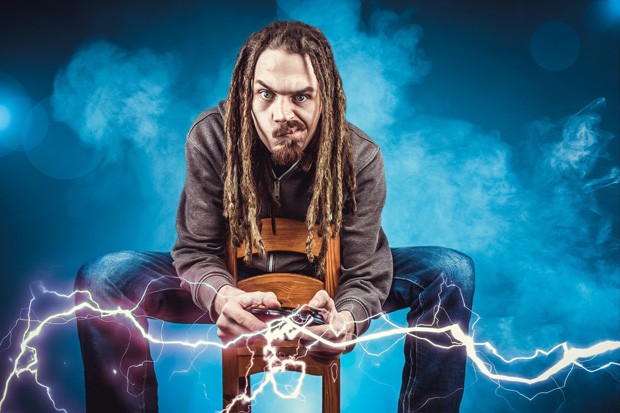 Childhood goes so fast. It's only a matter of time before Cody is 85 and expected to post his own bail.

Your boyfriend is acting out of empathy for his son. Empathy is taken for granted as a beautiful thing, but it has a dark side. It comes from the German word, "einfuhlung," meaning "in-feeling" or "feeling into." Obviously, we can't actually tap into another person's feelings, but psychologist Lynn O'Connor explains that when we witness another person's suffering, our "empathy system is alerted, almost as if we were suffering ourselves."

Our initial flare of empathy, this "feeling into" another's suffering, happens automatically. Once we experience it, explain neuroscientists Olga Klimecki and Tania Singer, our empathy can go one of two ways: into unhealthy "empathic distress" or healthy "empathic concern."

Empathic distress is empathy that quickly turns "me-focused." We start feeling really bad about how bad we feel in the wake of our friend's empathy-triggering suffering — to the point that we're prone to duck our uncomfortable feelings by avoiding our suffering friend. (Nice, huh?) Empathic concern, on the other hand, motivates us to channel our empathy into action. We ask ourselves, "What can I do to alleviate this person's suffering?" and then get to it.

However, even healthy empathic concern has a dark side. You can alleviate somebody's immediate suffering but ultimately hurt them long-term, like when you show them that Daddy's always there to mop up after their irresponsible behavior with a big wad of dollars.

Possibly saving your relationship starts with understanding the complicated mix here. Though Dad is taking action on his son's behalf (as per empathic concern), he's probably driven by empathic distress: a longing to immediately alleviate the pain he feels from his son being in trouble. This is pathological empathy: empathy that ultimately harms both the person it's intended to help and the person doing the helping. For example, in addition to the negative effect on your relationship, you noted (in an email replying to questions I'd asked you) that endlessly picking up his reckless, lazeballs son's tab has tanked your boyfriend's own finances.

Of course, actual helping is judicious helping, like a tough-love refusal to make the consequences of Slacker Boy's actions magically disappear. Forcing this 20-something brat to get socked with the costs is probably the only way he'll get on the path to becoming an independent, fully functioning adult.

You get this, and you told me you've brought it up to your boyfriend "like once a month," framing it in "constructive terms." That isn't working, in large part because Dad has a habit that seems to serve him (at least on the immediate level): Son crashes and burns; Dad swoops in to sweep up the wreckage, and he gets that quick hit of "feel better."

So, though your boyfriend appears to be listening when you talk, he isn't really hearing you; that is, really taking it in and then opening his mind to the possibility that you're right. Only if he really hears you will you see whether he can look critically at his enabling and accept the immediate emotional pain it takes to do what's best for his son and your relationship long-term.

Since you've been unable to get through to him, you might seek out a mediator. A mediator specializes in helping parties truly hear and understand each other. (Find one with a relationship focus at mediate.com, or Google to find free or sliding-scale services locally.) There's also a DIY option from psychotherapist Nathaniel Branden. Spend 12 hours together in a hotel room: no books, TV, smartphones, naps, or walks outside. Except for bathroom breaks, you remain together at all times. Branden told me that when all "avenues of escape are closed off," couples experience real breakthroughs in communication.

If you try either or both of these techniques, and your boyfriend still won't come around, you'll at least know you've done all you could to try to save your relationship. Ideally, the "bonds" of marriage aren't the sort that involve you risking your house if Slacky Sluffoffsky is too stoned to show up for his court hearing.