There are always two sides to a story. Then again, there can be countless "sides," or perspectives, as revealed in David Auburn's fictional biopic of Vietnam-era journalist, Joseph Alsop. "The Columnist" opens at the Cascades Theater this weekend. 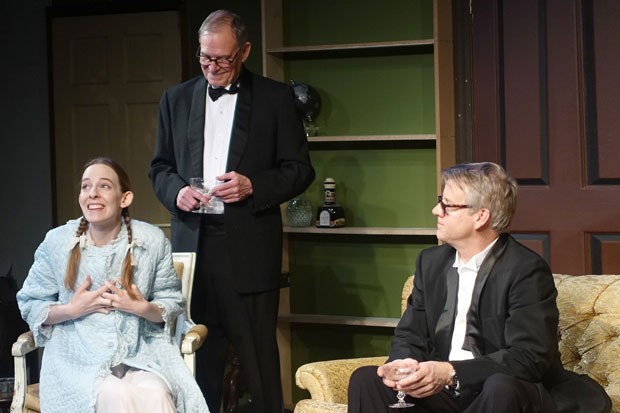 "It's about the life of Joe Alsop," Director Juliah Rae says when asked whether the play is all about the Vietnam War. "It's about the arc of his life. We all think this arc is going to happen and (we know) how it's going to end up," she says. Alsop's life was deeply affected by a tragedy during the peak of his career. "The same year that his brother died of leukemia, Joe just stopped writing his column. He wrote art books and other things.

"He said, 'I just lost the stomach for it,' she says. "He didn't change his feelings about the war – he was also in a Japanese prison camp (interned for six months during WWII). In his memoirs, he wrote something to the effect of, 'I still believe in the leaders post-World War II. I still believe in their vision. And the world has passed me by.'"

The playwright, Rae says, attempts to reveal the depth of Alsop's nature as well as his political leanings. "The complexity of the man continues to astonish me," she says. "He came from a very Republican—though Republican meant something different then—he opposed FDR's New Deal; but he and his brother Stewart went completely the other direction." At the peak of Alsop's career, his political column appeared in hundreds of newspapers across the U.S., but he's mostly remembered for his unshakable support for the Vietnam War effort. 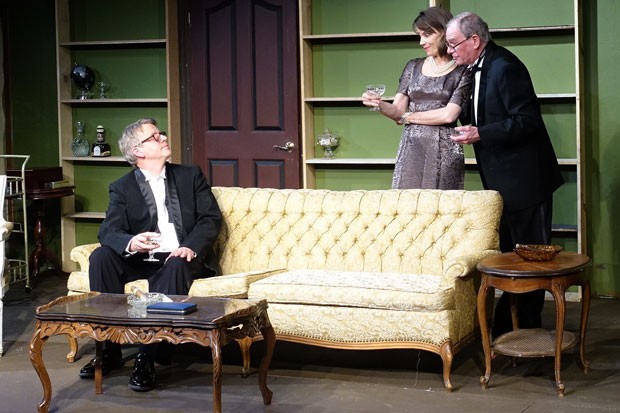 "Whereas his brother Stewart (who was also a journalist) was more amenable to listening," Rae explains, "Joe just wouldn't pay attention to 'those hippies.' Stewart understood that they (young liberals) were influential. He could relate it back to when they (the brothers) started becoming influential at that same age."

One turning point in Alsop's life, depicted in the opening scene of the play, was a homosexual encounter captured by hidden cameras in an attempt to derail his career. "He got compromised because he was a closeted gay man," Rae says. The Russian KGB placed hidden cameras in his hotel room with one of their male undercover agents and brought photographs to media outlets in retaliation for his anti-Communist writings. "There were a lot of people who heard about the photographs. At that time, that would have destroyed him, in 1957. That would have been the end of him."

The attempt failed. Alsop refused to be blackmailed. "After several days of interrogation and intimidation, he wrote everything down and took it to the Russian ambassador and the State Department," Rae explains. "He told them, 'This is who I am and this is what I am. If I am going to be finished (ruined), you are going to do it and not them.'"

His political column continued to be published until he retired, after the loss of his brother in 1974.

Rae says she hopes the play will cause audiences to at least ponder the complexity of the main character. "There are a lot of parallels, but I don't want to create the parallels to today. That's something I prefer never to do. I think if we do our job well, people will walk out thinking, 'there's something about that.' And they're thinking about it."