The sophomore slump is referenced in a lot of areas—academics, sports and even music., but Bend's own Tyler Martin (aka Tyler Martian) wants to make sure his next release is way better than the first.

This past weekend, Martin dropped the first single and video for his upcoming project, titled "Refined." The track is the intro to the upcoming release; Martin isn't sure if it will end up as an album or mixtape yet, but he says the songs keep on "piling in." 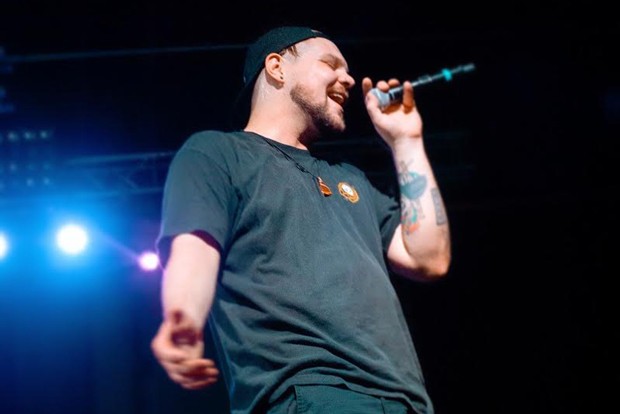 "Putting that first one out kind of put me into that 'what now?'" Martin said. "The next step for me was to figure that out. Just refining it and making it better and be able to operate on an established level."

The intro track is both mellow and uplifting and a really nice showcase of Martin's clever wordplay. "I've been passed by some hares, but I been playing the tortoise," Martin raps as he addresses his methodical approach to making a name for himself. The message Martin delivers on the intro, and to me during our interview, is clear: He's aiming for what's to come and setting himself up for success. His first project, 2019's "Animated.," was all about animating himself as a professional rapper. With the upcoming "Refined.," Martin hopes to do just that—refine all his work and level up at the same time.

Having been in the Bend hip-hop scene since he was 22, Martin, now 27, says the state of hip-hop here in Central Oregon is in a much better place than it was five years ago. Martin himself has started an annual series called Project Martian. Meanwhile a good number of venues have played host to hip-hop acts both regional and national.

I chatted a bit with Tyler Martian about "Refined.," set to drop later this year.

Source Weekly: When did you first start rapping and what drew you in?

Tyler Martin: I started rapping when I was probably a teenager. I was always musically inclined, but never with instruments, and I never really knew how to sing well. But I was writing poetry so I figured, hey, I could try out rap.

SW: Who were some of the artists that inspired you growing up and who do you look to now for that same feeling?

TM: As far as hip-hop goes, I first started listening to Atmosphere and Nas. Especially Nas' "The World is Yours." It started to pique my imagination—you know, maybe the world is mine? Nowadays, Joey Badass is a big influence of mine. He's very socially conscious and I try to put a focus on that in my music as well.

SW: As someone who was into poetry and makes music, how did the pandemic affect your writing?

TM: With everything going on at first I was very stressed out. I was confined to my living room. It's almost kind of condemning in a sense. It was kind of a speed block. As soon as I did get through it I was writing new songs every other day and new verses every day. That was kind of what got me through the anxiety initially, was having a creative output.

SW: On the "Refined. (Intro)" you dropped over the weekend, you talk a lot about ignoring people's negative opinions or thoughts on your music. How important is it to you to chase that dream?

TM: I think a lot of that roots from doing hip-hop here in Central Oregon. Technically, here we don't really have a demographic for a huge hip-hop culture. But also, I really just love the music. Part of the reason I got into music was to positively affect people as others have affected me.

SW: How important is it to you to speak on social issues in your music?

TM: The root of hip-hop came in the same sense that the root of punk music did. It was by the people, for the people. Honestly, as a white hip-hop artist I feel like it's important to be able to respect the culture and to actually be a part of it—not just take advantage of it. I think it's immensely important.

Related The Excellence of Murs: Hip hop lovers old and young should still be listening to this indie legend