Set aside everything you've read about sociopaths, much of which is probably wrong

Lately, women's magazines keep mentioning "sociopaths." What is a sociopath? From what I've read, it seems like both my exes were sociopaths. How do I avoid attracting others? 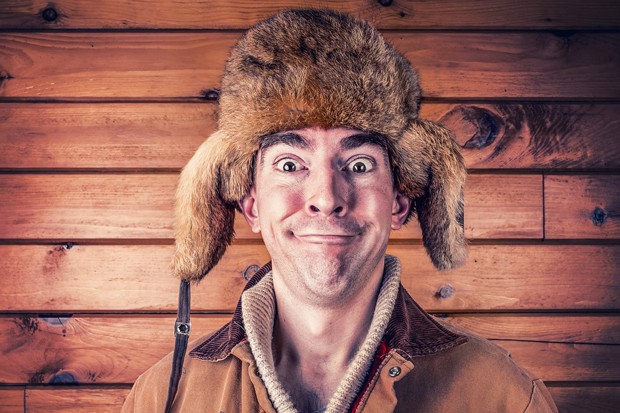 When a guy asks you on a date, it would be great if you could check him out on LinkedIn and be all, "Oh, look...endorsements for embezzlement, insurance fraud, and identity theft!"

Set aside everything you've read about sociopaths, much of which is probably wrong. Sociopathy and its nasty sibling, psychopathy, are manifestations of "antisocial personality disorder": a relentless pattern of exploitative behavior involving a disregard for the rights of others and a lack of guilt upon violating them. However, sociopathy and psychopathy differ in meaningful ways, though they are often written about as if they are interchangeable—in the media and (ugh!) even by researchers.

In short, sociopathy is "fire," and psychopathy is "ice." Psychopaths—the icy ones—are coldly calculating manipulators who fake caring about others but are incapable of forming any emotional attachments. (Think lurking plotters lying in wait.) Sociopaths are the fiery ones: impulsive, hot-headed, and boastful; easily enraged—even to the point of violent outbursts—making them more likely to end up in the slammer. Sociopaths sometimes form one-on-one emotional attachments, but these are typically pretty toxic.

Psychopaths are born, not made, meaning psychopathy is genetic and present from birth, reports forensic psychologist Scott A. Johnson. Sociopathy, on the other hand, is environmentally driven: typically resulting from harsh, abusive, indulgent, and/or neglectful parenting. There's "no known effective treatment" for either psychopathy or sociopathy. However, a psychopath "easily cons treatment staff" to get a positive progress report, while sociopaths tend to act out angrily and get cut from treatment programs.

You can't avoid attracting sociopaths, but because they're impulsive, explosive, and braggy, they can only hide their true nature for so long. You can be speedier at ejecting them from your life (along with other human nightmares) if you aren't too quick to be "all in." When you start dating someone, take a wait-and-see approach—over, say, three or even six months—and pay special attention to his behavior when he seems unaware he's being observed. See whether a guy actually is your Mr. McDreamy, rather than sliding into the temptation to simply believe that—making yourself prone to ignore behavior that suggests he has a big scoop of hummus where his conscience is supposed to be.

I'm a 22-year-old woman. I'm bothered my best guy friend's shift in priorities. We talked about meeting up, and when I asked about his schedule, he said it depends on the schedules of women he's meeting for dates. I found this really rude, especially because I always have the decency to prioritize my friends over any random romantic prospect.

Apparently, the lyrics of the Carole King classic, "You've Got a Friend," should've included disclaimers throughout; for example: "You just call out my name, And you know, wherever I am, I'll come running" ("though there may be a several-day wait if there's a really good opportunity for my penis").

The actual problem here is not the apparent shift in the guy's priorities but how they now differ sharply from yours—leading to an imbalance in what you put into the friendship versus what you're getting out of it. "Equity theory," developed in the 1960s by behavioral psychologist J. Stacy Adams (and originally applied to business relationships), suggests this sort of "inequity" leads to "dissatisfaction and low morale."

Recent research on equity theory confirms that we evaluate our friendships (and other relationships) based on how fair they are. We look for reciprocity: a level of mutualness in how much we and our friend are each investing in the friendship. When we perceive a friend is giving much less than we are, we get miffy and are motivated to put them on notice or give them the boot.

The guy isn't wrong to have more mating-focused priorities. However, you might decide it's too painful to remain friends with him. Telling him how you feel might inspire him to change his behavior (or hide it better)—my bet...for a few days or a week. Another option would be to make peace with the sort of friend he's able to be—which could be a temporary thing while he's on the hunt—and spend more time with friends who share your priorities.

There are friends who—upon getting your faint, staticky phone call for help from the Alaskan tundra—will drop everything, hop five planes, rent a team of sled dogs, and come rescue you...and then there are friends who will get on with dropping their pants on some chick's floor, telling themselves you'll probably get through to somebody else before your phone dies and you follow its lead. ("Testes before besties!")