Could national legalization be ahead?

For the first time in U.S. history, a congressional committee approved a sweeping reform bill that would remove marijuana from the Drug Enforcement Agency's Controlled Substances list, effectively creating coast-to-coast legalization. The bill would also expunge convictions for a number of marijuana-related crimes and re-invest funds—through a tax on the legal cannabis industry—into communities hardest hit by the drug war. 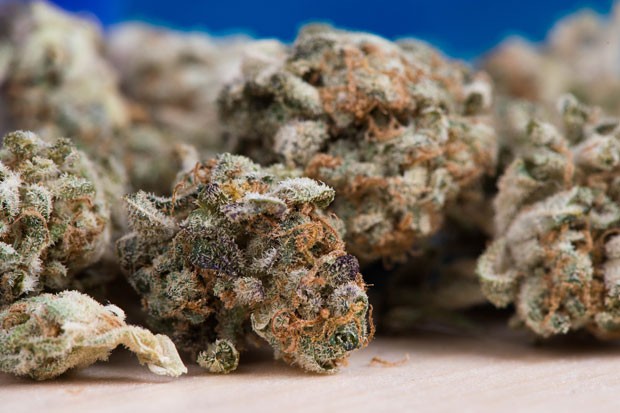 The House Judiciary Committee, chaired by Rep. Jerry Nadler (D-NY), approved the Marijuana Opportunity, Reinvestment and Expungement Act by a 24-10 bipartisan vote. The 24 yes votes included only two Republicans. This isn't exactly a harbinger of hope for a bill that, even if it passes the House, would be on a collision course with a GOP-controlled Senate, helmed by a Majority Leader with a bizarre personal investment in gridlock.

For all the progress made with marijuana legislation in the past decade—zero people lived in states where casual marijuana use was legal seven years ago—90 million people live in such states today. Yet, an outsized number of black and brown people continue to be barred from the burgeoning industry. Decades of prohibition has made capital hard to come by for marijuana startups, and even more so for people of color. Prior felony drug convictions are a legal barrier to entry into marijuana licensure, and black and brown people are nearly four times as likely to be arrested and charged for marijuana crimes, despite actual usage and illegal sales rates that are roughly on par with white people, according to the American Civil Liberties Union.

In an effort to address this, the MORE Act includes a provision providing funding from the Small Business Administration for minority-owned and small cannabis businesses. Fewer than one-fifth of all cannabis businesses in the country are owned by non-whites, and Oregon is no exception. As a cannabis industry lawyer, I counted about as many solar eclipses in Central Oregon as I saw people of color even pursuing a production, retail, or processing license.

The bill was introduced by Nadler, and Sen. Kamala Harris (D-CA), a 2020 candidate for president, who recently dropped out of the race. With two-thirds of Americans currently supporting full legalization, according to a 2019 Gallup poll, it's not a common theme on the Democratic campaign trail.

While some lawmakers are working to make marijuana legal, state and federal agencies are scrambling to keep it safe. The Centers for Disease Control and Prevention on Nov. 8 announced that Vitamin E acetate is a likely culprit in the vape-related lung illnesses suffered by more than 2,000 people nationwide, including 42 deaths. Two in Oregon.

The CDC conducted a test of vaping-product samples across 10 states from 29 afflicted patients. While either nicotine or THC were found in most of the samples, Vitamin E acetate was the common denominator in all 29 samples.

In light of this, on Nov. 21 the Oregon Liquor Control Commission affirmed its ability to ban "adulterants" in marijuana products. (Adulterants are defined by OLCC rules as "a foreign, inferior, poisonous or deleterious ingredient or substance that renders the marijuana item injurious to health.") This would appear to include Vitamin E acetate.

The CDC said that more studies are needed, and it's impossible to rule out other chemical compounds or adulterants as suspects. Still, this is the first potential toxin identified by any government agency since the crisis began.

In addition to banning Vitamin E acetate and being on the lookout for other adulterants, OLCC Executive Director Steve Marks announced that the agency is in discussions with the Oregon legislature to establish a state-run "reference lab" for marijuana testing. For now, the OLCC relies on test results from private licensee laboratories.

In order to determine the ultimate cause, the CDC and public health agencies need samples of vaping products, and afflicted patients won't always have samples available for testing (or they may be reluctant to provide them if they believe there's a potential legal consequence to doing so). Even if a patient does supply a sample, the sheer number of government agencies, hospitals and laboratories across the country all need to coordinate their findings. This isn't a lickety-split process.

In the meantime, don't panic, but don't forget that caveat emptor (vaper beware) has endured for a reason. Don't vape what doesn't come from an OLCC dispensary. If that's not enough caution for you, simply burn one down instead.